With seasonal residents and guests fleeing the Northern winter chill to revel in the warmth of our Gulfshore, this is one of the busiest times of the year for social events, from fundraisers for local charities and gatherings with friends and family to intimate, private dinners.

For caterers, the pressure is on to make every event more memorable than the one before. Long gone are the chafing dishes with lukewarm meatballs swimming in a sea of brown gravy, the plastic platters of white-bread, chicken-salad finger sandwiches, the crepe paper-and-carnation decorations. Hosts want original and beautiful décor, wonderful and inventive flavor combinations, and impeccable, reliable service. Here are the 10 caterers that Southwest Florida’s most discerning party-throwers have on speed-dial…

1. Born in Africa to an Indian father and Latvian mother, Chef Rita Bhaduri-Sterk revels in ethnic cuisines and unusual blends, like grilled Moroccan shrimp with preserved lemon dipping sauce. “I like doing things that are not exactly the norm,” says Bhaduri-Sterk, who once used a betta fish in a glass cylinder as a passing-tray decoration. A Culinary Institute of America graduate and veteran Washington, D.C., chef, she sold her first Naples catering operation about seven years ago. A little over a year ago, she launched Sauté Catering and is once again showcasing her “passion for unique foods” at local events. Sauté Catering, Naples; (239)734-4455, www.sautecatering.com.

2. Peggy and Chef Phil Lavigne have been creating successful occasions in Southwest Florida for nearly 15 years. They specialize in large events, but they’re also known for their generosity to local charities—such as cooking Christmas breakfast for domestic violence shelter residents. They know how to keep guests happy, with bite-sized fare and individual servings they can enjoy gracefully, while sipping and chatting. And if you plan to throw your own party, stop by their shop and pick up some prepared specialty dishes. Guests never have to know you didn’t make it. Gourmet Catering and Take-Out, 2500 Tamiami Trail N., Suite 111, Naples; (239) 263-5816, www.gourmetnaples.com.

3. At Ridgway Bar & Grill, food is prepared and served “à la minute,” and that’s what owners Tony Ridgway and Sukie Honeycutt strive for in catering as well—almost everything is cooked and plated on-site. Catering is an extension of this local restaurant institution; restaurant staff handle the cooking and Tony’s Off Third supplies wines from its 1,000 or so labels. Menus are customized for most events, whether it’s a wedding, a 50th anniversary or an intimate dinner party. “In my world, food is always No. 1, but in catering, the event is more important,” says Ridgway. Tony’s Off Third, 1300 Third St. S., Naples; (239) 262-7999, www.tonysoffthird.com.

4. Their cuisine is based on the great French tradition, but just as a classically trained musician can play any music, a French-trained chef can make magic with any type of cuisine, says co-owner Anne Matthews. In their 14 years catering to Naples, Matthews and Chef Fred Gardner have earned a reputation for professionalism, fine food and flexibility in customizing a menu—no matter how unusual the event. “We customize all our menus,” she says. “It’s never ‘One from column A and two from column B.’” Case in point: a recent two-night medieval party featuring roast suckling pig, goose and roasted apples. Matthews and Gardner, 1250 Tamiami Trail N., Naples; (239) 434-2611.

5. Rene’s Restaurant has drawn a loyal patronage since it opened in 1981, but bridge construction that nearly killed the restaurant gave rise to Rene’s Custom Catering more than 15 years ago. Catering kept the business operating until restaurant customers returned; by then, it had its own customer base. Today, business partners Rene Turgeon and Barbara Turgeon own two restaurants that share costs and staff with the catering business, which has built a loyal following by offering reliable service, a full liquor license and menus customized to each event—as small as two people and as large as 4,000. Rene’s Custom Catering, 7050 Winkler Road, Fort Myers; (239) 489-4424, www.renescustomcatering.com.

6. Standards, procedures and regular training promote consistency in service and product, but the dishes that CaterMasters’ chefs whip up are anything but the routine. Consider sliced root-beer leaf rolled in strip beef loin with tomato and onion relish. “You get a taste of the beef, then as you’re chewing, the flavor of the root beer comes out,” says Jon Phillips, co-owner with his wife of CaterMasters, formerly Cinderella Services. A seasoned chef himself, he works with CaterMaster’s chefs, veterans of The Ritz-Carlton and Four Seasons, to create its signature menus, and he emphasizes training so those inventive dishes are created and served with consistent good quality. CaterMasters, 2391 Davis Blvd., Naples; (239) 775-0040, www.catermastersinc.com.

7. Jordan Webster’s growing business keeps him busy as a bee—and these days, busy with bees. Using as much as 500 pounds of honey a year, Webster now raises bees and harvests honey for his confections, sauces and more. Trained as a chef and pastry chef, he started in business with a single hot plate. A dozen years later, he boasts a full kitchen and generator-equipped trucks that allow the caterer to “service thousands, cooking on site in a licensed kitchen” from Marco Island to Sarasota. J.G. Webster’s Catering Co., 17230 S. Tamiami Trail,
Fort Myers; (239) 437-6200.

8. Lisa Resch is a regular caterer for Saks Fifth Avenue and Naples Winter Wine Festival trustees, but you’ll more likely find her busy with some charitable organization, such as the Boys & Girls Club of Collier County, where she’s the culinary program director. That’s one reason why this Johnson & Wales culinary arts graduate is known as a caterer who can handle anything. She moved from Charleston, S.C., to Naples in 2001, opening Bin 58 and building it into a successful restaurant before selling it. About four years ago, she launched Carolina Catering Co., specializing in Southern cuisine, and featuring fresh vegetables, sustainable products and nothing pre-made. Carolina Catering Co., Naples; (239) 643-2665.

9. First with its market, which opened in 1948, and now with its catering business, which launched in 1992, Wynn’s is known for reliability, but don’t mistake longevity for banality. Chef Travis Eberhart came on board last year, bringing an emphasis on organic, from-scratch dishes to the menu as well as such mouth-watering specialties as Grand Marnier–glazed snapper served with gnocchi. With a dependable, attentive service staff and a rare in-house florist making events picture-perfect, Wynn’s is in high demand this time of year, catering five to six events per day. Wynn’s Catering, 1090 First Ave. S., Naples; (239) 649-7272, www.wynnsonline.com.

10. It’s a point of pride and one of the reasons behind the success of Jamie and Jacob Catering that owner Jamie Jacob is dedicated to keeping up with food, presentation and other trends in the catering business, such as salad-tini bars and gazpacho shooters. Now she has an additional edge on the competition: the White Orchid, a quaint, historic house with a sprawling lawn overlooking the Caloosahatchee River. Tucked into a lushly landscaped, secluded spot in downtown Fort Myers, it’s the perfect wedding location for a couple “looking for something a little out of the ordinary.” Jamie and Jacob Catering, (239) 433-2226, www.jamieandjacobcatering.com. White Orchid at Oasis, 3027 East Riverside Drive, Fort Myers; www.whiteorchidatoasis.com. 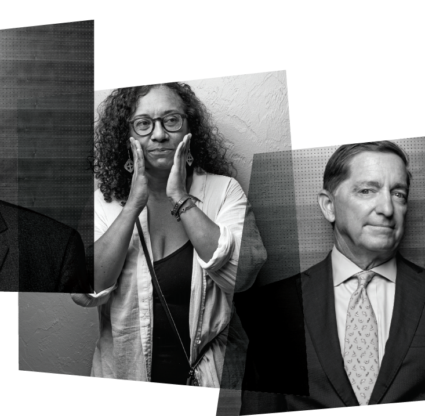 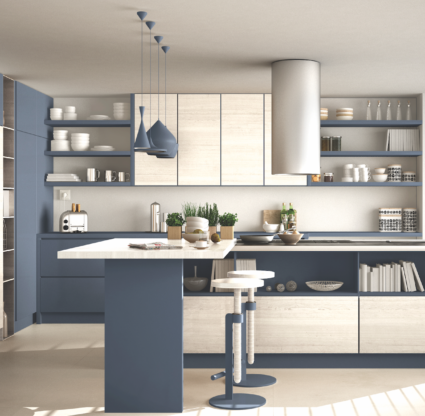