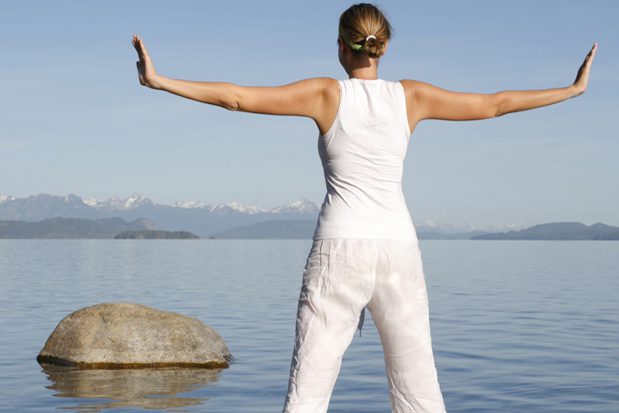 The future is almost here, and it looks like a giant chocolate chip cookie. At least that is the hope of researchers at the University of Tokyo, who’ve developed computer-assisted goggles that make the wearer believe that the small chocolate chip cookie they’re holding is actually twice the size (or more), tricking the brain into being satisfied more quickly. This virtual reality diet accoutrement makes the wearers believe what they’re seeing because the computer manipulates the size of their hand to make everything look perfectly normal. With the larger visual, subjects ate 10 percent less than a control group. Conversely, subjects who were shown cookies smaller than actual size ate 15 percent more.

In other experiments, the team added scent bottles that fooled the wearer into thinking a plain biscuit was a delicious chocolate chip cookie. Eighty percent of tested subjects were fooled.

Sharing a Bed Has Health Benefits

New research on sleep patterns of both men and women suggests that, counter to previous studies, couples may find health benefits simply by sharing a bed. Some scientists believe that merely sleeping with a partner might be the reason couples seem to live longer, healthier lives.

Studies by Dr. Wendy Troxel of the University of Pittsburgh imply that sleeping next to someone you feel comfortable with promotes a sense of security and safety, lowering levels of stress-related hormones. In turn, that reduces inflammation and boosts oxytocin, known to ease anxiety. Furthermore, the studies suggest that couples with differing sleep habits (and who may have opted for separate bedrooms) should work to accommodate each other’s patterns.

Graham Nickless, a sports columnist with The Sun newspaper in England, was vacationing recently along our sunny shores when tragedy struck: His brain began to bleed. Had he been home, which is nearly two hours away from any major hospital, he’d likely be dead. But he and his wife, Lesley, were here, just minutes away from Physicians Regional Healthcare System (PRHS). Even luckier, the hospital had just gotten the paint dry on its new innovative neurovascular surgical OR suite featuring the Artis zee biplane, a high-definition imaging system. Its technology gives three-dimensional views of the brain, small blood vessels and soft tissue, providing neuroendovascular surgeons such as Drs. Eric Eskioglu and Brian Mason of PRHS the ability to diagnose and treat “brain attacks” (strokes, aneurysms, bleeding, etc.) with great speed and precision.

Shortly after his treatment, Nickless got a clean bill of health. And while we hope you never need the technology, isn’t it nice to know it’s so close?

We’ve just discovered a new sunscreen from a Balinese company called Surf Yogis that is a rare combination of natural and effective (and delicious). Surf Yogis’ Surfscreen is made from cacao butter, cocoa powder, organic beeswax, virgin coconut oil and zinc oxide. It’s basically Nutella with serious SPF. It’s thick, and best used for the face and shoulders, but it lasts all day and is perfect for hanging 10 in the Gulf or driving to Key West with the top down. Your skin will thank us. surfyogis.com

Another Reason to Cut Calories

We’ve known for a while that reduced-calorie diets have been linked to longevity. But new research by Harvard University and published in Cell Stem Cell implies that short-term calorie reduction can improve a body’s ability to repair injured muscles by preserving stem cell function (which normally declines as we age). The study, which was conducted on mice, reduced calorie consumption by 20 percent for one week and by 40 percent for 11 weeks. Researchers then examined stem cell activity. They found significant increases in satellite stem cells of skeletal muscle compared to control groups. So what does this mean to you? If you’re not a mouse, not much. But human trials are forthcoming, so don’t be surprised if you eventually are told to seriously cut back on your food consumption to cure what ails you.

A Workout, with Meals Included

If you are truly serious about fitness and are looking to add a high-quality meal plan to your diet, a new fitness studio in Naples has got you covered. Ferrari Fitness, located in Bayfront, not only offers you the traditional trappings of a workout space—treadmills, ellipticals, personal trainers, etc.—it also features gourmet meals that are both delicious and low-calorie masterpieces.

Their menu currently has 21 items that sound amazing, including curry-rubbed chicken scaloppini with potato pancetta and Brussels sprouts at 360 calories, Szechuan-braised meatballs over whole wheat linguini at 500 calories, grilled lime tuna steak with crushed red potatoes at 451, cheesy eggplant lasagna with roasted sweet potatoes at 310 calories, and the list goes on and on. Each meal is created by Ferrari’s chef. You can place your order via phone, email or when you stop in for your workout and either pick it up on your next visit or arrange for delivery. Call 300-0039 or email [email protected].