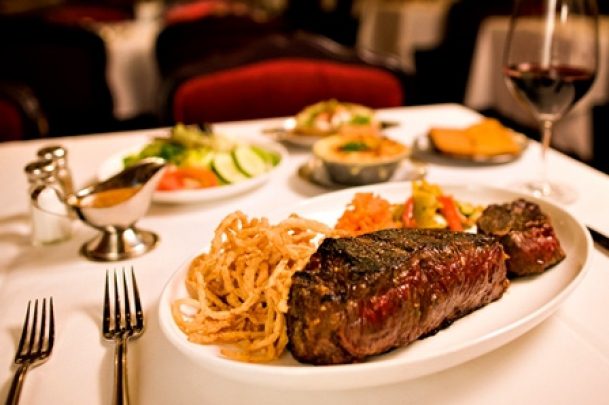 Only two Florida restaurants made the cut in Yelp’s first listing of the top 100 restaurants in the country, as rated by their users. To determine the top-rated restaurants, Yelp uses a complex algorithm that takes into consideration the number of reviews, frequency of reviews and the star ratings.

The two Florida selections are representative of the incredible diversity of the list itself, which mixes in temples of fine dining—Alinea in Chicago (No. 7),  Eleven Madison Park in New York(No. 22) and the French Laundry in Napa (No. 34)—with more humble offerings—Franklin Barbecue in Austin (No. 8), Blues City Deli in St. Louis (No. 29) and The Waffle Window in Portland (No. 48)

Garbo’s Grill, the Key West food truck a few blocks off Duval that has created a massive following, came in at No. 72.

On the other end of the spectrum, Tampa’s Bern Steak House—a Mecca for beef lovers for their dry aged, hand-cut-to-order steaks and perhaps the largest wine list in the world—came in at No. 96.

For comparison sake, Inca’s Kitchen gets the highest rating in Naples, with an average rating of 4.5 stars in 78 reviews.   Buon Appetito Café, with 4 stars in 27 reviews, rated tops in Fort Myers.