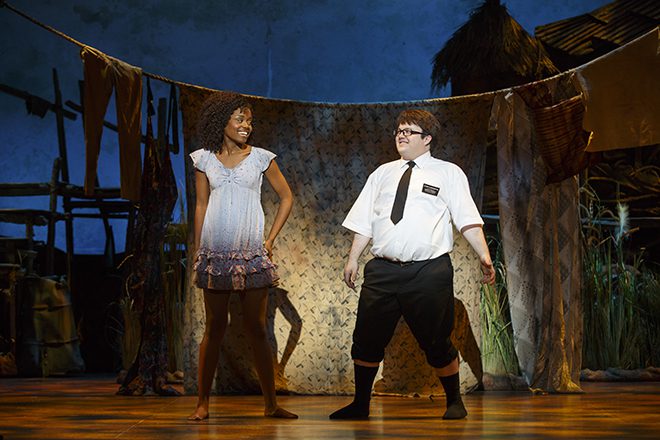 In an exciting collaboration, the Barbara B. Mann Performing Arts Hall and Artis—Naples are partnering on a two-week run of the biggest Broadway hit since Wicked’s witches first burst into song—The Book of Mormon. The show will play Jan. 6-11, 2015 in Fort Myers and then come to Naples Jan. 13-18. Each venue will host eight performances.

The nine-time Tony-winning musical from South Park creators Trey Parker and Matt Stone has taken the world by storm, first in New York and now on tour.  Normally, a venue would have to agree to several weeks of performances in order to recoup expenses and get a top-notch touring company to come to town. But Artis—Naples has always limited its Broadway runs to a week and in the past couple of years the Barbara B. has done the same. This collaboration allows for both venues to get the hottest theater product around in a format that works well for budgets and their audiences.

Tickets for this joint engagement are part of each venue’s Broadway series and are only available for purchase through each venue’s individual Series package.

For Artis—Naples that means if you subscribed to the Broadway series last year you can renew that subscription in April. If you want to buy the whole package this year, you can do it in May. For those who just want to see Book of Mormon, you have to wait until September for single tickets to go on sale.