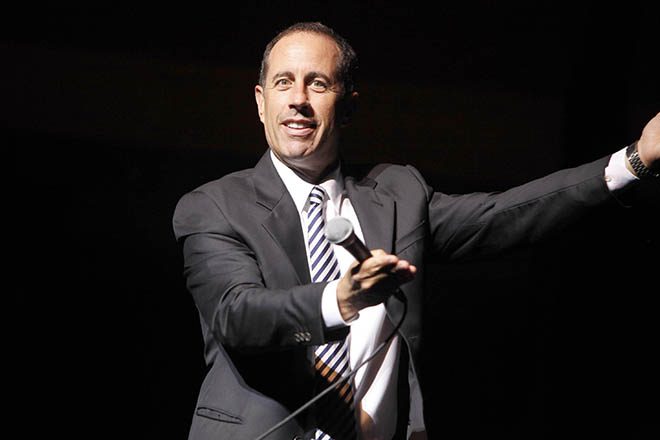 Artis-Naples announced it’s upcoming season on Monday with a few exciting names and a lot of stuff people will pay to see.

While the Hayes Hall headliners will certainly get headlines—Jerry Seinfeld, Vanessa Williams, the Beach Boys and Audra McDonald are among the biggest names—it’s the orchestra and museum that deserve the bated-breath treatment.

Obviously the Naples Philharmonic had to go big for its first season under the baton of new Music Director Andrey Boreyko. He’s responded with a diverse collection that includes the requisite Strauss, Beethoven and Mozart interspersed with lesser known Russians, such as Rimsky-Korsakov and Desyatnikov, and buoyant piano virtuosos—Liszt and guest pianist/composer Uri Caine.

Plus, there are some fun pops performances this year—The Music of Elton John, certainly seems like a must-see—and a few movies set to live orchestrations, Psycho and Singing in the Rain.

On the Baker Museum side, it’s getting easier and easier to see the fingerprints of curator Frank Verpoorten. Surrealist works from his native Belgium make up a show running from the end of January into May. And his area of specialization, European academic art, will be the focus of the most anticipated exhibit—a series of masterpieces from the Ecole Des Beaux-Arts, Paris, which are on tour of the U.S. for the first time in four decades.

Personally, I’m most excited for the Weegee street photography exhibition, full of candid crime scene photos and voyeuristic portraits of New York City in the 1930s-‘50s. And after the success of the Florida Contemporary exhibition this past season, it’s good to see another round of Florida artists on display next year.

Not everything on the Artis-Naples menu titillates. I’m not sure who is dying to see Garrison Keillor and Paul Anka, again—but even the tamest shows are likely to be near sell-outs.

There are acts coming through Florida, playing similar halls, that I’d certainly love to see make it to Naples. Lyle Lovett is at the Van Wezel in Sarasota in October. St. Vincent at the Fillmore in Miami, also in October. (In fairness, both of those halls are bigger.)

Balancing demographics and artistic desires is a difficult task. Certainly, with Boreyko and Verpoorten on board, the orchestra and museum are beginning to push and pull at that tension to unleash as much artistic potential as possible. The rest of the time, Artis-Naples comes up a little more on the demographics side of the equation.