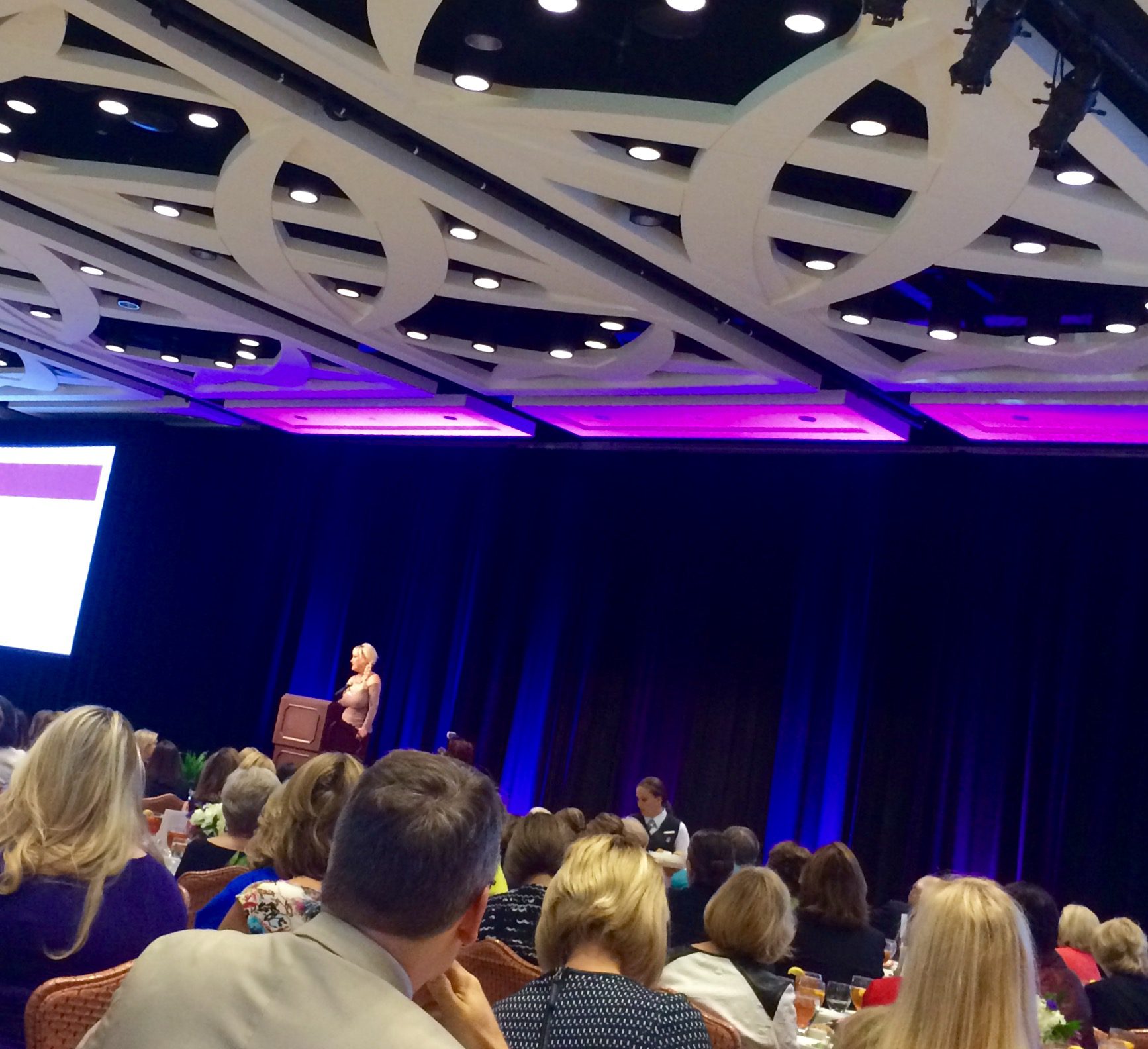 During her keynote speech at the second annual Power of the Purse luncheon—hosted by and in benefit of the Women’s Initiative Network at the Community Foundation of Collier County—the 54-year-old urged Neapolitans to empower themselves, trust their instincts and follow their hearts.

“We’re so powerful and we’re so instinctual, and we’re afraid to follow that heart, that gut and that common message,” Brockovich said during a one-on-one interview. “We turn away from it because it’s not necessarily that we don’t trust it; we’re taught not to trust it.”

Power of the Purse unbuckled its clasp at 11:30 a.m. last Thursday at The Ritz-Carlton, Naples. The event brought together close to 400 prominent members of the Naples community while honoring influential and powerful Naples women.

Delicious purse-shaped chocolates were devoured and the 2015 Women of Initiative were announced—then Brockovich came on stage.

She wore a low-cut taupe long-sleeved top lined in sequins for the occasion. During her speech, she spoke about being your own leader, inner strength and her mantra: stick-to-itiveness, or dogged persistence.

When asked during a one-on-one interview what the next generation could do to empower themselves, Brockovich responded with a sense of conviction: “Make a phone call and see a friend face-to-face or write a letter. I think they are going to lose something about that human element, lose something about one-on-one interaction—feeling, touching, seeing and observation.”

Brockovich explained why she shuts off her phone every day: “I think we could lose courage because we stand behind a text. It’s much more difficult face-to-face.”

Ladies bid on 20 designer handbags to benefit the Women’s Initiative Network Endowment Fund at the Community Foundation of Collier County.