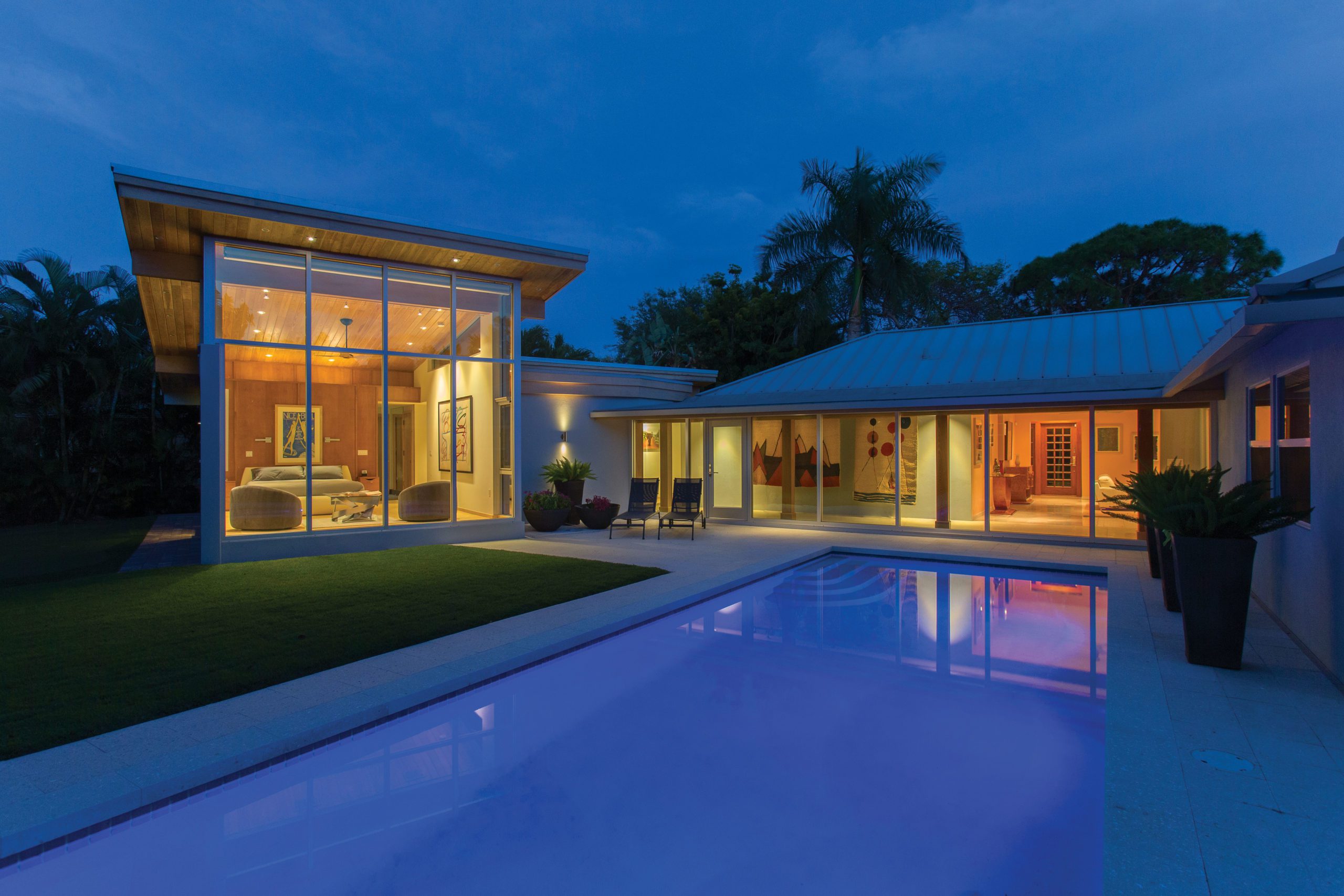 When a Washington, D.C., power couple decided they wanted a Naples getaway, they found a cozy home within biking distance of downtown. It was the spring of 2005 and they immediately gutted and updated the place with the help of a Washington architect friend.

“It was a little old Florida house,” explains the woman of the house and owner of a Washington-based public relations firm. “I like these. I’m not much for Tuscan mansions.”

The couple sought a peaceful space in this tropical paradise where they could escape for a weekend, or a week, but still accept emails and phone calls. Her work, partly as a crisis communicator, demands round-the-clock availability as does his at times, as a medical specialist and department head at a major D.C. university. When they want to relax and catch up on reading, the two appreciate the secluded and somewhat quiet space.

After numerous Naples retreats, their ’60s home felt small, especially when their adult children and others visited. This time, on the recommendation of their landscape architect, Ellin Goetz, they called in architect David Corban, who embarked on a project that would enhance the home’s subtle mid-century flavor and add significant space.

“They collect contemporary art and they are very much into clean lines,” explains Corban, who restyled the home’s exterior entry to include an aluminum sculpture with its modern, cypress entry. Indoors, modern furnishings are interwoven with an art collection that includes pieces by Andy Warhol, Robert Rauschenberg, Helen Frankenthaler and Sam Gilliam.

The addition of a new master suite eventually changed the home’s floor plan, providing lush outdoor views now drawing attention from nearly every room of the house. A collaboration by the architect and the homeowners resulted in a glass-walled loggia connecting the original home with the new addition.

An original loggia in the home was “old-fashioned,” the woman says. “It was dinky,” her husband adds. Today, the two appreciate their surrounding garden with a swimming pool that’s been repositioned to be the backyard’s central focus. “We back up to the alley and we don’t see anyone,” the man says.

Their tropical getaways from their Georgetown home continue year-round. “We love (Naples) in the summer,” the woman says. “We can sort of reclaim the city. It’s a completely different small-town feel.”

The definitive lines used throughout the home design are also evident in the master bathroom. Incorporated in the gray palette are porcelain tiles and LED lighting, which produces a lot of light with little heat, Corban explains.

The master suite provides lush views of the home’s backyard, with glass walls that soar to 16 feet. The home’s swimming pool was repositioned at the center of the reconfigured home, making it viewable from several of its living spaces.

Incorporated in the 1,200-square-foot addition, a spacious office allows the husband to overlook the home’s driveway while at work. Sleek lines were added here when a broad desk, cabinetry and shelving were incorporated into the room’s design. Tropical foliage obscures the street view, while still allowing plenty of light to enter. “If you make nice spaces and bring in a lot of light, you don’t need a lot of decoration,” architect David Corban explains.

The house’s original modern design  was significantly enhanced when the homeowners decided to add several rooms during its recent expansion.

CORRECTION In the November issue’s home feature, Beach Reveal, the name of the contractor is Golden Remodeling Inc., not Golden Construction as previously reported. Kathy Guyitt is the firm’s president.