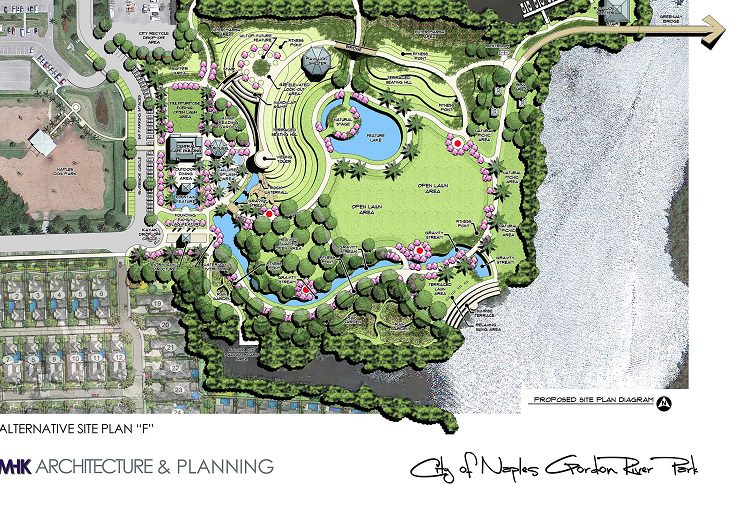 Gulfshore Life has been following architect Matthew Kragh’s career and influence for some time, and thus took particular notice of his mention this morning in the Naples Daily News. We read in the paper that the Naples City Council voted 4-3 on Monday to “go back to the drawing board” and hire another designer for Baker Park, for which Kragh and his firm, MHK Architecture & Planning, provided the master plan—pro bono. The park was planned as a terminus for the new and popular Gordon River Greenway, the project more than 25 years in the making.

As we explore in our April issue, due out any day now, Kragh is helping change the face of Naples with his residential and commercial projects. During an interview for the feature story, Kragh said Baker Park was one of his all-time favorites, one of his ways of giving back to the city he says has been so good to him and his business. The process involved, he said, a year of public input hearings he used to design the park around the vision of the community.

Naples Daily News says Kragh was telling people “it appears he’s ‘fired.’” What’s the rationale for this? He had Mayor John Sorey, former mayor Bill Barnett and attorney Sam Saad on his side—what do you think?