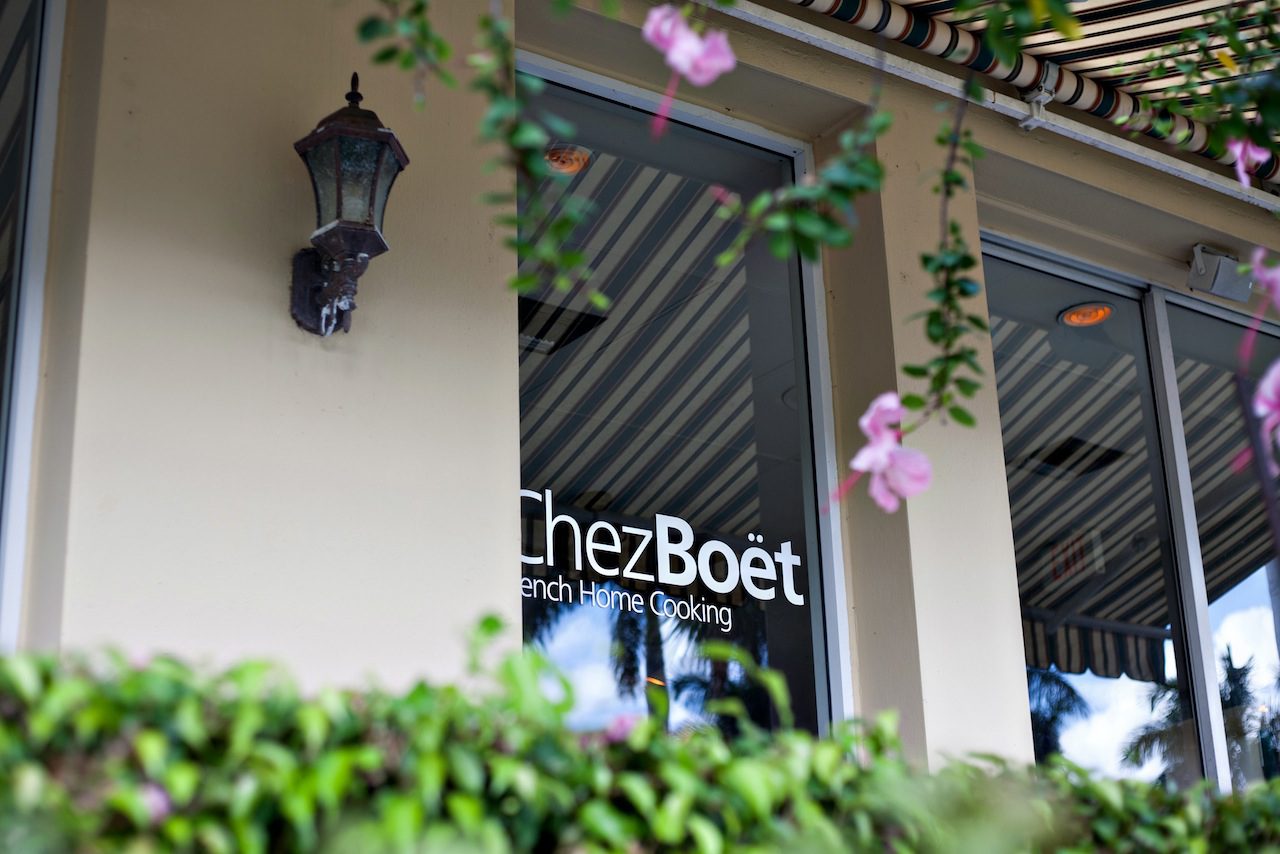 Philippe and Lisa Boët are no strangers to change. Arriving here in Naples almost two decades ago from France, they’ve continued to better their labor of (culinary) love, Chez Boët in Crayton Cove, and the city’s dining scene. From being founding members of Naples Originals (an association raising awareness of local, non-chain eateries) to revamping their home away from home several years ago (the restaurant’s original name when it opened in 2003 was Bamboo Café), they’ve grown their business with the times.

Two new developments have caught our attention—a green business designation for their use of organic produce and heritage-bred meats plus the founding of a travel company for food- and wine-focused excursions throughout their beloved Gallic countryside—but what has intrigued us most recently was the addition of a unique and expectedly sophisticated children’s menu. Developed with the help of the couple’s daughter, Isabella, the selections include a wagyu beef Bourguignon in a mini-cocotte and a mixed brochette (skewer) of fresh Gulf seafood.

You can bring the kids or grandkids any night of the week for dinner starting at 5 p.m., and we suggest heading over tonight (March 26) to try out the menu. The restaurant is opening half an hour early for a book signing by author Karen Bartlett, featuring $6/glass house wines for the adults and fun foodie facts for the pint-sized gourmands from Bartlett's new work, A Mostly Kid’s Guide to Naples, Marco Island & The Everglades. Both you and the kiddos will be chiming bon appétit.