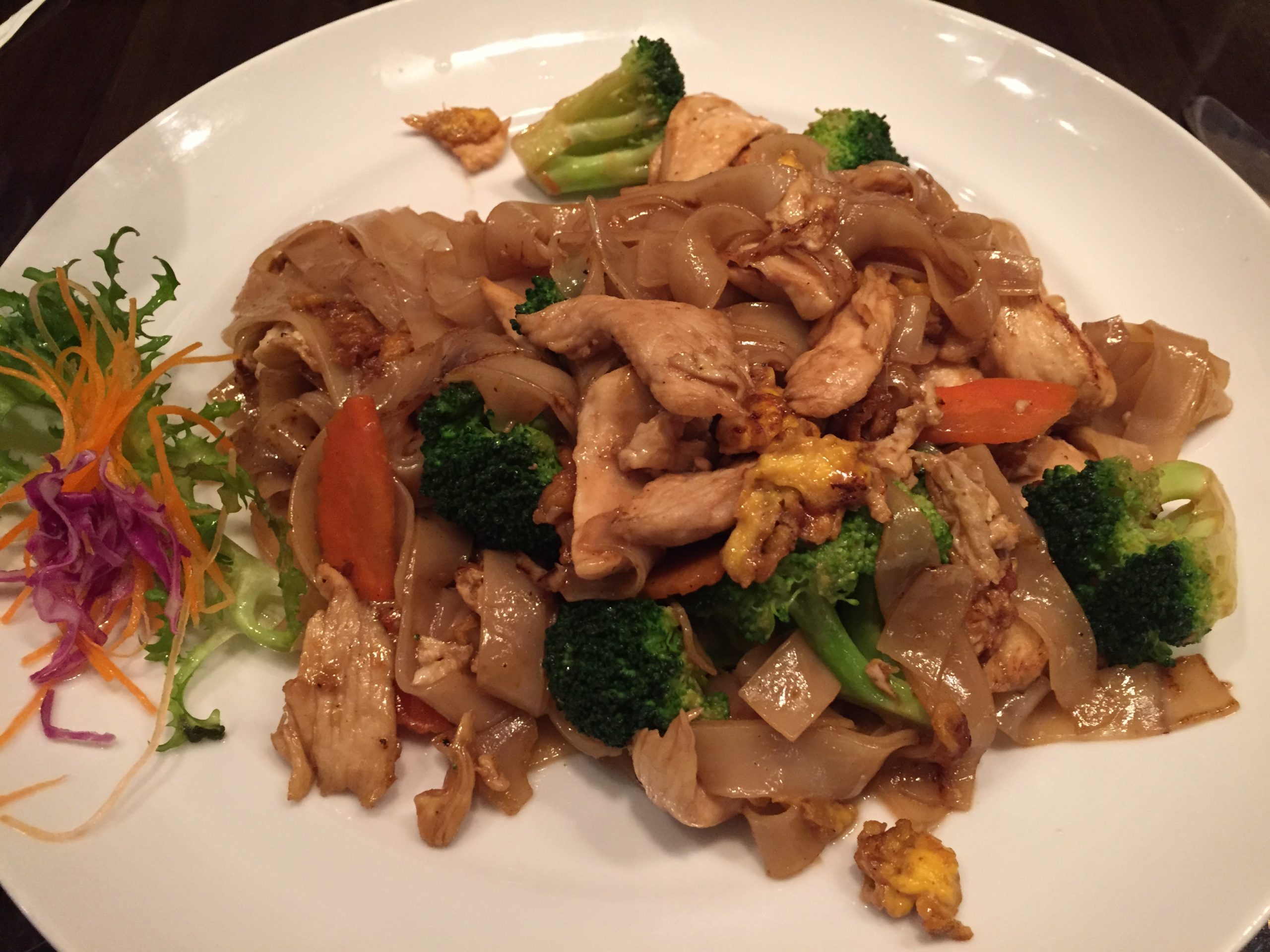 Getting caught in a rainstorm with an empty fridge is a losing battle on a Friday night. Factor in season and you're looking at a culinary Waterloo. Delivery waits skyrocket. I nearly choked hearing an hour and a half from one pizza place—and then the same from another. Lines for pick-up and dining in are no better. Which is why everyone needs a go-to away from the fray that offers tasty rewards to those in the know. My husband and I finally found ours in a Dennis the Menace-style scramble last week: Thai Udon Café. Its claim to directional fame is being next to an abandoned Sweetbay on Pine Ridge. But in and of itself, it's a lovely little storefront to have a relaxed dinner or an efficient lunch (the service is pleasant and quick—what it’s not is overly gracious or cloying). Since by the time my husband and I sat down we thought we might keel over from hunger, we took to the pan-Asian menu like a pack of wolves: steamed gyoza; tum kha and miso soups; and pad see ew and yaki soba noodles. As soon as they arrived, they disappeared. The appetizers were just what we were expecting and totally hit the spot (but if some tum kha fans like it really hot, ask the kitchen to kick the heat up a notch), and the noodles went above and beyond. Cooked to perfection, the springy, well-sauced carbs were loaded with crisp, brightly hued veggies and our choice of meat (we picked beef for the yaki soba, chicken for the pad see ew). Everything about our dinner was comforting, as was knowing we could return in a pinch for more great Thai and Japanese dishes.