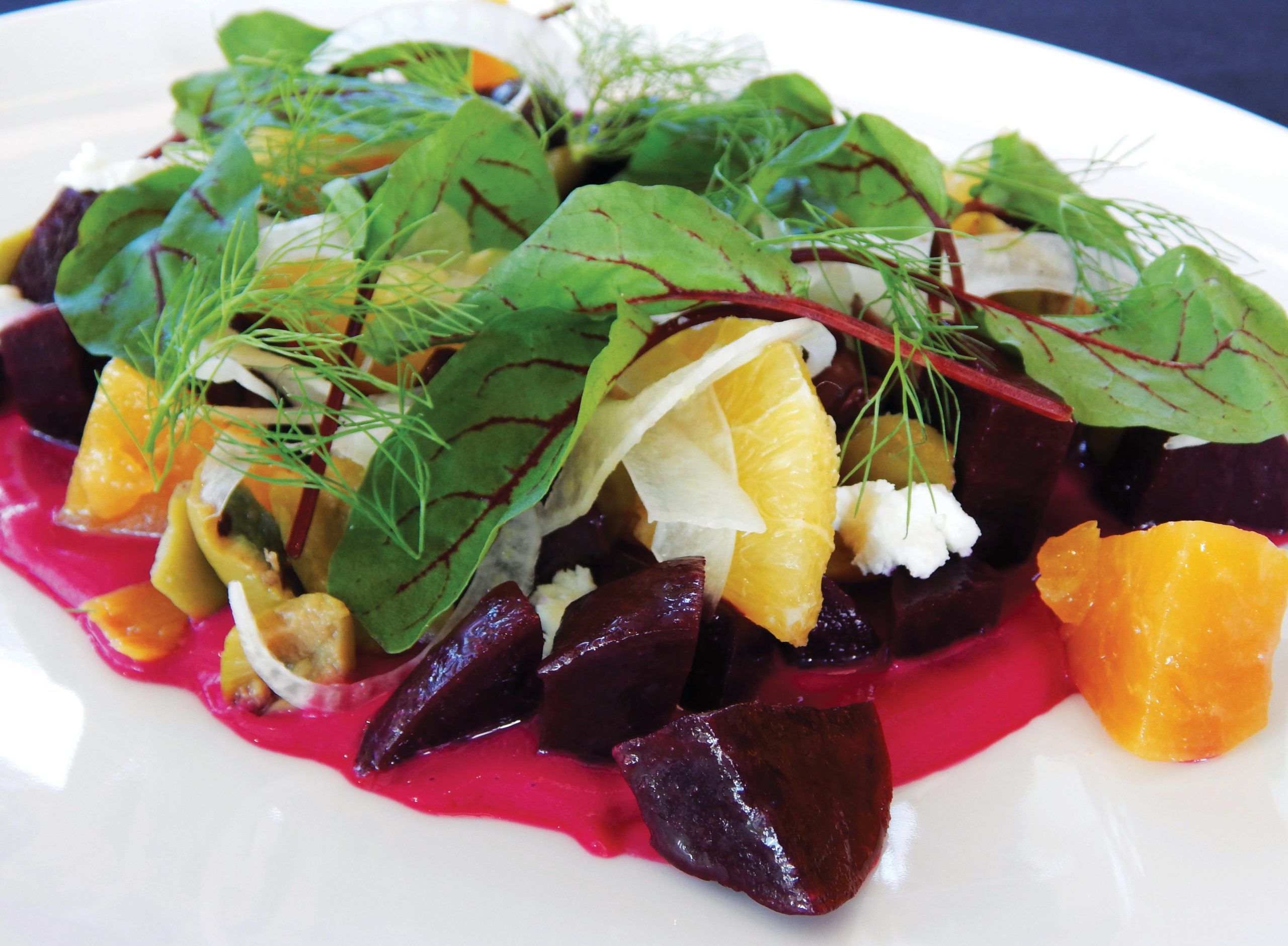 Farm-to-table? Been there. Garden-to-table? Now we have your attention. The best tree-canopied table in town is the new Fogg Café at Naples Botanical Garden. Chef Jack Raben of Lurcat Catering is growing a following for sophisticated sandwiches and salads incorporating herbs harvested outside his kitchen window. But the vision started with Brian Holley, the garden’s executive director. “No hotdogs! I definitely didn’t want cafeteria food,” Holley says. “We weren’t going to have hamburgers, but the ones we came up with are a mix of ground short rib and sirloin, and they’re amazing.” 4820 Bayshore Drive, Naples, 643-7275, naplesgarden.org/fogg_cafe.shtml

If you find yourself venturing to RSW, consider a detour to the Gateway subdivision for some Rock’n Sushi. The quiet, casual place with a neighborhood feel opened about a year ago, but it has been steadily gaining traction for specialty rolls, sashimi and other Japanese dishes—from a kitchen anchored by a chef who jumped ship from the standard-setting Blu Sushi. (Speaking of Blu, a third outpost is coming soon to the River District.) 11940 Fairway Lakes Drive, Fort Myers, 561-6566, rocknsushigateway.com

A small step for Naples could turn into a giant leap for Southwest Florida. Osteria Tulia, Vincenzo Betulia’s popular rustic Italian eatery with fine dining credentials, will be the first to host a James Beard Foundation (JBF) dinner on our shores. The April 15 event will feature six courses with wine pairings for $275 per person with proceeds benefitting JBF educational programs. The foundation is the food world equivalent of the Academy of Motion Picture Arts and Sciences, and its annual awards are epicurean Oscars. Recognition of Southwest Florida’s culinary achievements has been noticeably absent, but we hope the tide is turning—and it’s now on us to advocate for our all-stars during the JBF open call for nominations each year. For more information, see tulianaples.com and jamesbeard.org.

Hop on Over to Two New Brewpubs

Getting down to brass tacks, two brothers have opened the first Naples location of The Brass Tap (895 Wiggins Pass Road, brasstapbeerbar.com)—but this isn’t a regular bar in the growing Florida chain. Aside from 70 drafts and more than 150 bottles, the real draws are the four or five beers coming straight from glass-enclosed, state-of-the-art brewing equipment in the center of the restaurant (a first for the franchise). Between sips and nibbles, guests will be able to see a brewmaster at work and take classes from him on brewing basics.

The delightfully homespun Momentum Brewhouse (9786 Bonita Beach Road, momentumbrewhouse.com) holds the honor of being Bonita Springs’ first brewery, with the owner’s 28 original recipes rotating on tap. Its communal tables were designed for lingering: Some say it resembles a coffeehouse; we say it looks just plain cool. Events also play into the easygoing vibe, like “Pints and Poses” (beer-fueled yoga) and “Crafting with Craft Beer” (we can’t think of a better way to get the creative juices flowing than with a tall glass in hand).