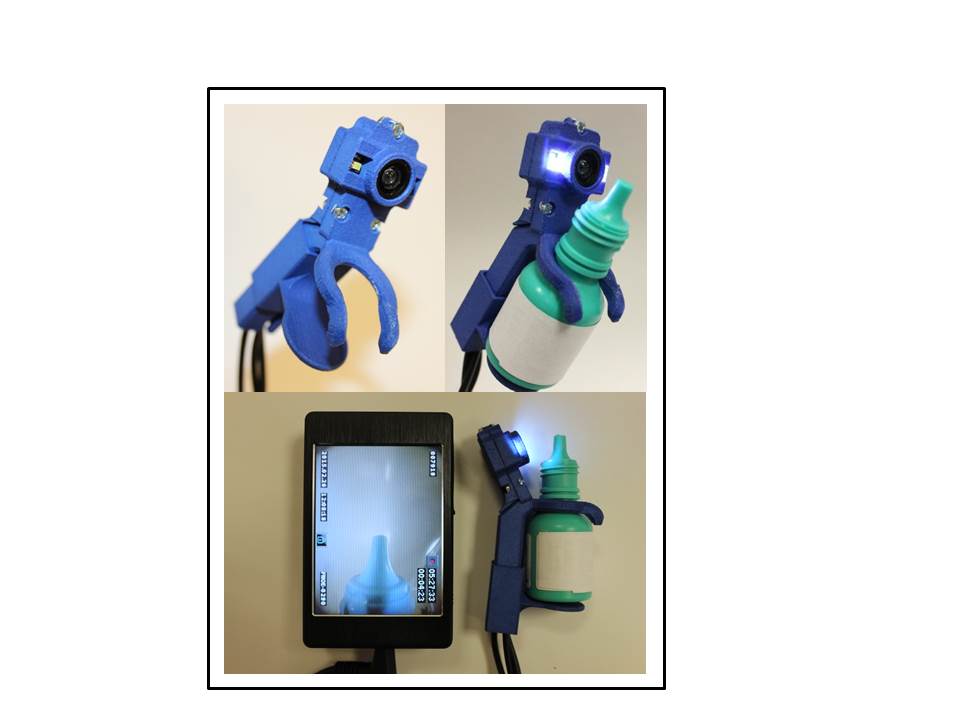 Sisters Ariana and Mia Allen will leave high school with a most unusual position listed on their resumes—medical researchers whose collaboration with a local retina specialist got top billing at a major ophthalmic convention this week.

Ariana, 17, and Mia, 15, are Fort Myers High School students who were required to complete a 150-hour community service project as part of the International Baccalaureate program. They decided to marry volunteerism with their interest in science.

Their mother is Dr. Alexandra Konowal, an ophthalmologist, who connected them with a colleague, Dr. Alexander Eaton of Retina Health Center. Eaton has a research and development division and happened to be in need of some assistance studying a new device, a video monitoring system he created to study whether patients were getting their prescribed dosage of eye drops—or whether they were missing their eyes.

The Eye Drop Application Monitoring System holds a bottle of eye drops, a light, a video camera and recording unit. The camera allows patients to video themselves as they administer their medicine. Eaton hopes that by reviewing their recordings he can learn how much medication they received and whether they were allowing the applicators to touch their eyes, risking contamination or infection.

Eaton folded some of Konowal’s glaucoma and cataract patients into his study. Ariana and Mia educated her patients on how to use the device and then reviewed the recordings to examine two questions: How did the amount of medication patients actually get into their eyes compare to the amount of medication they believed they administered? And, did the shape of the bottle—round or flat—make a difference in the medication’s administration?

“Most people were about 35 percent or more off from the prescribed regimen,” Ariana adds.

The findings about the shape of the bottle are somewhat more nuanced, but it appears patients have an easier time using the round bottles than the flattened ones, Mia says.

The sisters, who both aspire to be physicians, studied about 50 hours worth of video, about an hour for each patient. The study was approved by the Institutional Review Board, which oversees medical research.

They presented their findings at the Association for Research in Vision and Ophthalmology (ARVO), which draws physicians and other medical professionals from around the world. Ariana’s presentation about the patients’ success rate was listed among the conference “hot topics,” a distinction offered to less than 6 percent of the meeting’s abstracts, according to Eaton. Mia displayed a poster with the findings about the bottle shape to physicians, pharmaceutical representatives and other health care professionals.

“It’s hard to believe no one has ever been able to determine whether patients are really using their drops or not,” Eaton says. “That data is incredibly significant and has never been looked at before.”

“It seems so simple on the surface, but in terms of how significant it is to the eye care community, it is tremendously significant,” Eaton says.

Konowal says she prescribes drops after cataract surgery and to control glaucoma.

“Sometimes they keep getting worse, and we wonder are the drops not working or is something else going on,” she says.