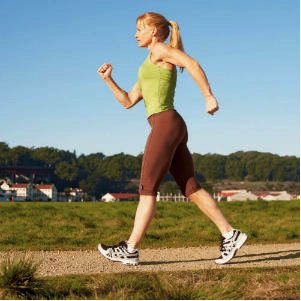 We won’t insult you by telling you how important it is to exercise. But we do have to talk about the real fitness question: How much exercise does one have to get to maintain or improve health?

A recent study in the journal JAMA Internal Medicine offers some guidance:

The study, led by researchers at the National Cancer Institute, Harvard University and other organizations, gathered data on more than 661,000 adults. The researchers categorized people based on how much they reported exercising—from couch potato to fitness buff, those people who work out for some 25 hours a week or more. They looked at 14 years’ worth of death records for the subjects.

The New York Times offers this summary of findings:

The takeaway message: Some exercise is better than none, and if you are worried about having to fit in lengthy, heart-pounding sweat sessions, relax. The biggest gains, it seems, are among those who can manage an hour a day and activities as simple as going for a walk.