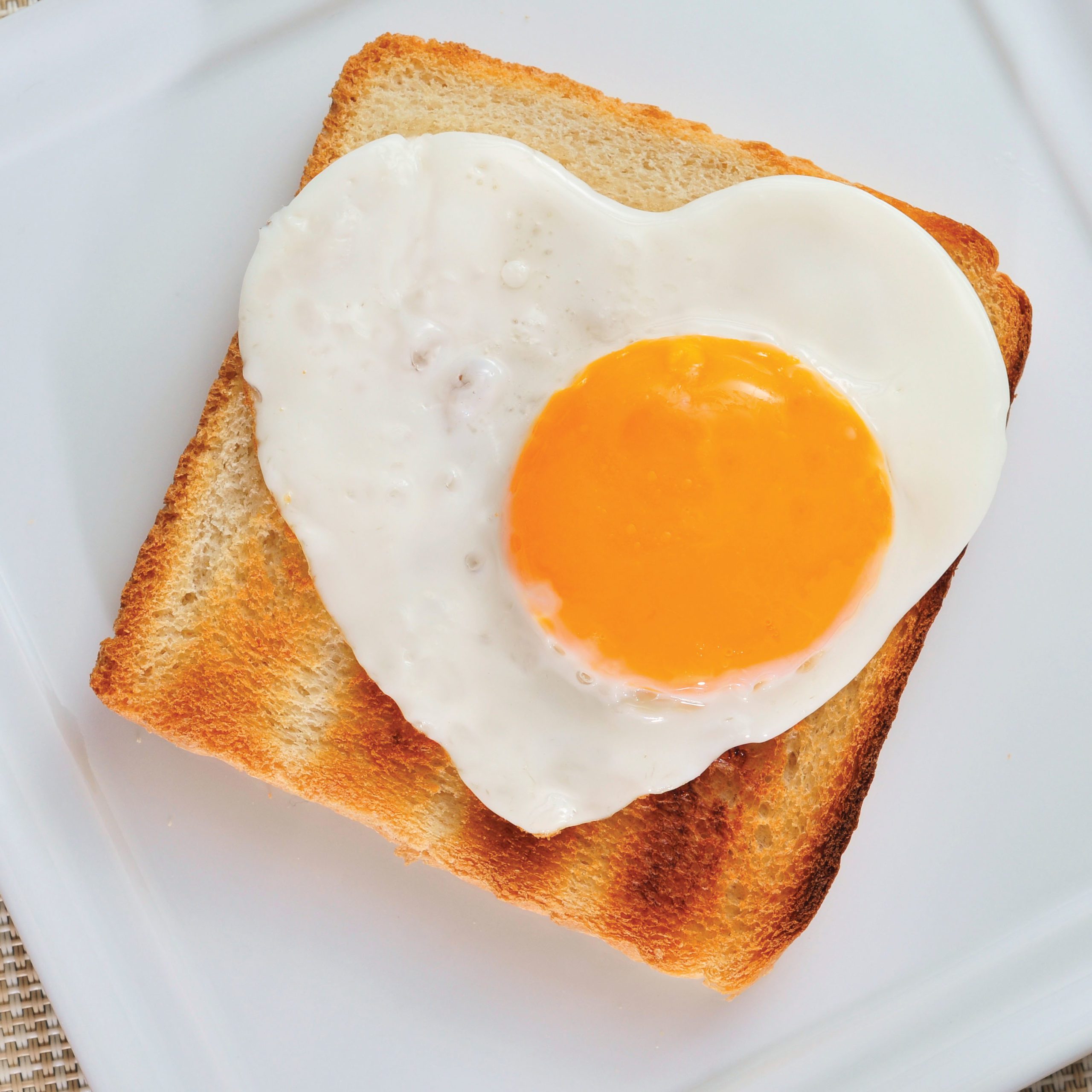 YES TO EGGS, NO TO SUGAR

Good news: Eggs are in! New federal nutritional guidelines are easing up on previous restrictions of cholesterol, suggesting we can add yolks back into our omelets and revisit the shrimp tray, though we still have to limit red meat.

Bad news: We are way too hopped up on sugar. The federal Dietary Guidelines Advisory Committee, which meets every five years to steer our eating habits, recommends we consume about 12 teaspoons per day or less of added sugar. Our typical intake: 22 to 30 teaspoons. The biggest culprits are sodas, juices and other sugary drinks. The World Health Organization has chimed in, too, with global sugar intake warnings (thanks, a lot, American diet!)

Other advice: Swap saturated fats, the kind found in meats, with unsaturated sources—fish, nuts, and olive and vegetable oils.

VEGGIE NEWS The raw foods diet may sound wholesome, primal and oh-so crunchy, but some vegetables—namely tomatoes, asparagus, spinach, mushrooms and carrots—allow better nutrient absorption if you cook them first, according to a summary of nutritional research compiled by Consumer Reports.

First came CoolSculpting, a technique using controlled cooling to eliminate fat. Now, plastic surgeons are looking to the opposite: heat, in the form of radio frequency energy.

ThermiTight uses a tiny probe that is inserted just below the surface of the skin and targets the collagen layer. Physicians then heat the skin, which helps reduce its laxity—and thus the sag that can come with age. The procedure can also melt away a small amount of fatty tissue. It is generally used on the face, neck, jaw line—and can also sculpt the arms, abdomen and back.

The Aesthetic Surgery Center, 11181 Healthpark Blvd., Naples, is the first practice in the area using the technology.

BAREFOOT IS OUT The barefoot and “minimalist” running trend has swung to the other extreme: luxe sneakers with cushions so thick they resemble platform shoes. These “maximalist” shoes have won favor with the ultra marathon crowd and are now gaining popularity among more recreational runners.

Buyer beware: The Federal Trade Commission is cracking down on the marketers of “melanoma detection” apps that claim they can detect skin cancer, even in early stages.

In two cases, the marketers of MelApp and Mole Detective have agreed to stop claiming the apps can analyze photos of users’ moles and assess whether the growths are harmless or pose a risk. The FTC says the marketers lacked proof the apps could make such a diagnosis.

Southwest Floridians do have to watch for telltale signs of melanoma—moles that are asymmetric, have uneven borders, show varying colors (benign moles are uniform), are larger than a pencil eraser, and change or evolve. Your best line of defense: regular skin checks by a dermatologist.

HOT FLASHES LINGER Bad news, ladies. New research shows that menopausal hot flashes can last up to 14 years. And, particularly unfair, the earlier they start, the longer they tend to linger.

A NEW APPROACH TO MACULAR EDEMA

Southwest Florida physicians Drs. Alexander Eaton and Hussein Wafapoor of Retina Health Center recently became the first doctors in the U.S. to treat diabetic macular edema using a new ILUVIEN implant (pictured) following the device’s FDA approval. The injectable implant is inserted into the back of the eye and slowly releases a corticosteroid for three years. In the past, these patients received a shot every one to three months to keep fluid from accumulating in the eye and causing vision loss. Diabetic macular edema is a leading cause of vision loss among those with diabetes, affecting an estimated 746,000 Americans as of 2010.

“Hopefully, this will be the first of many advances that will help reduce the number of treatments for patients who receive frequent injections,” says Eaton, who has practices in Fort Myers and Naples.

Now you can bike at night safely—and offer your neighbors a bit of a show.

Revolights was founded by a Stanford University graduate student whose LED lighting system is racking up all sorts of biking and consumer product awards. The arch-shaped lights are affixed to the front and rear tires and cast 360 degrees of illumination—a whirl of red and white light—once riders start pedaling. This helps eliminate one of the biggest nighttime riding hazards: the inability of drivers to see bikers from the side, according to the company.

Bike safety is of particular concern in Florida, the nation’s deadliest state for cyclists. Lee County last year had 215 bike crashes and eight fatalities; Collier had 137 crashes and two fatalities, according to data compiled by The News-Press.

A European practice of using “cold caps” to chill the scalp and preserve hair during cancer treatment is catching on in the United States.

The hair-saving technique requires users to wear a tight-fitting frozen cap for a period of time before, during and after chemotherapy, The New York Times reports. The strategy appears to work by slowing the metabolic activity of cells in the hair (chemotherapy drugs attack rapidly dividing cells) and by constricting blood vessels in the scalp, limiting the amount of chemotherapy that penetrates it.

The Food and Drug Administration is studying the caps, which have been in use in Europe for about 20 years. The Rapunzel Project (rapunzelproject.org), a nonprofit founded by breast cancer survivors, offers information on how to acquire the caps, research updates and sources of financial assistance.