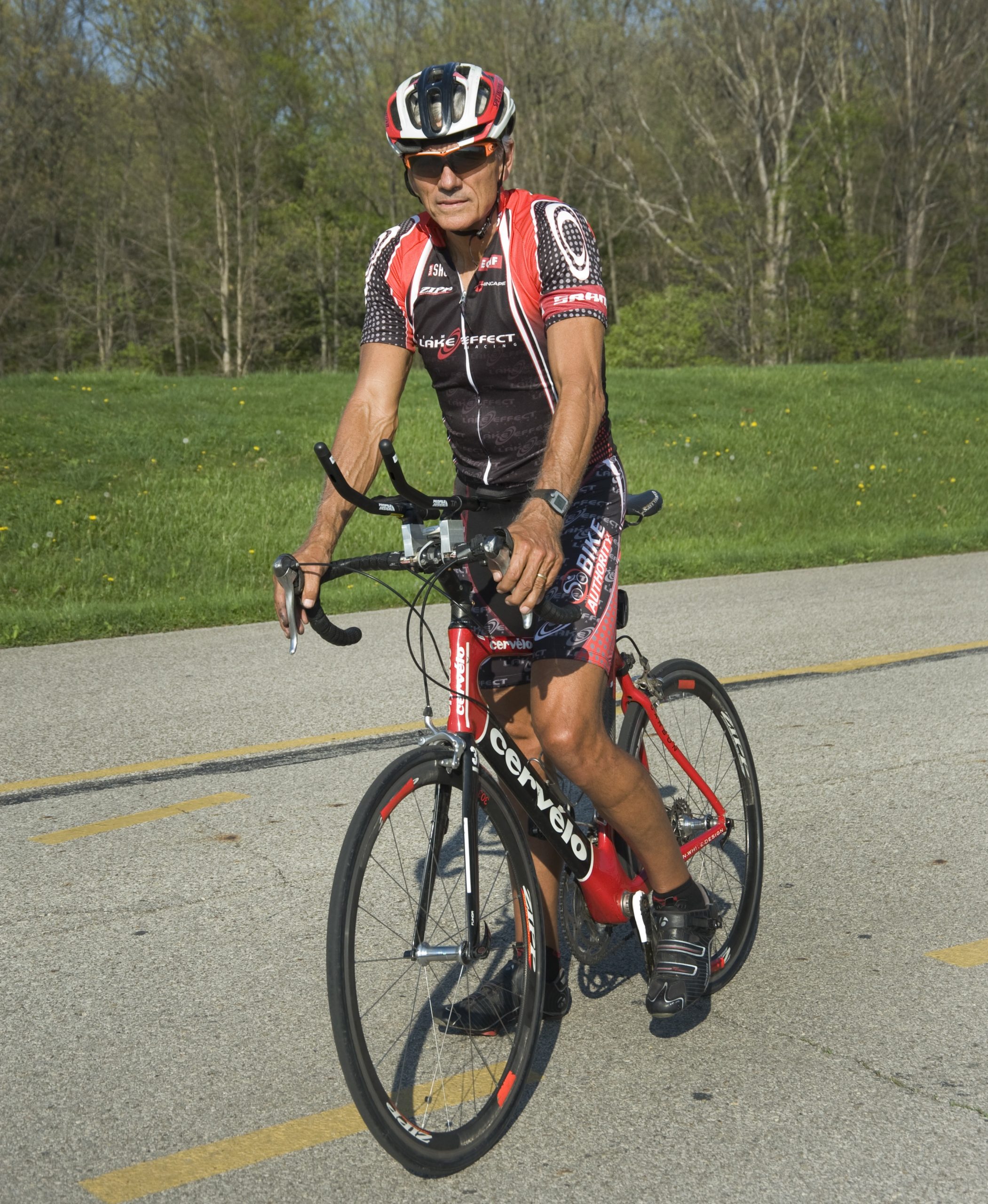 The race will be grueling. For three days, on a bicycle, Terry Bork will ride nearly non-stop through Southwestern desert. If he finishes on time, he’ll have achieved an ambitious goal for just about anyone. Keep in mind, that at age 67, he’ll be one of the oldest competitors to ever even try doing it.

The Naples resident will start June 16 on the Race Across the West, an 878-mile cycling competition from Oceanside, California, to Durango, Colorado. Bork will have three days and 15 hours to finish the race on time. With a caravan of support staff in tow, he’s planning being on his bike nearly 20 hours a day.

The Ohio native has had a life-long desire to compete, to push his body and mind to the extremes to accomplish an athletic feat. Endurance racing is an ultimate challenge of not just physical but mental performance. Can you survive the pain and suffering that comes with pushing your body to extremes?

“It’s all about putting up with the pain,” he says. “There’s nothing wrong with pain and suffering.”

Bork has been involved in sports most of his life. He played baseball at Bowling Green State University in his native Ohio. After graduation, while he was working his way up in the financial industry, he started running marathons. Eventually, he got into cycling—at first, socially, but then competitively about 10 years ago. About five years in, he was diagnosed with prostate cancer. It didn’t slow him. He rode his bike to get treatments. After he was cancer-free, he dedicated himself to endurance racing.

He came in first in his age category at the first endurance race he tried, Calvin’s Challenge in Springfield, Ohio. He continued to compete across the country, eventually working himself up to the Race Across the West. In 2013, he entered the race for the first time. He admits it didn’t go so well.

“We did it without much knowledge or experience,” he says.

The cramping started early on. He couldn’t shake it. He didn’t train for the steep climbs that come in the early part of the race. He also decided on a liquid diet, which wasn’t the best idea, either. After a day he couldn’t bear another sip of Gatorade. It got to the point where the cramping was causing him to veer toward oncoming traffic. His wife, Kay, and the support team told him he needed to quit. He protested. But at that point, even if he did make it across the finish line, it wouldn’t be in the allotted time. It was time to step off the bike. He had gone 764 miles.

“The motivation is that this is a little bit of unfinished business,” he says.

In anticipation for this year’s race, he has a coach who sends him weekly schedules. Sometimes he’ll ride hundreds of miles in a weekend. He’s more prepared for the steep climbs this time, having biked while traveling in Wyoming and Washington state. Earlier this year, he competed in the Ohio Cycling Challenge, a 400-mile race that takes riders through some of the hilliest terrain in the state. He finished second overall.

Joining him at the Race Across the West will be a five-person crew in two SUVs: his wife (an occupational therapist by trade), a trainer/mechanic, two media specialists to document his journey and a college buddy who used to be a former high school football coach.

He said he’s competing for several reasons. First, it’s for support. He’s raising money beforehand that he’ll donate to his alma mater to help build a new baseball stadium. Second, it’s to motivate. It’s to show, as his wife says, that, “You can be an athlete for life.” Lastly, it’s about competition. It’s that desire to beat the pain, endure the suffering, win out and then move on to a new challenge.

The journey is just a prelude to his ultimate goal: the 2016 Race Across America, the 3,000-mile tour from California to Maryland in June. If he completes the Race Across America in the allotted time, he’ll be the oldest ever to do so.