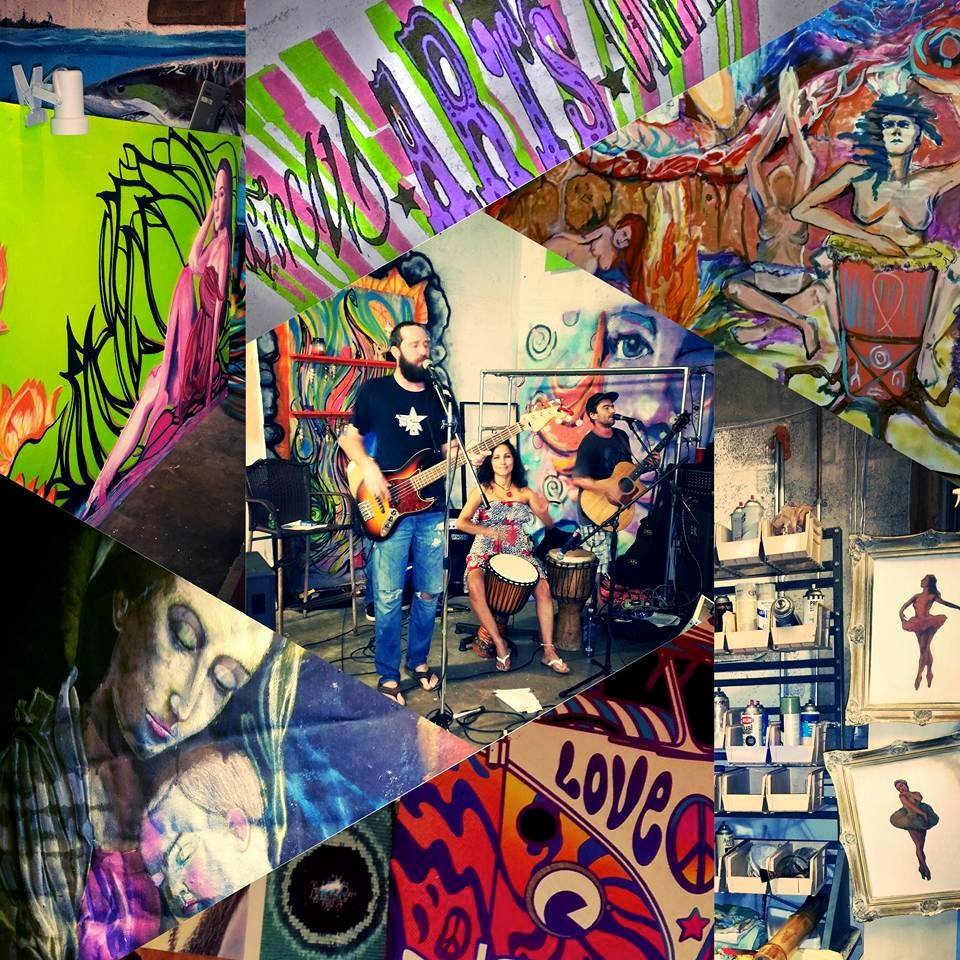 Brace yourselves, Southwest Florida. Suburbia is about to go urban funk.

Brian Weaver, the force behind Circus Arts United, a fast-growing band of street performers and artists, just announced his group’s new venture—the Epicenter, a place for artists and performers of all types to meet, mingle and share their talents with the public.

This new community art center, carved out of a warehouse near Page Field in Fort Myers, holds its inaugural event, the “Underground Battle of the Arts,” on Saturday starting at 8 p.m. and running until around 10:30 or 11 p.m.

Weaver, a self-described gypsy who most recently lived in Aspen, Colorado, moved to Cape Coral three years ago. He studied computer animation and graphic design in college, but his real passion is graffiti and street art—not exactly an established art form in Southwest Florida.

“It was extremely frustrating,” Weaver says.

He started networking and discovered there were in fact lots of quirky creative types here. What they needed to do, Weaver decided, was band together. Circus Arts United was born three years ago with an event in Cape Coral offered by seven artists, a break dance team and a group of fire performers. A whopping 40 people showed up.

The performer roster, however, kept growing and so did the audience. Circus Arts United now provides the entertainment for Mystery Walk, held monthly in downtown Fort Myers during season to crowds of 5,000 or more. Some 150 affiliated artists include aerialists, dancers, artists, musicians, unicyclists, glass blowers and potters.

“Street art has been around since the early 1900s, and it's really beautiful and I think it’s underappreciated,” Weaver says. “It’s starting to make a huge comeback.”

Weaver intends to host monthly events at the Epicenter. Proceeds will benefit Circus Arts as well as other area nonprofits.

“I’m really proud of Fort Myers. I think it’s really started to blossom,” Weaver says. “I think downtown Fort Myers especially is headed in the right direction to really put Fort Myers on the map as the arts capital of Florida.”