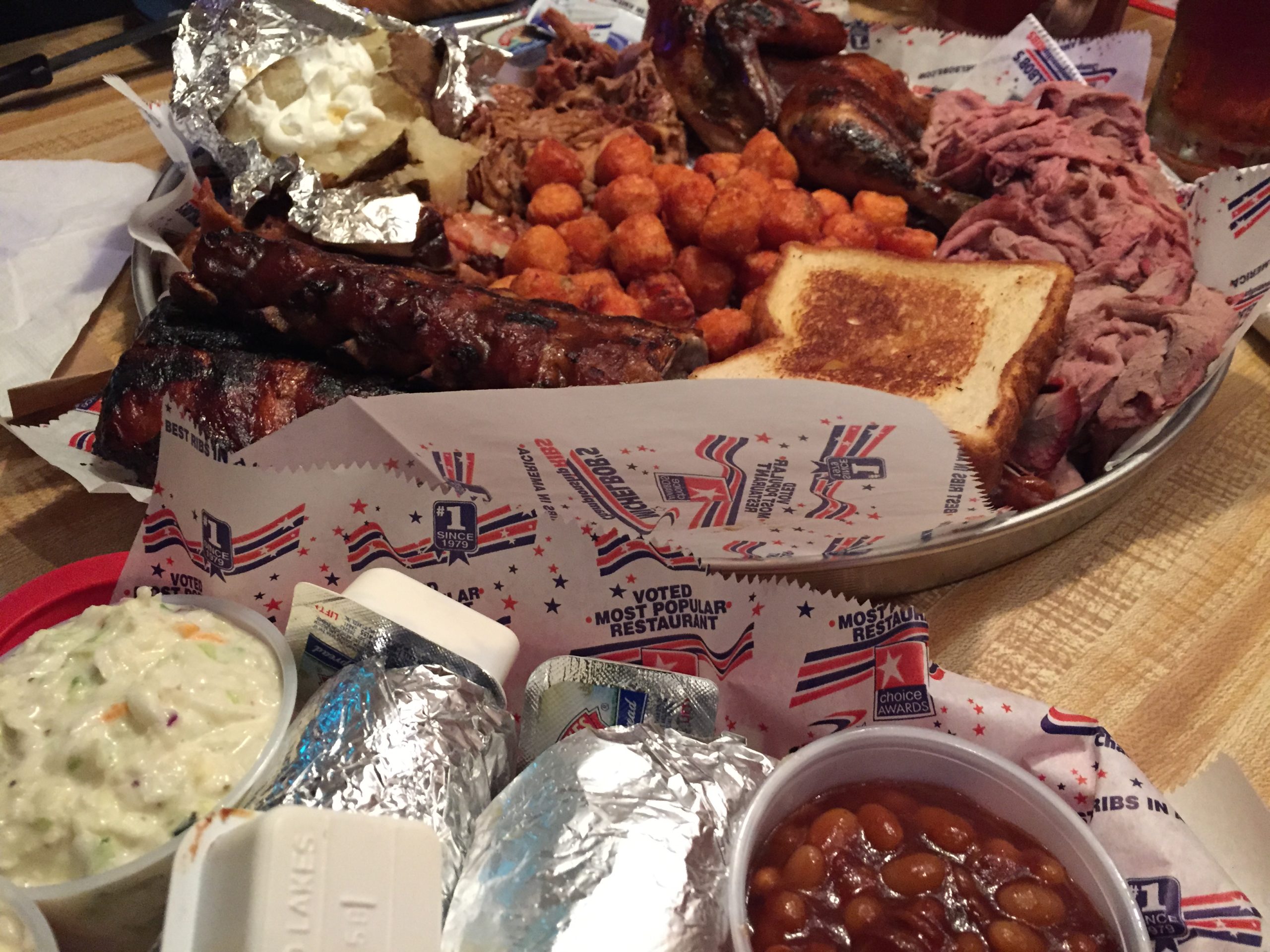 Now that the kids are out of school, at least to them, the next two months are a never-ending weekend. For those nights when there’s yet another sleepover guest or late play-date or several extra hungry mouths to feed, think outside the (pizza) box with some good, old-fashioned barbecue. We’re definitely not short on family-friendly smokehouses that have withstood the test of time—so perhaps it’s high time to roll up your sleeves a pay a visit.

Michelbob’s: For 36 years this den of righteous ribs has had a loyal following in Naples (plus a take-out crowd on Marco Island)—and did you know they serve meat only from the pig’s right side because the owner has a theory it is more tender? We’ll let you be the judge of that with “The Feast.” (For $45, it should be renamed “The Steal.”) You get three half-racks of baby backs, a half-chicken, pulled pork, sliced beef, Texas toast, corn on the cob, coleslaw and baked beans. Oh—I forgot the tater tots. It’s so much food it comes on an extra-large metal tray with the spillover in a basket. Needless to say, no one’s going hungry that night.

Rib City: Another hog heaven for ribs fanatics. Doors just opened last week at a new location in Fort Myers on Daniels past the Bell Tower Shops. Coming full circle, this Florida-based family company with franchise opportunities got its start in Fort Myers 26 years ago in a small space on 41. Older locations are still going strong, and new ones are cropping up along the way, but the barbecue sauce that started it all is the same sweet-savory, brown sugar brand of finger-licking yum.

Texas Tony’s: In Naples and Fort Myers, Pinchers Crab Shack is about as much of an institution in this relatively newly developed region as, well, Michelbob’s and Rib City. But several years back, Tony Phelan wanted to bring a bit of his native Lone Star State to the Sunshine State, and his Texas Tony’s Barbecue Shack was born on the East Trail. In the years since doors opened, it too has become an institution, earning a fan base for the orange-wood smoking method and an emphasis on rubs.