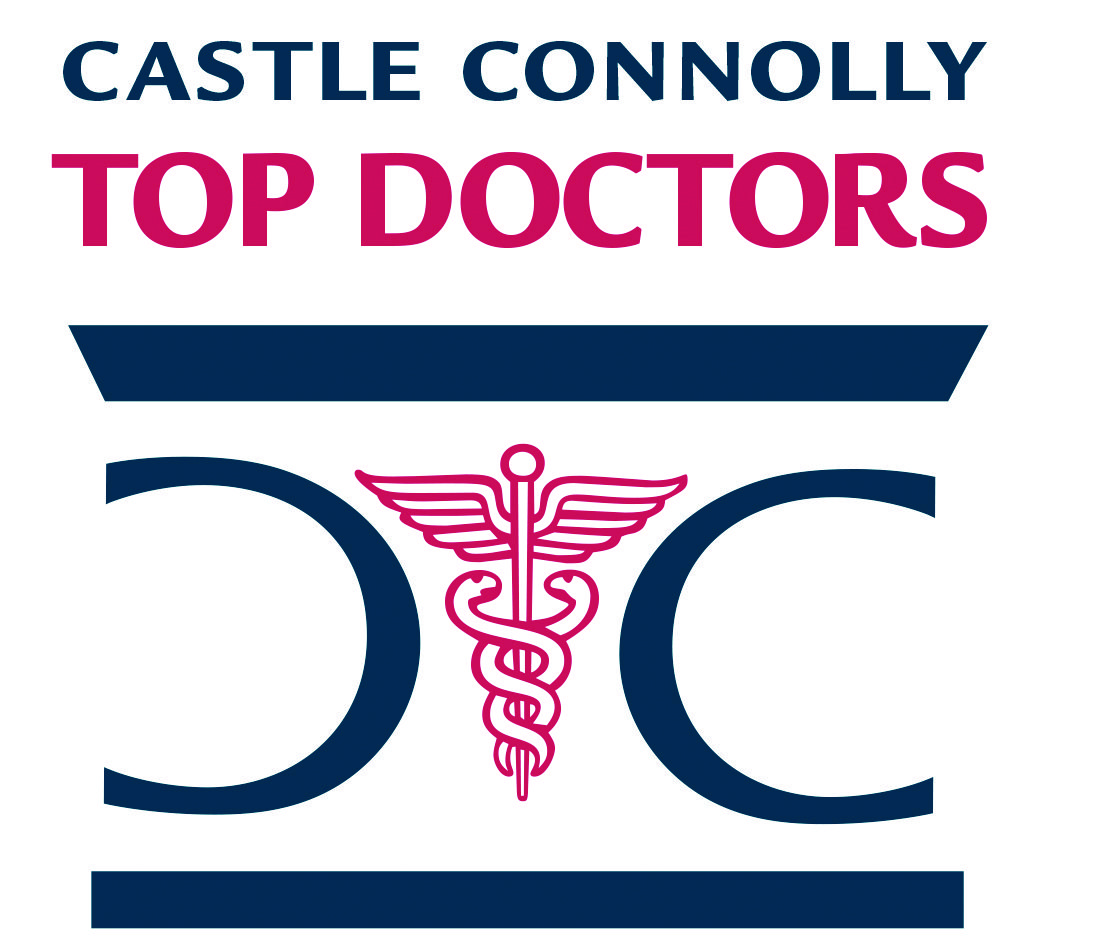 Aihara is taking the experiences gleaned at large academic medical centers and applying them here as medical director of Regional Breast Care, based at the Regional Cancer Center in Fort Myers. Her practice goes well beyond medical treatments and reaches into women’s emotional well-being, family relationships and post-treatment needs.

“(Breast cancer care) is not just about the patient. We’re treating both a woman and her family,” Dr. Aihara says.

The practice was established five years ago with the birth of the cancer center, a partnership among Lee Memorial Health System and private providers including 21st Century Oncology, parent company of Regional Breast Care.

“There really wasn’t a place where women could go and receive all of their care,” Aihara says. “The care itself was excellent, but it was kind of fragmented.”

Together with other cancer center practitioners, Aihara guides women through a host of services—treatment, nutritional counseling, wellness programs and, critically, post-treatment services. Aihara says cancer doesn’t end with surgery or the last round of chemo; women face rebuilding their bodies, coping with body image, managing fatigue and other concerns.

“These are things that people don’t really think about. They are a big part of our focus as well now that breast cancer is not as much a killer of women and more of a chronic disease,” Aihara says.

Aihara had been co-director of the breast clinic at Boston Medical Center, working with world-renowned experts in surgical, medical and radiation oncology. In addition to training as a breast surgeon, Aihara had extensive training in trauma and was a fellow in the Trauma/Critical Care Department at Boston University School of Medicine. Her first position locally was as a trauma surgeon at Lee Memorial Hospital.

She’d always intended to go back into breast care, and the Regional Cancer Center provided the opportunity to do so. She says she enjoys the long-term patient relationships and specialized care.

“Cancer care is not a cookie-cutter approach anymore. Every case is individualized,” she says.

“One of the things I’ve been amazed with is how powerful the women are,” she adds. “The most rewarding part of my job is to educate them and to help them understand the options and make decisions about their treatment. The majority of patients do so well, and it’s such a reward to see them go back to their lives.”

Southwest Florida patients who suffer from psoriasis, a painful and disfiguring skin condition, can be treated by the guy who wrote the book. Literally.

The medial staff at Riverchase Dermatology includes Dr. Charles Camisa, author of The Handbook of Psoriasis. He additionally has authored a number of peer-reviewed articles published in major medical journals.

And if that doesn’t credential him enough, Camisa has a disease named for him: Camisa’s Syndrome, or Camisa’s Disease. The doctor discovered a rare genetic variation of Vohwinkel’s Syndrome, a disease that causes honey-comb like callouses on the hands and feet. Sufferers of Camisa’s Disease would experience a thickening of the skin in the little toe or pinky finger so pronounced they’d lose circulation. Working with biochemists and molecular biologists, Camisa found the gene mutation responsible. There’s still no cure, but Camisa’s genetic finding helped chart the course for further research.

“When I went to college, I was most interested in becoming a veterinarian,” he says. That is, until he went to visit the veterinary medicine school one day. “When I went inside, I was not able to tolerate being around (the animals).”

Turns out, he’s allergic to everything from horses to dogs. Lucky for people.

Camisa went to medical school instead and discovered a knack for dermatology—a good visual perception that allowed him to diagnose what was presented to him with relative ease. He also liked that the specialty was limited enough that he could research “virtually every skin disease that affects humans.”

“There are over 5,000 of them, but by now I think I know them all,” he says. Psoriasis, though, remains his primary area of focus, and the reason many patients seek him out.

Before coming to Southwest Florida, Camisa worked at the Cleveland Clinic in Ohio. He transferred to what was Cleveland Clinic Naples, now known as Physicians Regional Medical Center on Pine Ridge Road. Camisa stayed for a while but decided for-profit hospitals weren’t for him and moved to Riverchase.

Today, he is heartened to see the advancements in the treatment of psoriasis.

“I really have to acknowledge the whole field. I am a small component of it,” he says. “I think it’s only a matter of time before a cure is discovered. We are getting so close to understanding the mechanism of the overgrowth of skin and the inflammation of the skin.”

Naples orthopedic surgeon Dr. Michael Havig has tended to the U.S. athletes at the 1996 and 2002 Olympic Games and regularly provides medical coverage to the U.S. Ski Team at World Cup events and training camps in North America and Europe.

“These experiences have helped me bring world-class care to the athletes of Southwest Florida,” Havig says.

Havig combined his love of sports—he’d been a Naples High football player, college rugby player, and is an avid skier—with a fascination for medicine he’d developed watching his father, a cardiothoracic surgeon.

“Fortunately, I never had a serious sports-related injury, but many of my friends and teammates did,” says Havig, who grew interested in why some people recovered from their injuries and returned to their sports and others did not.

He’s been working to return more people to the playing field ever since.

“It is very satisfying to see an injured athlete return to a high level of performance after recovering from a potentially career-ending injury,” he says.

Case in point: Havig a few months ago opened a local newspaper and saw a photo of a high school soccer player kicking a game-winning goal, propelling her team to the next round of playoffs. She’d been his patient.

Havig stays abreast of the latest technology. He’s one of three surgeons in the region using the MAKO robot to increase the precision of surgical procedures, and he uses platelet-rich plasma therapy to help tissues heal faster. Havig is also involved in developing new surgical techniques, sometimes in conjunction with Naples-based medical device-maker Arthrex. He’s working to repair rather than replace torn ACL ligaments, for example, in patients whose knee injuries may not require a graft.

“Reconstruction, no matter how good it is, it’s not the ligament that was there,” Havig explains.

While pushing the bounds of technology, Havig insists on good, old-fashioned doctoring, too. He dedicates lots of time to patients so they understand fully their injuries and treatment options. Havig has also served as the team physician for Naples High School for 15 years and takes care of a number of athletes from other schools, too.

“You treat people like they are friends or family, and you do your best to try to make them better,” he says. “When my patients don’t do well, it stresses me out. I really do take things personally.”

When Dr. Paul Raskauskas was growing up in Boston, doctors still made house visits.

“I had a family doctor, and I thought he was the coolest guy in the world,” Raskauskas says. He remembers the doctor chasing him around the house trying to deliver an immunization shot and stitching him up when he got hurt.

The physician’s influence held firm; Raskauskas went on to study medicine at Duke University and then Bascom Palmer Eye Institute at the University of Miami.

Today, he admits to loving his patients as well as ongoing research in the field of eye care.

“I thought I would really like to do something to help people—kind of like in the Bible, helping the blind to see and the deaf to hear … ophthalmology is like that,” he says.

For a long time, doctors could do little when diseases such as macular degeneration attacked patients’ retinas and stole their sight. And even now, treatments mostly halt, rather than cure, the diseases.

“But the difference between now and 20 years ago—it’s unbelievable,” he says.

Raskauskas and his colleagues at Retina Consultants are among the scientists spurring that advancement. The practice is home to the National Ophthalmic Research Institute, which participates in clinical studies of new drugs.

“The research is so crucial in this particular field,” he says.

He’s particularly excited about a phase-three study of lampalizumab, a drug that fights “geographic atrophy,” which is an advanced form of dry macular degeneration in which cells die, leaving the retina with hole-like blind spots.

“It looks like the Hawaiian islands, and then all of a sudden you have Greenland there,” Raskauskas says of the disease’s progression. “We have nothing for it right now. Absolutely nothing.”

But lampalizumab appears to be 80 percent effective in stopping the vision loss.

“I can offer patients this medication now,” Raskauskas says. “It’s something you can’t get elsewhere.”

In addition to his optimism for lampalizumab, Raskauskas is excited by the prospect of surgical implants offering a slow release of medicine rather than monthly injections. As much as he enjoys frequent contact with patients, he knows they’ll prefer long-term treatment.

“I am hoping that I am helping push the boundaries of our knowledge by doing these studies,” he says, “and for my patients I want to do my best for them—I want to treat them as if they were my family members. These people have become dear to me over time.”