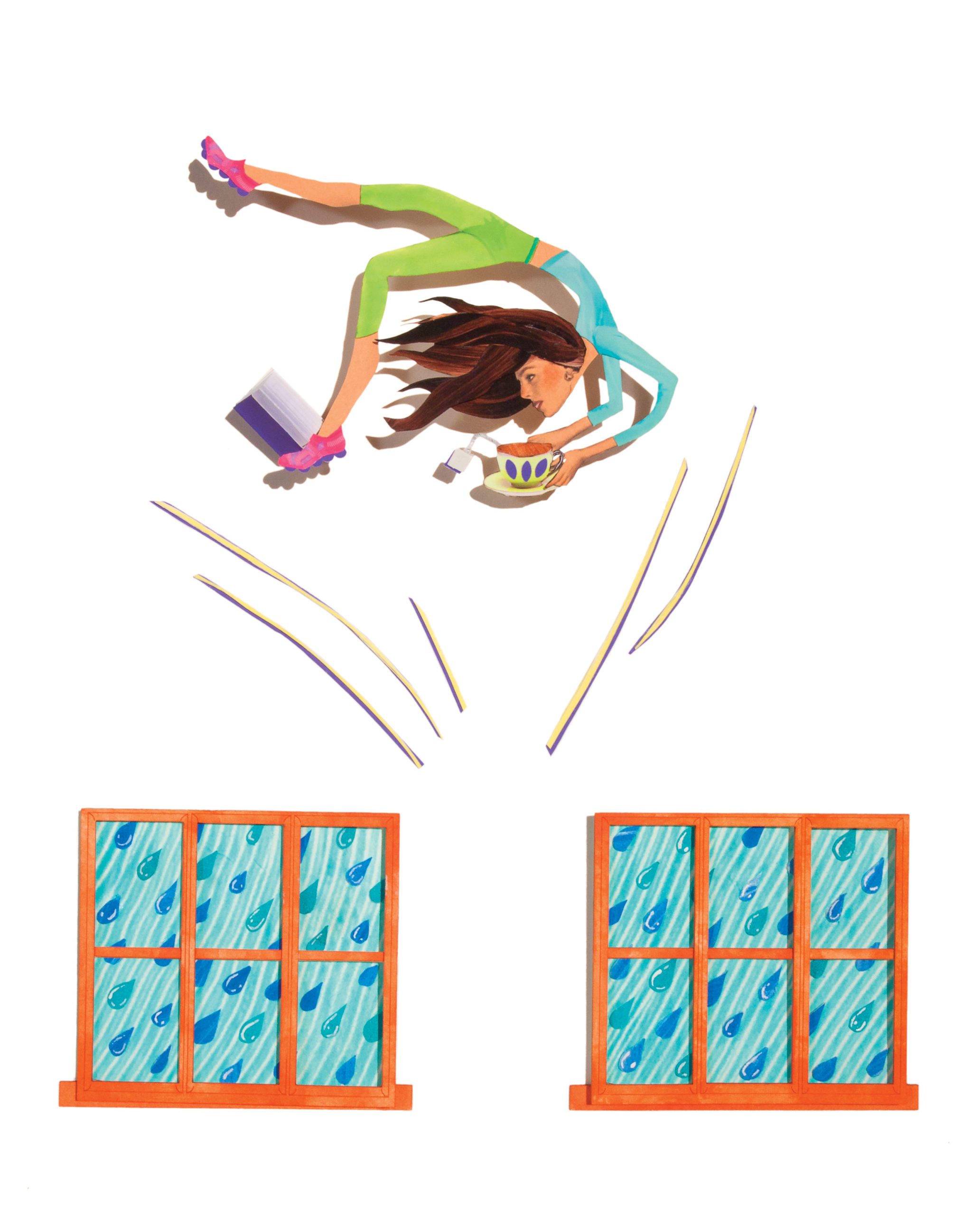 Sure, maybe you moved here to spend more time in the sun, but at some point during the summer—like, say, 2-5 p.m. daily—that sun can feel a little overzealous. And when those sticky temperatures and afternoon thunderstorms drag you down, the best solution for fun is to take it inside.

The snowbirds have long since flitted north, so the great indoors are all yours to enjoy. There’s no one to fight with over parking, no need to arrive at the theater an hour early to get two consecutive seats, no lingering diner to stare down as you wait for a table. Here’s your definitive guide for becoming a cool, indoor cat this summer.

Art Walk, which happens every first Friday of the month in downtown Fort Myers, has become a favorite local event. But if you wait until the following Tuesday, you can get a narrated tour of all the galleries, with additional info about their artists and pieces. Yes, technically you’ll have to go outside to travel between galleries, but the short walks will be worth it—just bring an umbrella in case of storms. sbdac.com

You probably remember the summer reading programs of your youth—when the local library rewarded you with stickers for every few Nancy Drew novels you completed. Well, now summer reading programs are for adults, too. The Collier County Library started one a few years ago and it’s been a smash hit. “People are especially surprised by the prizes,” says Patti DeGroot, who organizes the program. “I think they expected, like, pencils, but we give away restaurant gift cards and really nice stuff. The local business community has really been supportive.”

While you’re checking out your next book (any book, e-book or audio book counts toward earning a prize), stick around for one of the library’s many programs: weekly book discussions (like a regular romance novel group that covers the latest steamy reads), weekly film showings and educational lectures split among the different library branches.

In the past, the Centers for the Arts Bonita Springs really went to the kids when school was out, but not anymore. The center’s recently opened performing arts space has given its summer camps their very own area, which is great for the kids but even better for the adults. The summer adult class roster has never been thicker. “We have everything,” says Patrice Shields, the center’s marketing director. “We have stone carving and beading and improv; you name it, we have it.”

In season, classes book up three to four months in advance, but in summer you can often enroll with just a week’s notice. Most classes are beginner-friendly, and some don’t even require a multi-week commitment. “We have four-, five- and six-week sessions, and then we have mini classes, which are only two sessions,” Shields says.

Grab your bonnet and head to high tea at the Wisteria Tea Room & Café. Housed in a little 1919 Florida-style bungalow in downtown Fort Myers, this sweet tearoom serves more than 30 different types of tea, plus homemade scones, tea sandwiches and salads. Plan to stay awhile, as afternoon tea here quickly turns into a multi-hour experience. wisteriatearoom.com

OK, so maybe this is the thing you do when your grandkids are visiting and you need to wear them out before dinner. But Sky Zone—an indoor trampoline park with padded walls—is fun for the adults, too. Once you’ve been given special grippy socks, you’re turned loose on an oversize, wall-to-wall trampoline. When you tire of flipping and twisting in all sorts of gravity-defying ways, really channel your inner kid and launch yourself from a trampoline into a pit of foam cushions. Definitely bring your own hand sanitizer, and prepare to be sore the next morning. skyzone.com, 313-5448

See Nature (Without Being Outdoors)

There’s a time to enjoy a walk on Corkscrew Swamp Sanctuary’s glorious boardwalk (say, February), and then there’s a time to enjoy learning about nature from inside four sturdy walls. Start at the Conservancy of Southwest Florida, in Naples, where you can tour the Dalton Discovery Center and von Arx Wildlife Hospital. Catherine Bergerson, the Conservancy’s director of communications, says the touch tank in the Dalton Discovery Center is especially popular—and not just with the kids. All ages will also love the nature-themed movies that run in its theater every second Saturday afternoon during the summer (not to mention the complimentary popcorn).

If you’ve never been to The Bailey- Matthews National Shell Museum on Sanibel, summer is the time to do that, too. Sure, a shell museum doesn’t exactly sound adrenaline-pumping, but trust us: It’s worth the trip. Watch a movie that details everything you’d ever wanted to know about mollusks (and some things you didn’t), or turn the kids loose among the touch tanks. The museum has an awesome array of shells to look at, too—from the very tiny to the absurdly large. Bike to the museum for a dollar off admission. conservancy.org, shellmuseum.org

The kitchen at Norman Love Confections is always a cool place to be. (It has to be, or the chocolates will melt.) Couple that with the ever-present heavenly smells and it may just be the best place to escape to on a sweltering summer night. Norman Love offers year-round chocolate and pastry classes, but they’re nearly impossible to get into during season. Summer is your best chance to get in on the fun without a five-month wait. Learn how to temper chocolate or decorate cupcakes under the watchful eye of some of the nation’s most talented pastry chefs. normanloveconfections.com

If wine is more your speed, The Wine Merchant and Decanted, both in Naples, offer regular tastings during the summers. The Wine Merchant generally hosts them every other Wednesday from 5:30-7:30 p.m. starting in June. “I usually open up eight or so wines to let people try,” says storeowner Charleen Bridgett. At Decanted, tastings are held most Thursday evenings and usually feature an expert from a winery or one of the store’s certified sommeliers discussing the varietals being poured. thewinemerchant.net, decantedwines.com

Solve a Murder—on a Train

It was Colonel Mustard, with the chandelier, in the dining car. Or was it? The Murder Mystery Dinner Train is one part hokey and many parts awesome. Board the train in Fort Myers and return after the mystery has been solved—and dinner served. The cars have been lovingly restored to match the time periods depicted in the plays, and the costumes are fabulous, too. Know that the train does move—you go north about 20 miles before turning around and coming back—so if you’re prone to motion sickness, this might not be for you. semgulf.com