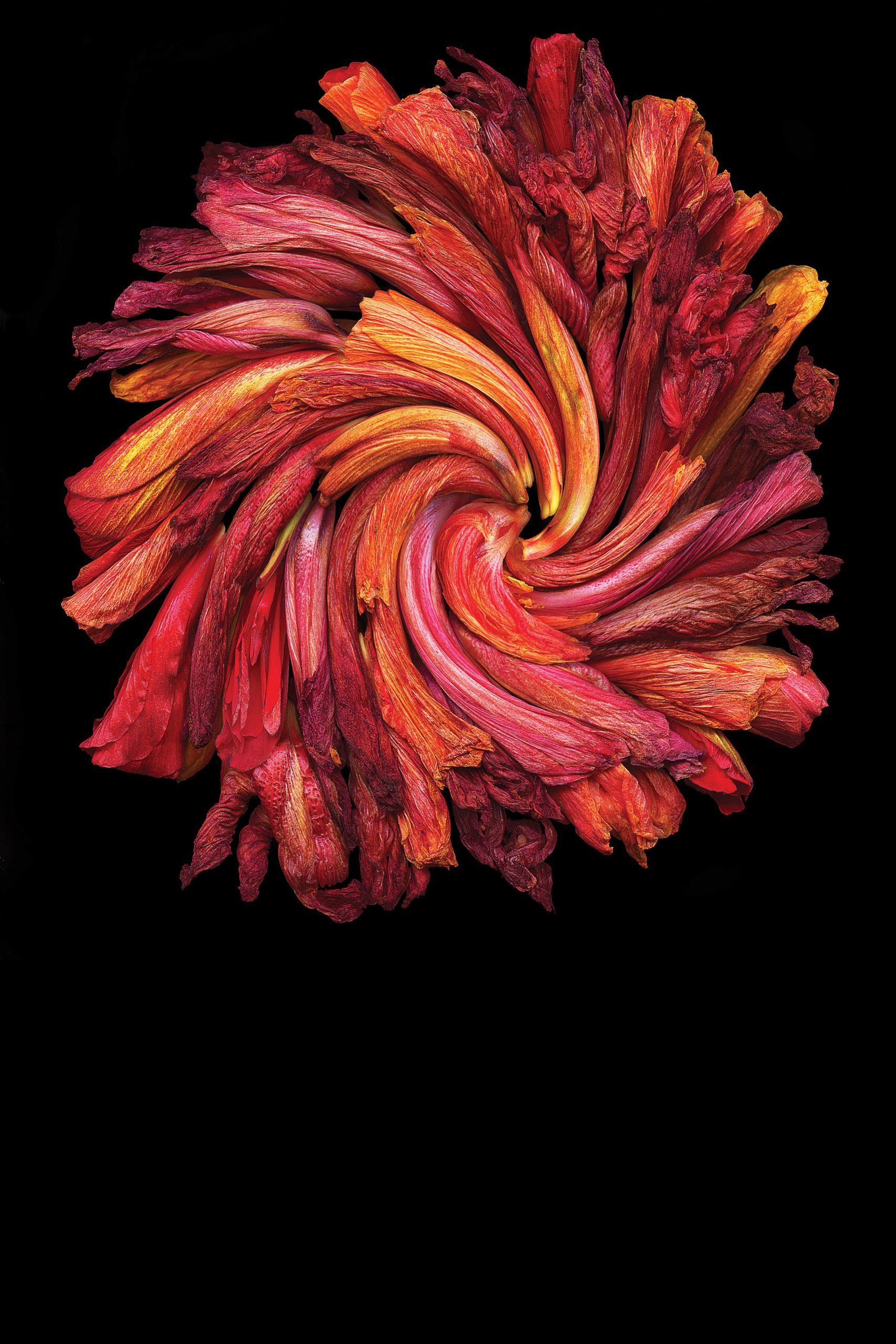 It’s easy to feel awed by a boundless landscape. Clear blue skies mirrored by glistening ocean waves or snowcapped mountains stretching into cotton candy sunsets were the types of natural backdrops Doug McLarty once lusted after.

With a camera in hand, McLarty, a longtime landscape photographer who splits his time between Ohio and Naples, would snap photos of scenery he’d encounter in his travels. But while gearing up one morning to shoot a mountain range in Utah, McLarty felt the inspiration drain from his fingertips.

“When I looked through the viewfinder in my camera, I realized I’d captured this scene so many times and I couldn’t take a better picture than what I’ve already taken,” McLarty says.

His artistic eye called for a new muse—something that could showcase nature’s splendor in an unexpected way. He found that something in scanography, or the process of photographing arranged objects in a high-resolution flatbed scanner.

Once light from the scanner bar passes through items used, it creates what McLarty refers to as a visual texture. “You can almost feel what you’re seeing without actually touching it,” McLarty says of the finished product.

McLarty practices scanography for the thrill of the result and challenge. To create a fluid piece, he must arrange items upside down and backward, hoping it will turn out the way he imagines.

“It’s like fishing in the dark, not knowing what exactly will emerge,” he says. “Every time I make an image it’s a big discovery for me.”

His happiest moments are when his completed visions click with others. “All of a sudden a light will come on and they’ll recognize what I was trying to do,” McLarty says. “That moment of recognition is my favorite.”

Earlier this year, his artwork graced the walls of the Ohio governor’s office as part of a rotating public exhibit, and the MGM Grand Las Vegas featured his photos in guest bedrooms between 2011 and 2013.

With plans to make his residence in Naples more permanent, McLarty is currently working to display his art in local environmental centers and galleries. An image has already been featured at Naples Botanical Garden.

What McLarty wants most is to be able to demonstrate nature’s simplicity and to leave audiences with something lasting. “My approach is to create ‘sticky’ images,” he says. “I want them to remain in the subconscious long after viewing.”

Bird-of-paradise tongues mimic an eight-pointed compass and linger over a sand dollar in Voyage.

Green aloe stems are manipulated to depict a Blue Forest.

Mexican flame vine pods pop against a palm leaf in Coat of Arms.

Clusters of a Nora Grant provide the illusion of soft movement in Currents 2.