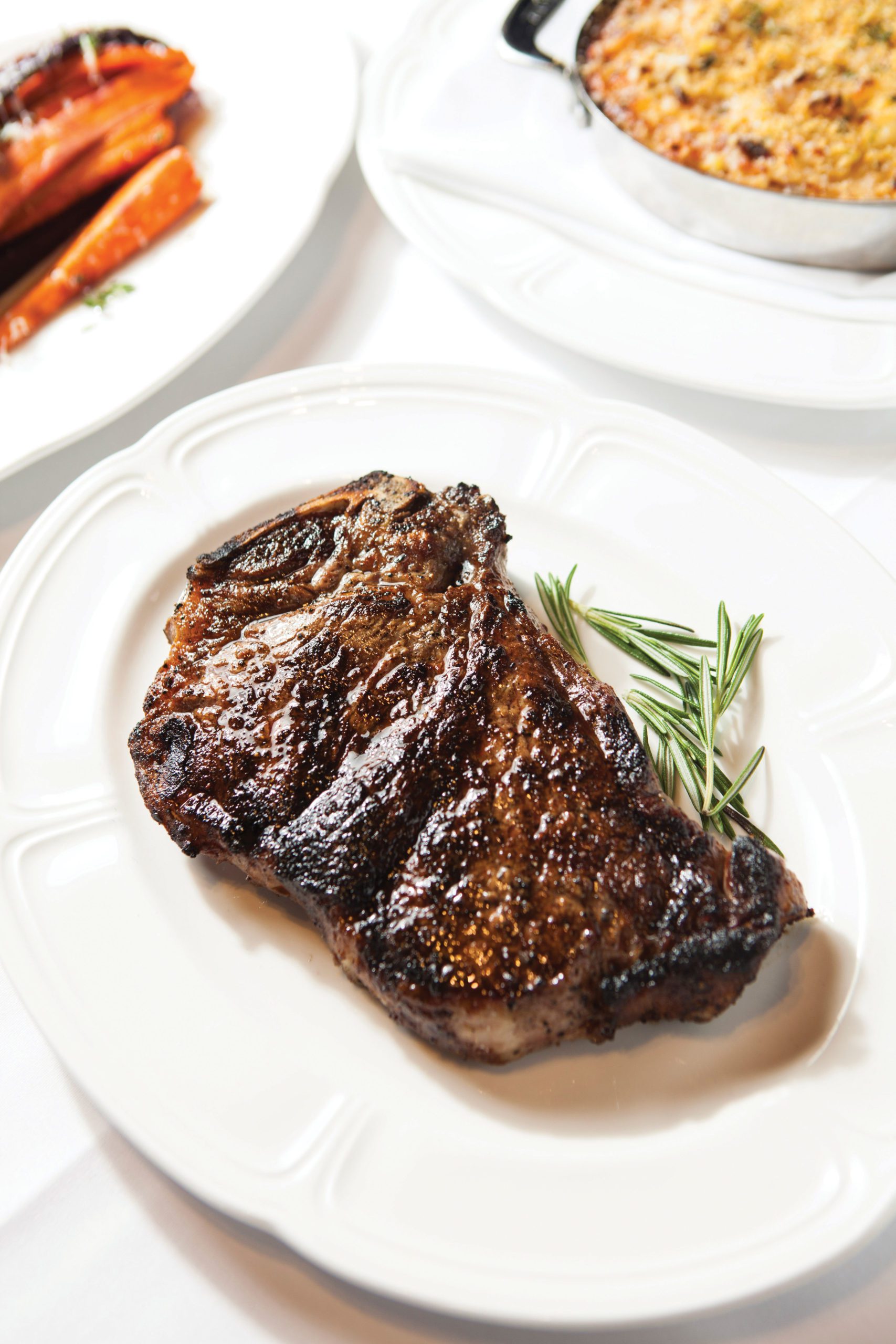 Restaurants, like people, have personalities. Some are wallflowers, some walk the middle road. Others, like The Continental on Third Street South, take the town by flamboyant storm. Gauzy, draped gazebos house private tables requiring advanced reservation. Exuberant bougainvillea and a huge stone fountain draw people into a softly lit, lush courtyard. Live music sets the scene. And the prices, it must be said, match the setting. The steakhouse, the latest project from respected restaurateur Richard D’Amico, had a reputation before it opened. Our task was to see if it met expectations. The menu favors hearty, carnivorous appetites. Case in point: Entrées are categorized as “steak” and “not steak,” with the former clearly the focus—a full page of cuts is divided by breed and provenance. Fish, not even listed, varies depending on what is fresh. While it’s possible for vegetarians to find sustenance, we knew we were in for a decadent meal when our server referenced the foie gras-stuffed roasted chicken ($30) as the “lighter” dinner option. Light it was not, but it was fantastic. The chicken was tender and juicy, and the stuffing was rich and flavorful without being overpowered by the foie gras. A 22-ounce bone-in New York strip steak from Kansas-based Creekstone Farms ($58) was presented at medium-rare perfection, everything a cut of meat like that should and could be. Vegetable and potato sides are offered &a
Subscribe Now and unlock unlimited digital access.
Already a subscriber? Sign In.
Directories