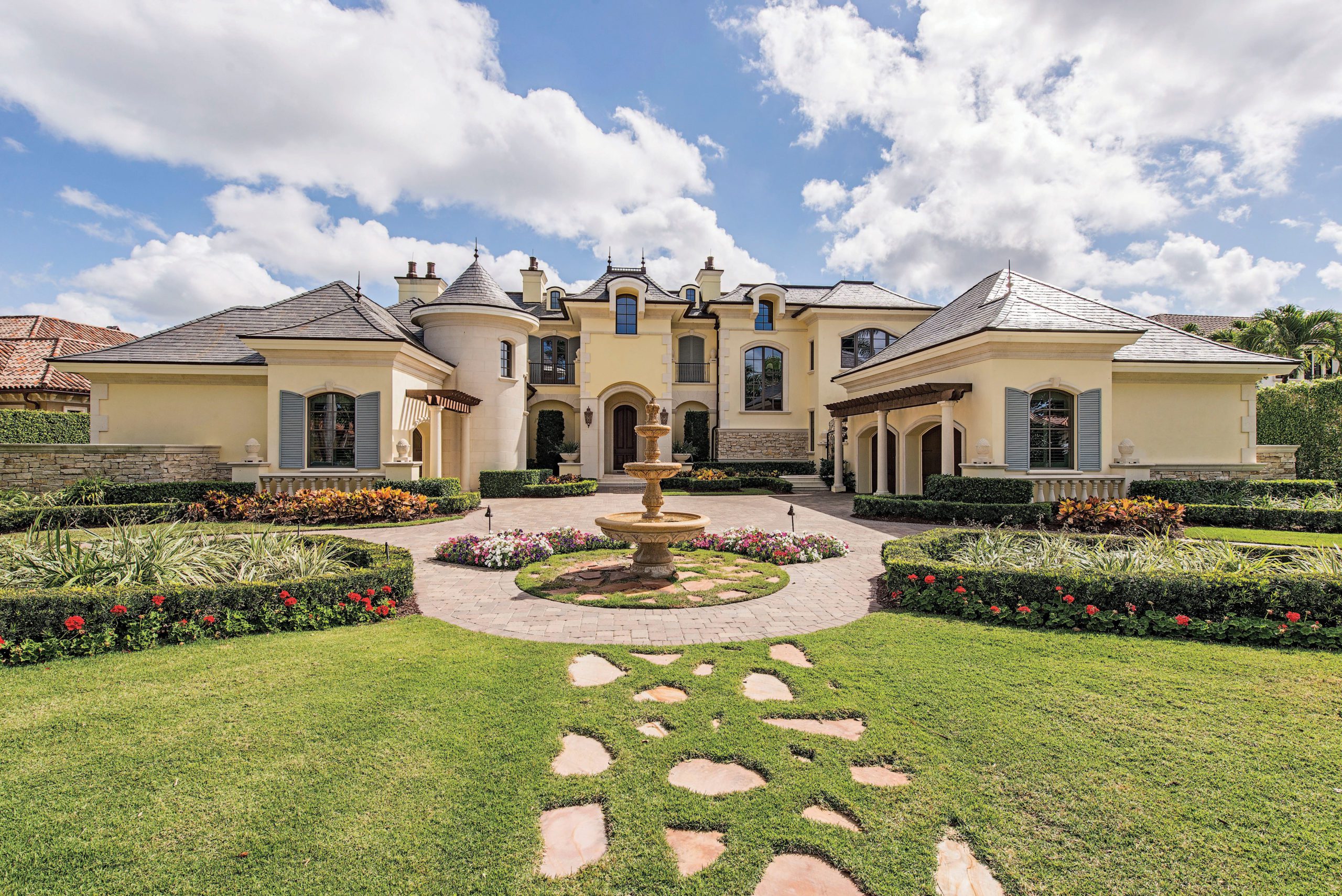 A New Hampshire couple viewed four houses before finding their ideal tropical oasis in this two-story, five-bedroom home at 181 Fourth Ave. N. in Old Naples. “It was the most open, airy and bright Florida-feeling home that we visited,” says Judith Huntley, a real estate agent with The Domain Group at Downing Frye Realty. The British West Indies-style estate sits on .73 acres and boasts 7,000 square feet of living space and waterfront views. “The house has a very deep, wide back view of the lake behind it,” Huntley says. The couple can enjoy an array of nightlife options in the bustling Third Street and Fifth Avenue districts nearby, or opt for some seclusion in the sun. “Being only four homes from the beach, [the buyers] thought it was perfect.”

A couple purchased the home at 16183 captiva drive for $3.79 million on April 15, favoring intimate Captiva Island over other beachside properties they viewed in Southwest Florida and beyond. “Captiva is noted as one of the top towns in the Unites States, [and it’s] the most exclusive place to live,” says Wil Rivait, managing broker at Premier Sotheby’s International Realty, the same company that listed the estate. The four-bedroom, three-and-a-half-bath property is in prime positioning of the Gulf of Mexico, and it came fully furnished with private boat dockage and a pool. The owners are considering expanding the 3,743-square-foot space.

Mangrove bay is a small community with large luxuries. With just 53 one- and two-story homes onsite, the under-construction Old Naples neighborhood features six cottage-style floor plans along the Gordon River. With three elevation options, each home includes a private pool, outdoor grilling area, and covered or uncovered Gulf-access boat slip. A three-story concierge center and boat basin is slated for completion by 2017.

Recent sale: The Keewaydin II property at 1472 Second Ave. S. was presold with leaseback at $3.52 million. The home offers three bedrooms, four and a half baths, a spacious second-floor loft and an above-garage guesthouse. A two-story great room boasts a built-in bar and fireplace, and a master suite offers an oversized sitting area with corner-pocket sliding doors opening to a pool and spa. “The buyers fell in love with this home, community and way of life,” says Jon Rubinton, managing broker of Paradise Realty of Naples, LLC.

Many people living out of state take advantage of Southwest Florida’s year-round toasty temperatures by investing in a primary or secondary residence here, and now a new photo technology is making their house hunting more efficient.

Priced just under $5,000, a camera sold by Matterport stitches together photographs taken from inside a home at 360-degree angles, creating a 3-D virtual tour. The data is Cloud-based and combines images into a fluid model within 30 minutes. The imaging also provides a dollhouse view of floor plans and calculates square footage.

“It gives buyers the opportunity to feel a space, not just see a space,” says Dana Perkins, a real estate agent with 26 North Real Estate in Naples.

The National Association of Realtors estimates 92 percent of homebuyers rely on the Internet when property searching. And for those planning a long-distance move, photos create the best visuals without a physical tour.

The new device, launched in 2014, is growing in popularity. Some agents with the camera have created side businesses out of producing images for other real estate agents. Perkins’ colleague, Lee Blackstone, says he is the first to do so in Southwest Florida.

Charging per square inch, Blackstone and his team have constructed images for agents and various clients across Lee and Collier counties under the name of Open Spaces 3D Digital Property Tours.

“It’s a great way to showcase real estate, because there are so many international and national buyers that are currently living somewhere else,” Blackstone says. “It can almost replace the need to fly down. You can appease all senses except smelling and tasting.”

Recently, a man chose Blackstone to represent the sale of his $3.5 million estate within five minutes of seeing a 3-D listing sample from Blackstone.

Perkins predicts virtual tours will become more widespread in the near future. “By next season you’ll see a much larger percentage, maybe 40 to 50 percent,” she says. “The high-end properties will have it sooner, because they expect the best marketing, and you’ve got to give them the best.”