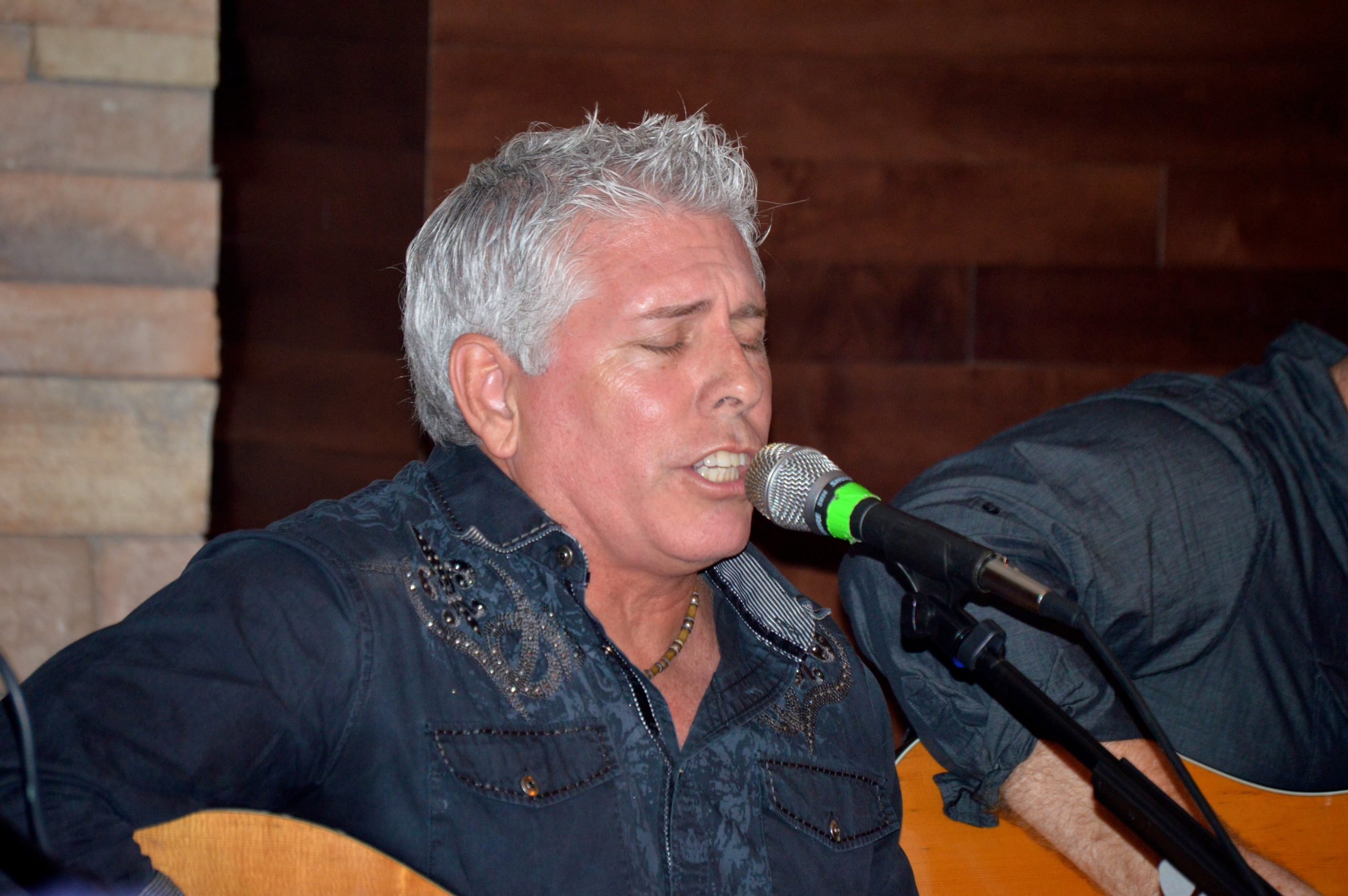 Naples singer/songwriter Tim McGeary likes to think of himself—and anyone else who has survived tough times—as a “second-hand saint,” someone who has been “beaten up a little,” rebounded and lives life with gratitude.

That’s the title of McGeary’s new album, released Monday evening at a party at Mix Factory Studios in Bonita Springs where he records.

““I’ve been running up there like a crazy person for eight years and it’s all paying off,” says McGeary, a firefighter/paramedic who visits Nashville every chance he gets to network and collaborate with songwriters, musicians and producers. He left for Nashville around 2 a.m. yesterday for another work session.

Second Hand Saint is infused with the kinds of lyrics that McGeary has been working to master: soul-touching stuff like “God Sees Every Tear,” social commentary like “Make a Change” and masterful imagery like “the sweet sound of surrender when the shoulder loses that dress,” a line contributed by songwriter Lisa Carver.

He’s hoping to get airtime; a Michigan radio station has already picked up one of the selections. McGeary has been moving up the music ladder in other ways recently. George Clinton has cut one of his songs; Meghan Linsey, best known for The Voice, has collaborated with him.

This is McGeary’s third album, though he produced his first two under the band name “Wonderful Johnson,” the name of one of McGeary’s former patients, which he adopted (with permission) because he was fascinated with the idea of going through life with such an affirming name.

“I just keep on working as hard as I can,” McGeary says. “You plow on, you learn a lot. I’ve learned to keep my mouth shut and listen to people for good advice.”

McGeary’s album is available on iTunes or can be purchased on his website.

Learn more about McGeary’s career in this Gulfshore Life profile from October 2014.