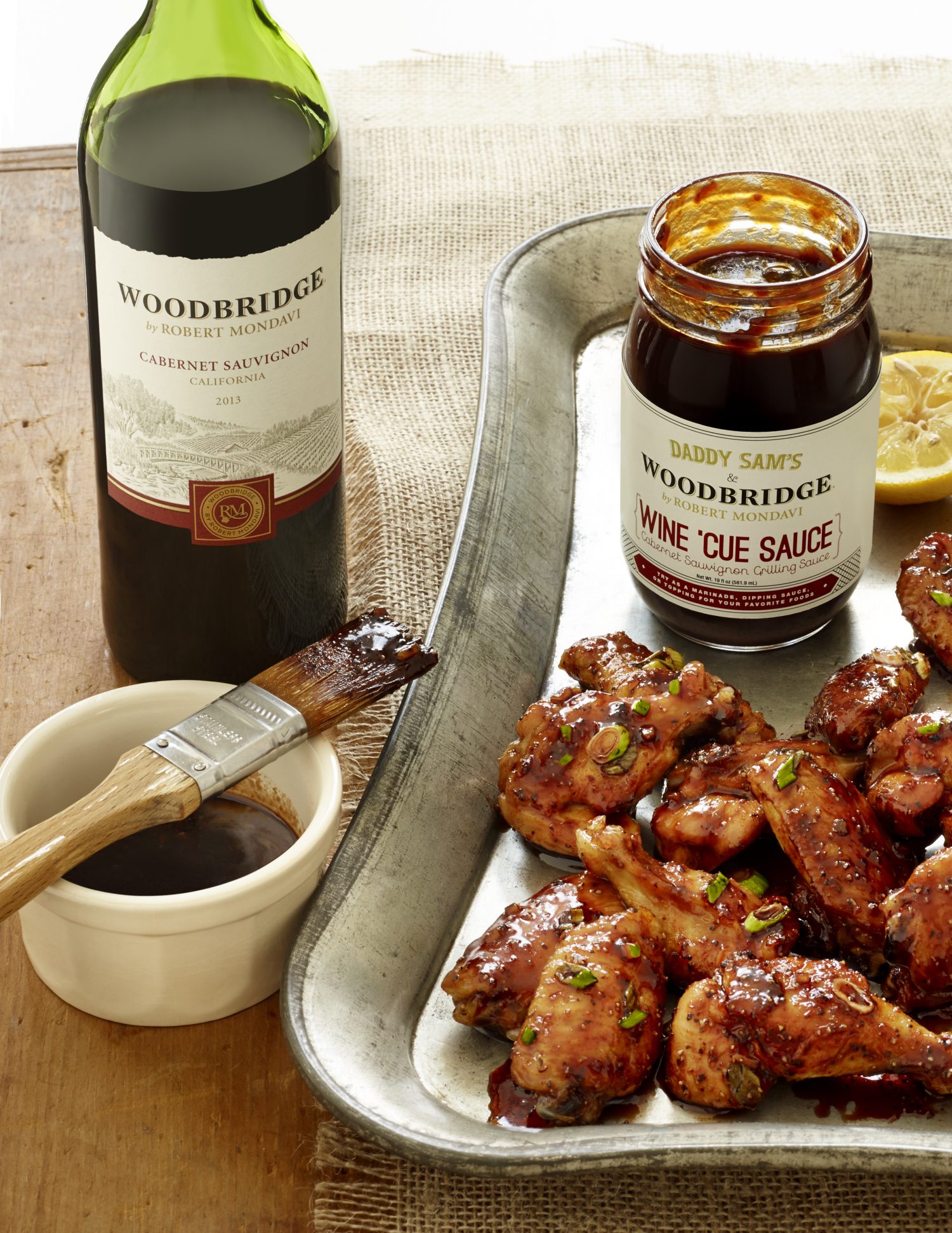 Walking through Wynn’s, Fresh Market, Whole Foods or Publix these past few weeks has left no doubt we are in the apotheosis of summer grilling season. The aisles are burgeoning with corn on the cob, prepackaged veggie skewers, hot dogs, chicken wings and peaches ripe for fresh hatch marks (I know it’s a bit unorthodox, but trust me—the caramelization of the fruit’s ample natural sugars is one of July’s greatest pleasures).

In the flurry of making sure my grill got its maximum amount of exercise, when a bottle of limited-edition barbecue sauce came across my desk, I paid attention. Once I noticed its inventors and unusual star ingredient, to say I was intrigued is an understatement: Daddy Sam’s, a big player in bottled barbecue, teamed with the folks behind Robert Mondavi to release the Woodbridge Wine 'Cue Sauce ($6.99 on Amazon until Sept. 30; click here). Taking cue from Daddy Sam’s century-old West Texas recipe, this version gets infused with Woodbridge by Robert Mondavi cabernet sauvignon, along with extra fruit and spices for a nuanced flourish—and I can’t think of a more apropos union for the wine-obsessed legions of Naples and Fort Myers grill masters.

I tried mine as a dipping sauce for a pu pu platter of meat fresh off the barbie. As soon as I opened the jar, I knew my rib-eyes, drumsticks and sausages had met their match because I could instantly smell that telltale aroma of fermented grapes. The sauce has a more liquefied consistency than normal barbecue and is decidedly less sweet, but, wait for it—the real kick is at the end with a piquant dose of pepper. Next time, I’ll definitely be trying it as a marinade or for basting, and you can, too—fire up your Amazon Prime account, you’ll be pouring on the full-bodied sauce lickety-split.