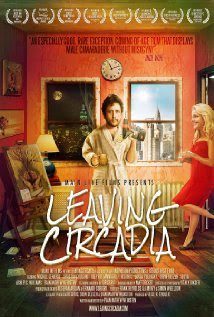 Attention, film buffs: The popular T.G.I.M. film series kicks off this Monday at the Sidney & Berne Davis Art Center with a screening of the award-winning feature film Leaving Circadia. Doors open for happy hour at 6:30 p.m. The film begins at 7.

Organizers are promising a big announcement regarding the sixth season, so head on down to be among the first to know what’s in store.

Subsequent screenings will take place on the first Monday of every month in downtown Fort Myers. T.G.I.M. features short indie films being considered for the sixth annual Fort Myers Film Festival. The audience is invited to help choose the selections.

An “afterbuzz” will be held following the film presentation at the nearby Twisted Vine Bistro, 2214 Bay St., where late night happy hour prices on drinks and appetizers are offered to T.G.I.M. audience members. A special podcast of attending filmmakers will be taped.

T.G.I.M. tickets are $10 for adults and $8 for seniors and students. Half-price tickets are available through the summer months for Facebook members. To learn more, visit the T.G.I.M. Indie Movies Downtown Facebook page or fortmyersfilmfestival.com.