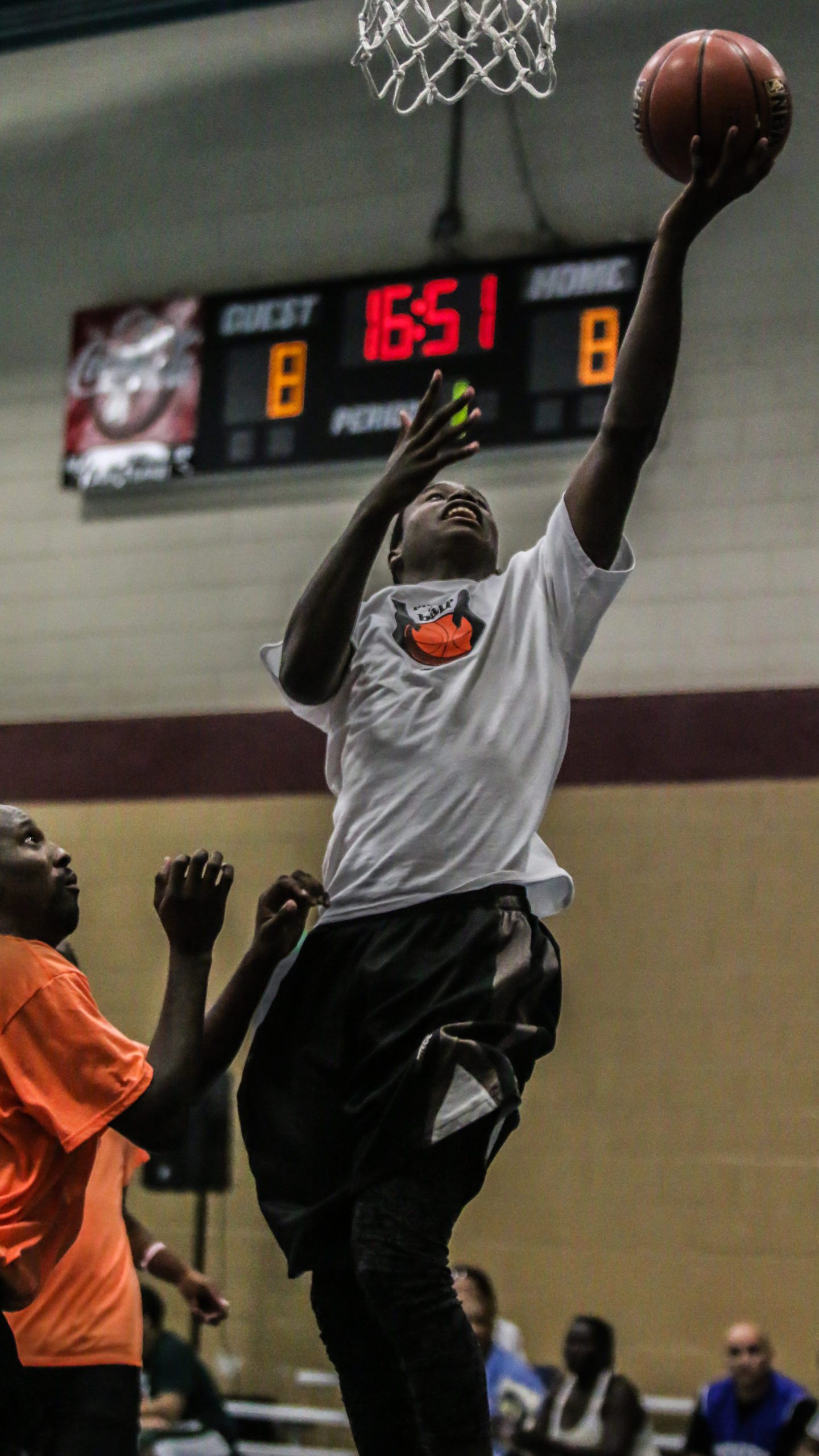 The gym at the Stars Complex in Fort Myers’ Dunbar neighborhood crawled with cops last weekend.

And no, lest you are expecting another blast of bad news, they had not been summoned to respond to trouble.

They had been invited to play hoops.

Pickup the Ball, a growing nonprofit network that uses basketball as a means of reaching young people, set up the daylong affair as part of an ongoing effort to break down the mistrust between cops and kids.

Stripped of uniforms and guns, officers transformed from authorities into regular people.

Tonio Bridley, 24, paused between games midafternoon and reflected on what he was witnessing.

“I’m very excited we are able to establish a bond with Lee County Sheriff’s Office and Fort Myers Police Department—that we can feel like family in the city,” Bridley says. “That’ the key.”

He was using the opportunity, too, to teach the little kids who’d come to watch brothers, dads, uncles and neighbors play. “I’ve been talking to these kids—this is their opportunity to get to know police outside their uniforms,” Bridley said.

Many of these cops weren’t strangers. Pickup the Ball and the Lee County Sheriff’s Office have held several forums designed to get the two sides talking—to show the teens and young adults what life looks like behind the badge and to help deputies realize the deep-seated concerns that young people harbor about everything from racial profiling to fear of retaliation if they “snitch.”

The conversations have helped. In just a few sessions the mood has shifted from hostility (Capt. Carmine Marceno remembers one kid stating he hated cops during the first meeting) to friendly and familiar.

Still, these are not easy issues to overcome. If you ask the young Pick Up the Ball members if they’d report a crime, even now many would hesitate and lean toward “no.”

“Out in the streets, out in this neighborhood, everybody knows everybody. If someone goes to jail, the guy’s cousin or someone will find out,” one streetwise 15-year-old told deputies during September’s forum.

Solving a crime isn’t worth risking a coffin.

But Bridley and others believe if residents build relationships with select, trusted officers, they will be more likely to share information. It is community policing at its core.

“(My perception) has changed a lot,” says Cornelius Ritchie, 18. “Just like any other profession—a doctor or a lawyer—they have to do their jobs.”

​Marceno, who has headed up the Sheriff’s Office outreach efforts, is hopeful. He surveyed the gym Saturday afternoon where music blared and basketballs echoed and neighbors milled about.

“It’s nice to see the citizens of this community see us as friends, as regular people,” he says. “We leave here and we will see the same people out in the community.”

Pickup the Ball founder Ted Sottong says he’ll keep pushing to bridge the chasm. He’s glad to see the connection with deputies and is pushing for similar networking with Fort Myers Police Department—the agency that primarily polices the neighborhood.

“There is definitely still work to be done, but it’s getting better,” he says.