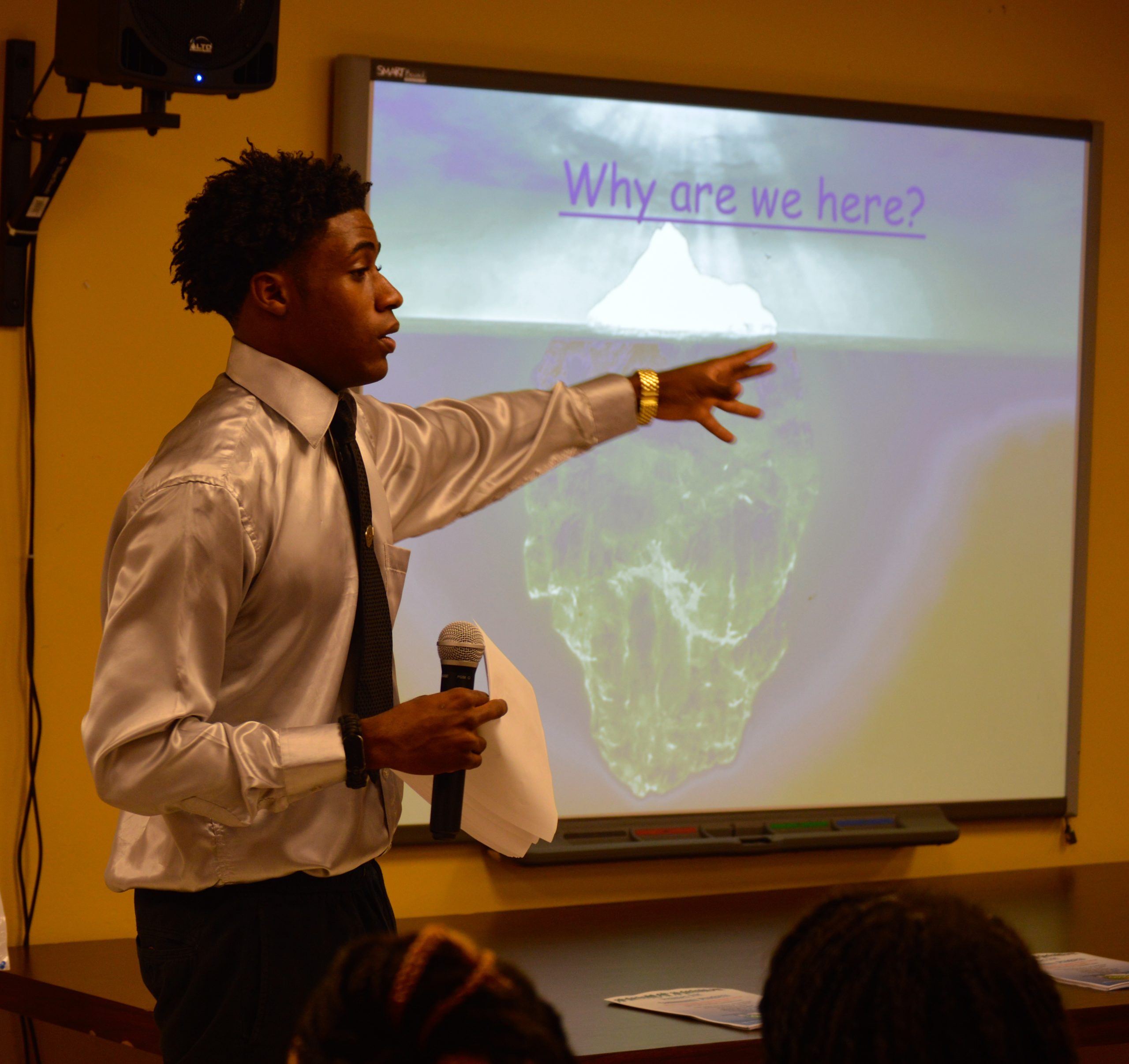 “It’s time for us to come together.”

And with that, a movement might have been born.

Quality Life Center founder Abdul’Haq Muhammed and his students formally pitched a proposal for a 1-cent sales tax referendum (adjusted from the 2-cent one he contemplated previously) that would generate money to help young people in Lee County’s neediest communities—neighborhoods like Dunbar, Suncoast Estates, Harlem Heights. Pennies for Community Progress, Muhammed dubbed it, estimating that the tax could generate millions—and also potentially save millions otherwise spent on incarceration.

It is not a Quality Life Center initiative, Muhammed stressed. To succeed, the concept has to be embraced by the entire community.

“Our role that we’re playing is to spark an initiative, to ignite a fire,” Muhammed said. “There is a dignity in us making an effort—not government telling us the direction we should take.”

“I think that the solutions have to come from us and not necessarily from outsiders,” Clawson said. “The minute it does, somebody who doesn’t know our situation tells us what to do, what do we think? We think that person is condescending, right? I’m a firm believer that change has to be grassroots. … That’s not to say if I can’t help from a federal level I won’t. … But I’m cautious in terms of sounding like I’m telling other folks answers to problems that first of all I have not lived like you all and secondly haven’t taken enough time to understand those problems to the core.”

The evening had started with the replaying of a news broadcast from late September—a day that saw four shootings and seven victims, including a 5-year-old and a 17-year-old—in Dunbar. And a day that may have given rise to a single word capturing the neighborhood’s mood.  Hart articulated it.

“We cannot allow what has been happening in our community to occur. Somebody has to say, ‘Enough,’” he said.