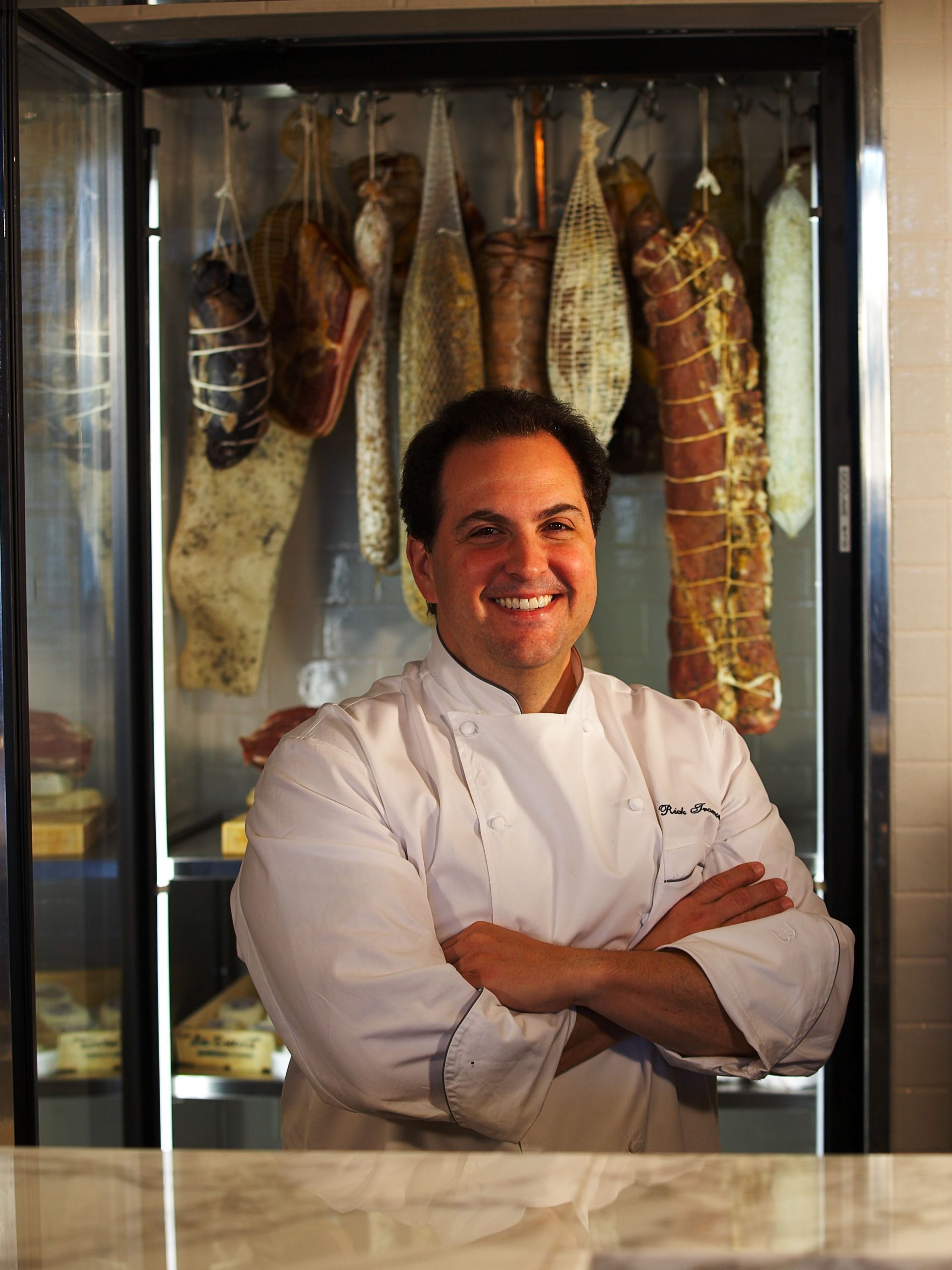 The following is an extended interview with chef Rick Tramonto featured in Gulfshore Life's e-newsletter Hot Dish, which covers the Southwest Florida culinary world. Click here to sign up for the twice-a-month newsletter.

Chef Rick Tramonto rose to fame in Chicago with the four-star and multiple-James-Beard-winning Tru. He then partnered with chef John Folse to launch Restaurant R’evolution in New Orleans and Seafood R’evolution near Jackson, Mississippi. He and Folse will be in Naples Jan. 29-31 for the Naples Winter Wine Festival, Tramonto’s sixth time as a festival chef and his first as the Chef de Cuisine (which is “more of an honor than a task”). The festival’s lineup of chefs and vintners is set, and the master sommeliers have been confirmed (the most of any year). Invitations have gone out and tickets are on sale, but if you can’t swing the cool $10,000, we have a feeling if you hang around a certain somewhere on Third Street South you’ll still catch Tramonto.

How did you originally get involved in the wine festival?

I was a few years into Tru, and some ladies came into my dining room. We saw them eat several times. We thought they were critics! They came in and asked to meet the chef and do kitchen tours. Finally, one woman asked if I would ever be interested in doing the Naples wine festival. She really did the big play, but I said no—I have eight cookbooks, multiple restaurants and was already committed to a bunch of events. But she was very persistent. She continued to come in and say it was a very big event and she hoped I’d consider it. Then my PR person called me and said it’s exactly what you’re about; kids and teens struggling with education. At that point I was in. Here we are six times later, and it’s really near and dear to my heart.

Who was that persistent lady?

Now, six events later, what are your thoughts on the Naples Winter Wine Festival?

I’ve gotten to see the charities and the work that is involved. It’s without a doubt my favorite food and wine festival that I do.

Really? That’s great. We know you have a full event calendar.

L.A., Aspen, South Beach—they’re great. But Naples is different. It’s intimate. This is extremely intimate and special. It’s in someone’s home, and you’re with the vintner. It’s like having the ultimate dinner party.

You’re also always in awe of the auction lots. I was rattling off all those other events. There are some pretty impressive auction lots that happen that day, and the donations are over-the-top.

You look at so many food and wine events a year, and Naples seems to always be the one that comes out on top.

Is the “Chef de Cuisine” role different from the rest of the celebrity chefs?

It’s more of an honor than a task. You still do your vintner dinner and go and visit the kids. They honor you for the work that you’ve done; it’s more of a thank you than anything.

What is your favorite part of the festival?

The dinner. For me, it’s about being in the home and being able to interact with the people who are giving the party. You get to say hello to every single guest. It’s the ultimate dinner party at your home. I love that.

Do you have an idea yet of what you’ll serve?

It’s better to look at it as categories. I’ll do a triptych of amuses to start with. I usually kind of go into a cold appetizer, like burrata and caviar. Truffle soup. Then I like to do a fish course. I’m thinking about doing roasted lobster with vanilla; I’ve been playing with that. But it’s very much about the wine. They usually send me the wines, and I go through this whole process—I cook and taste, myself with my entire team. We then need to go back and adjust the food to make sure that we’re really spot-on with the flavors.

I usually do a dry run here in Chicago and in NOLA to make sure I have everything set. Probably in November, then there’s the holidays. At the first of the year, we start to lay out our china and our tabletops. Our theme is really important. That’s what gets the wheels cranking. The theme, then the specific wines, then the tastings, compilations and dry runs.

Who travels with you?

I bring my full team—pastry chef, cooks. I usually travel with six people, seven if you include myself. Sometimes I like to stick in a guest chef, like John. I used to bring Gale Gand [his former partner in Tru]. We have to leave some surprises.

How do you prepare?

Because we do so many of these events, we have it down. We prep the hard stuff. I make all of my sauces—stocks, reductions—here. All of the proteins, we are able to do them in advance, too, the long-cooking proteins like braised short ribs, we do that in Chicago or New Orleans. The fish we work with that day, also herbs and veggies.

What about when you get to Naples; how to you adjust to a new kitchen?

We’re in different kitchens all the time. It’s really not an issue. The wild card—part of the homework—is what is the setup. Most of these homes have possibly everything you can imagine. It’s really getting an understanding of the floor plan.

They send a full equipment inventory. Then we request anything we need, and they rent or buy it. They have the resources so they make it extremely efficient. It is like working in a professional event.

Which wine festival of the five you’ve cooked at so far was your favorite?

It’s an unfair question. It’s like picking a favorite child. Bob Clifford’s [2012]. They’re Chicago-based and we have a great relationship with them. They went above and beyond with their crew. It’s about the execution at the end of the day. I think we did an extensive menu that time—10 courses of food, 10 huge FedEx boxes. It was quite an undertaking. My son Gio came with us that time. They kind of took care of the kids as we were working. It made it fun for them, which made it fun for us. They brought in some great music. The theme was really cool.

And my favorite child is my youngest. Thank you for asking. [Laughs.]

What have you done in Naples—any favorite restaurants?

Usually one of the days I take my crew out, and I remember they took us out the first few times. They had a boat ride that was catered.

The last three times I’ve been there, it’s Sea Salt. Now I’m kind of stuck at that restaurant—I love it so much. I went for lunch and dinner last year. I love the chef and love the food. … He’s super-talented and so is his team, their hospitality and their service.

How did you discover it in the first place?

Someone had taken us there. They said, “Oh, you got to try this restaurant.”

Would you say it’s your favorite restaurant in Naples?

It definitely is it.

What are your favorite things to eat when you’re in town?

I think the seafood is just great there. The whole pompano and the whole branzino. The red fish, the snappers, all that Gulf seafood.

Do you ever participate in the auction?

I haven’t bought one, but I’ve been part of being auctioned off for a dinner at home—we’ve done kitchen tables at Tru, our chef’s table as part of the auction prizes. I try to do as many events as I can. It also has a personal connection when you have a friendship with a chef. I just did an event with Michael Symon in Cleveland for cancer; it has a profound effect and it has a different meaning when the cause means something. You want to engage in chef-driven and smaller charity events.

What was most challenging part of your career?

The hours. The amount of time it takes in the four walls, outside of the four walls—traveling, studying, reading—doing 70 to 80 hours a week in the restaurant. In such a multimedia day as a chef, there’s TV, books, the Internet. There are so many layers. You have to try to keep up—you are trying to keep up with the progression.

So yeah, I think it’s the hours and amount of time away from family. I have three boys who never saw me growing up. The sacrifice of that and the toll. There’s a lot of substance abuse and divorce. You’ve got to stay grounded and find your balance. I didn’t. I wrote a book on that. I’m finding my balance now. After all these years of drug rehab and divorce and lots of testimonial, I’ve finally found balance now. I found balance two-fold: the amount of strength around me with my team and my wife. It takes some pressure off. And my spiritual journey, Christ and God.

In a career as celebrated as yours, what achievement has meant the most to you?

You know, being a chef that hadn’t had a chance to graduate high school—my father was in prison, I went to work flipping burgers at Wendy’s—I never got a chance to go to culinary school. I have James Beard awards. Best new chef for Food & Wine. The list goes on. But they asked me at CIA, the Culinary Institute of America, to give the keynote. It wasn’t an award, but it was an honor. I said that I feel I don’t have the credentials to be here—everyone here has something I don’t have—a culinary degree. But the work ethic and 35 years of being in the business is a lot to come by. A lot of kids don’t make it through that process, and it blows me away here I am giving a keynote at the Harvard of culinary schools. They gave me an honorary diploma after that talk. It was extremely touching. I was really blown away by that. 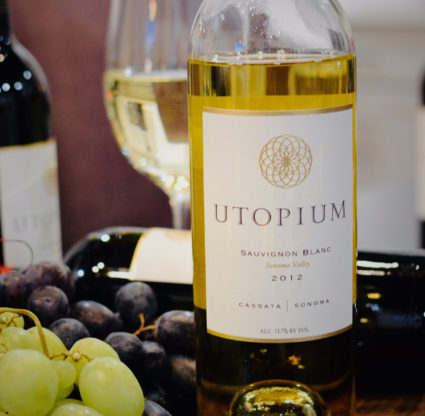 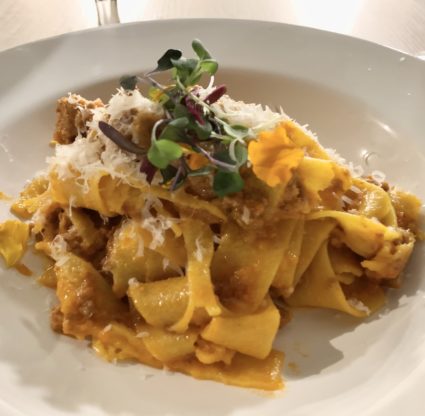 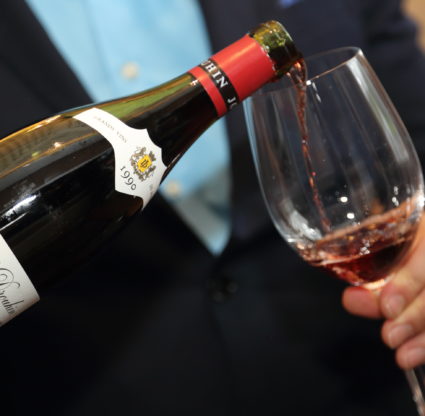 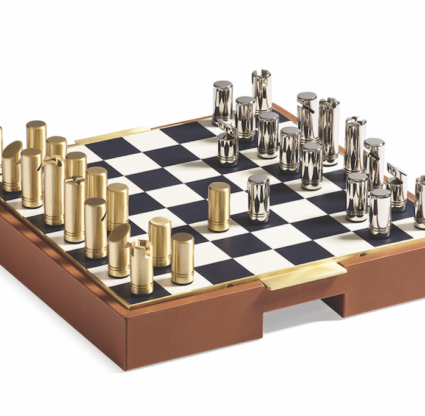