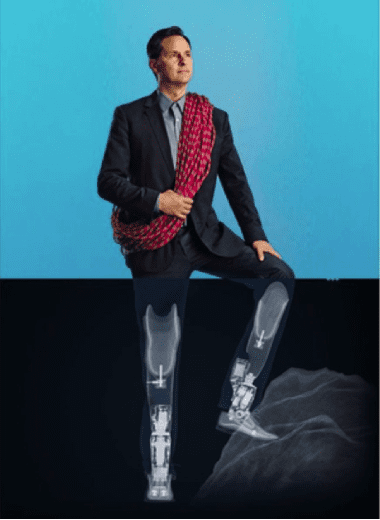 In 2014 Hugh Herr was honored as a Smithsonian Institution American Ingenuity Award winner.

His story is one of conquering adversity to create innovations in science/technology, developing bionic limbs that have already revolutionized life for amputees.

Hugh Herr’s work on developing bionic limbs has already revolutionized life for amputees. He is at the forefront of combining the science of biology with technology to develop wearable robotic systems that serve to augment human physical capability.

Hugh will be a speaker at our “Breakthrough” session at the 2016 Imagine Solutions Conference. For information: