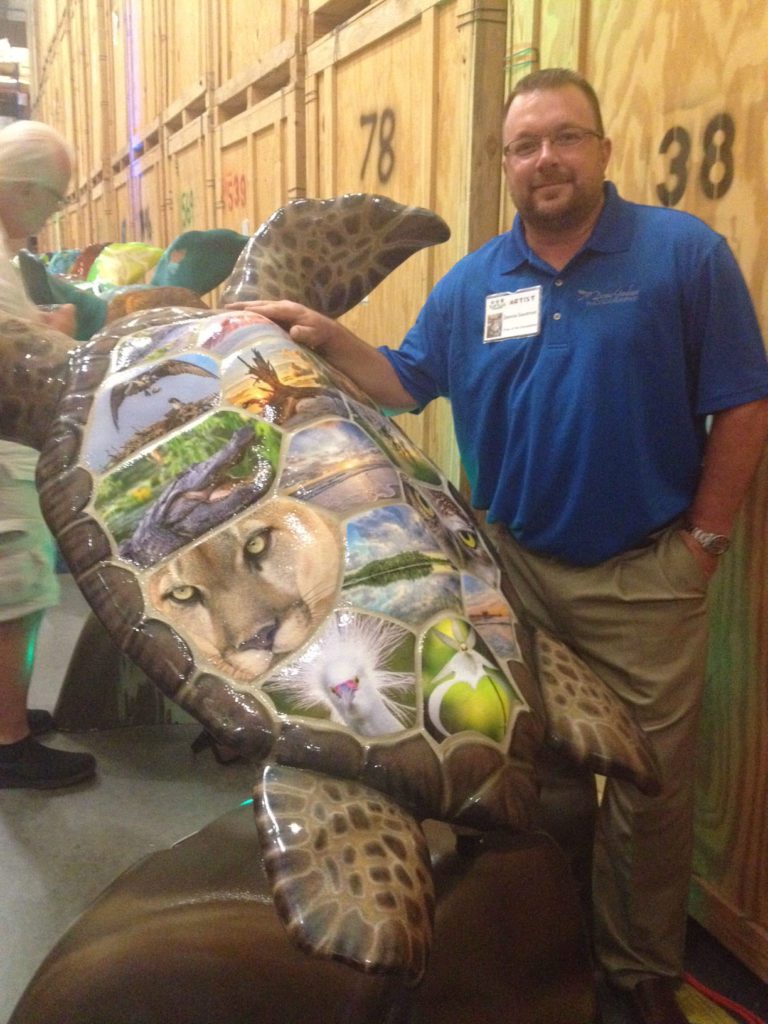 The William C. Huff warehouse was abuzz last evening with the “hatching” of all 50 stunning creations of Turtles on the Town, which made their official debut in an artist and patron party attended in full force by the community. Longstanding Naples artists and emerging art leaders alike showed their colors in support of the project, which will benefit the Community Foundation of Collier County, the Conservancy of Southwest Florida and the United Arts Council of Collier County.

The sheer variety of viewpoints was truly impressive, ranging from literal interpretations to conceptual executions and everything in between—some designs hit you from the beginning, while others leave charming details to discover at a closer look. Artist Cesar Aguilera, for example, says he worked on and off for two months on his thought-provoking piece, titled The Quest for Balance. There was as much paint present as there was other media, from seashells to tile to fabric to even cooking utensils. The Ninja Turtles-inspired Crave Garden by the team at Crave Culinaire, chef Brian Roland reveals, had some hands-off help from appointed “color technician” artist Juan Diaz. Photographer Dennis Goodman inlaid his images onto the shell and underbelly of his creation, Eyes of the Everglades, seen above. He had help from his wife, a graphic artist, in determining the precise placement, and recruited an airbrush artist to help make the face and flippers life-like, keeping the colorful photography the focal point.

Here’s a peek at the creativity that awaits in locations from Marco Island to Immokalee through the month of February, but for a full list of turtles and the locations where they’ll stand until they’re auctioned off March 9, click here.

Read all about the auction, the turtles’ journey and more at turtlesonthetown.com. You can also read more about the project in the November issue of Gulfshore Life, on newsstands now. 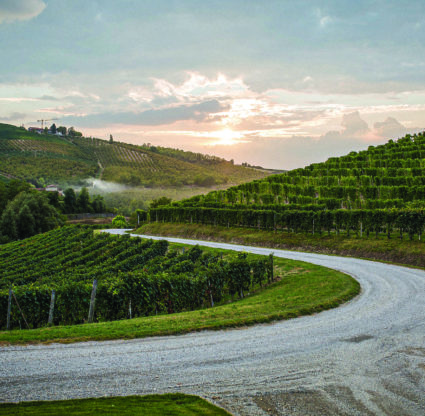 To craft one of The Wine Merchant’s favorite bottles, an Italian winery delves deep into the intriguing character of Barbaresco’s grape. 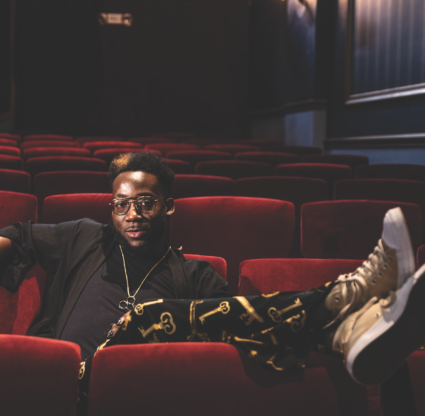 Costume designer Anthony Toney is determined to make his mark on the local stage and beyond. 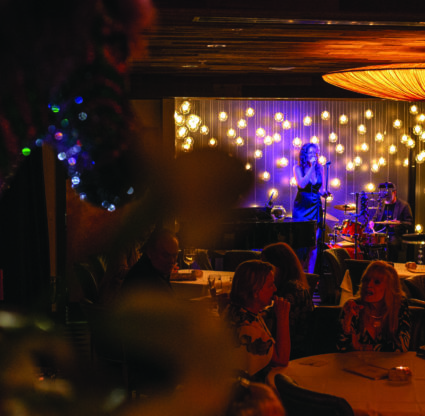 At these restaurants, spectacular food is only the first act. 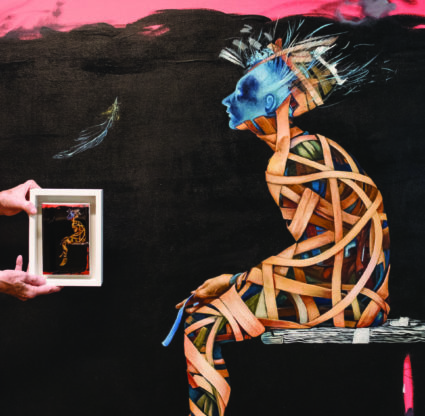