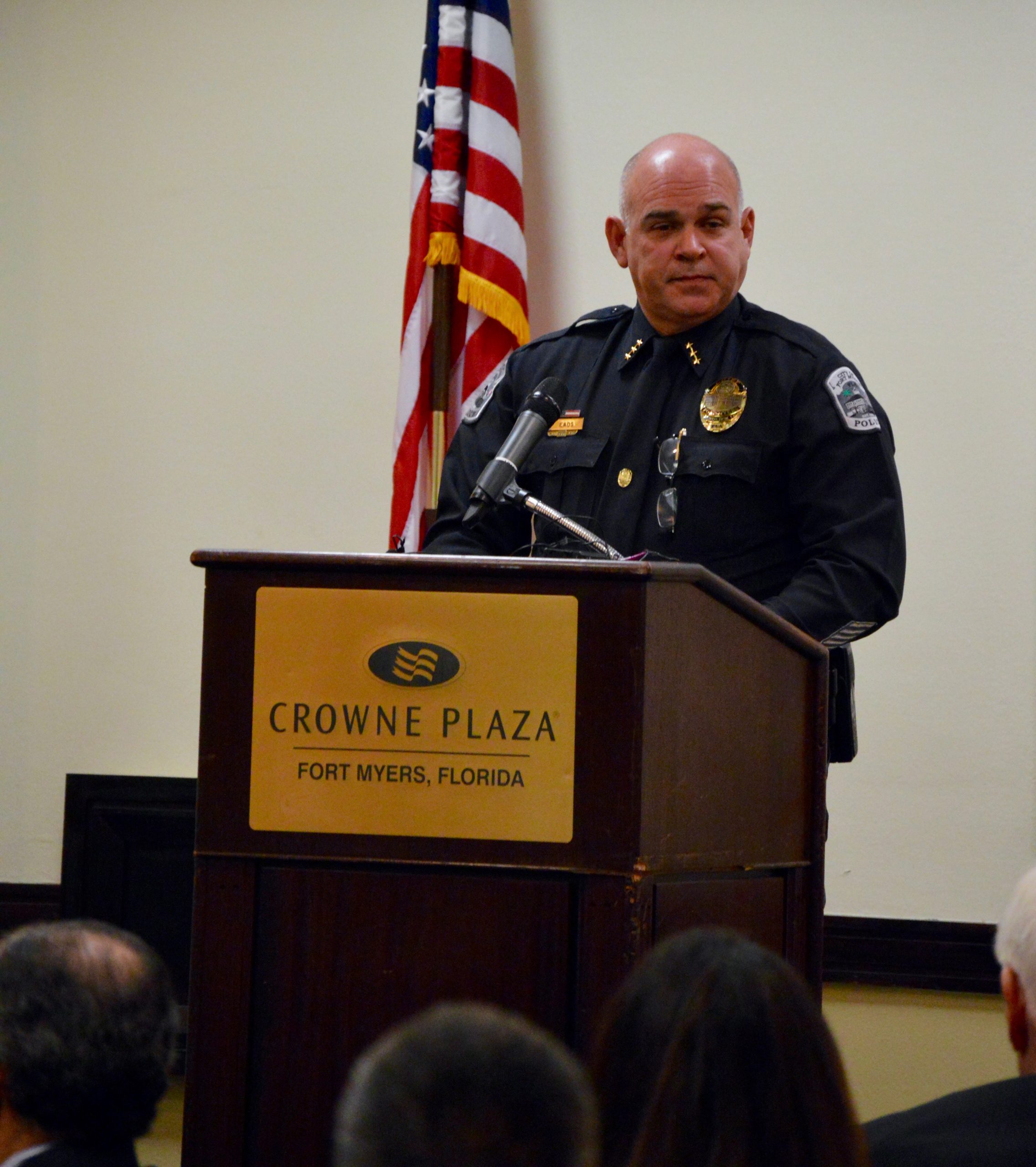 Four months, 170 arrests. That was the headline this morning (Jan. 8) at the Fort Myers Task Force community briefing offered to some 200 community members, civic leaders and Chamber of Commerce members. The task force was convened in September after seven people were shot in four incidents on a single day—ironically the day that residents and city leaders had gotten together to talk about the issue of violence in Dunbar.

Forty of them were felons on probation, who now remain incarcerated. Most of the arrests, Fort Myers Police Chief Dennis Eads said later, were tied to drug trafficking.

Gulfshore Life is following the lives of teenagers living in that community to understand the pressures they face and the factors that can shift their futures from ones full of promise to ones centered on gangs, drugs and violence. The latter, teens tell us, is an easy trap to fall into.

The task force meeting offered a deserved pat-on-the-back for law enforcement and elected leaders who’ve decided that the region’s long-smoldering issues needed to be tackled head on. Lee County Sheriff’s Office and Fort Myers Police entered into a partnership to jointly patrol streets and tackle crime, and Fort Myers officers have been deputized to chase offenders beyond city boundaries.

But everyone knows that victories are partial ones. Fifteen illegal guns have been seized, but “everyone has a gun,” Eads acknowledged—and that includes people who’ve lost their right to own them.

Officials are plucking the bad guys off the streets, but they aren’t able to keep them in jail. Sheriff Mike Scott noted the recent arrest of one young Nathaniel Lee Pitts.

That’s part of the problem, Scott said later. The criminals don’t fear the system. A car theft carries a five-year sentence, but the reality is you have to steal 50 cars to get any meaningful time in jail, he said. He’d like to see an in-depth analysis of the cost to incarcerate versus the cost of letting repeat offenders remain on the street and judicial policy structured accordingly.

Layer on top of that police-community relations, which blew up in the past week after a black man accused police of a cavity search, the police countered with footage showing they removed drugs from a pouch in his underwear, and some community members staged protests at the police department and plan to hold another tomorrow at the mayor’s house—reportedly with paid protestors.

On top of all of that, though, are social issues that the teens have been telling us about—negligent moms, absentee dads, poverty, drugs and a gang culture that’s gotten so strong that some young men won’t come out of their houses because they’re afraid of attack. At a meeting earlier this week of the Transformer’s Club, a faith-based group targeting teens and young adults, one young girl admitted she was envious of friends who went home to solid families. Another described the isolation she felt when she renounced the “drama,” the gangs, the petty fights and tried to do the right thing.

“It’s tough. It takes a lot of resources,” says Eads. His organization and others are looking for new solutions. Change doesn’t happen overnight; still, it’s a race against the clock to save lives before they’re cut short.