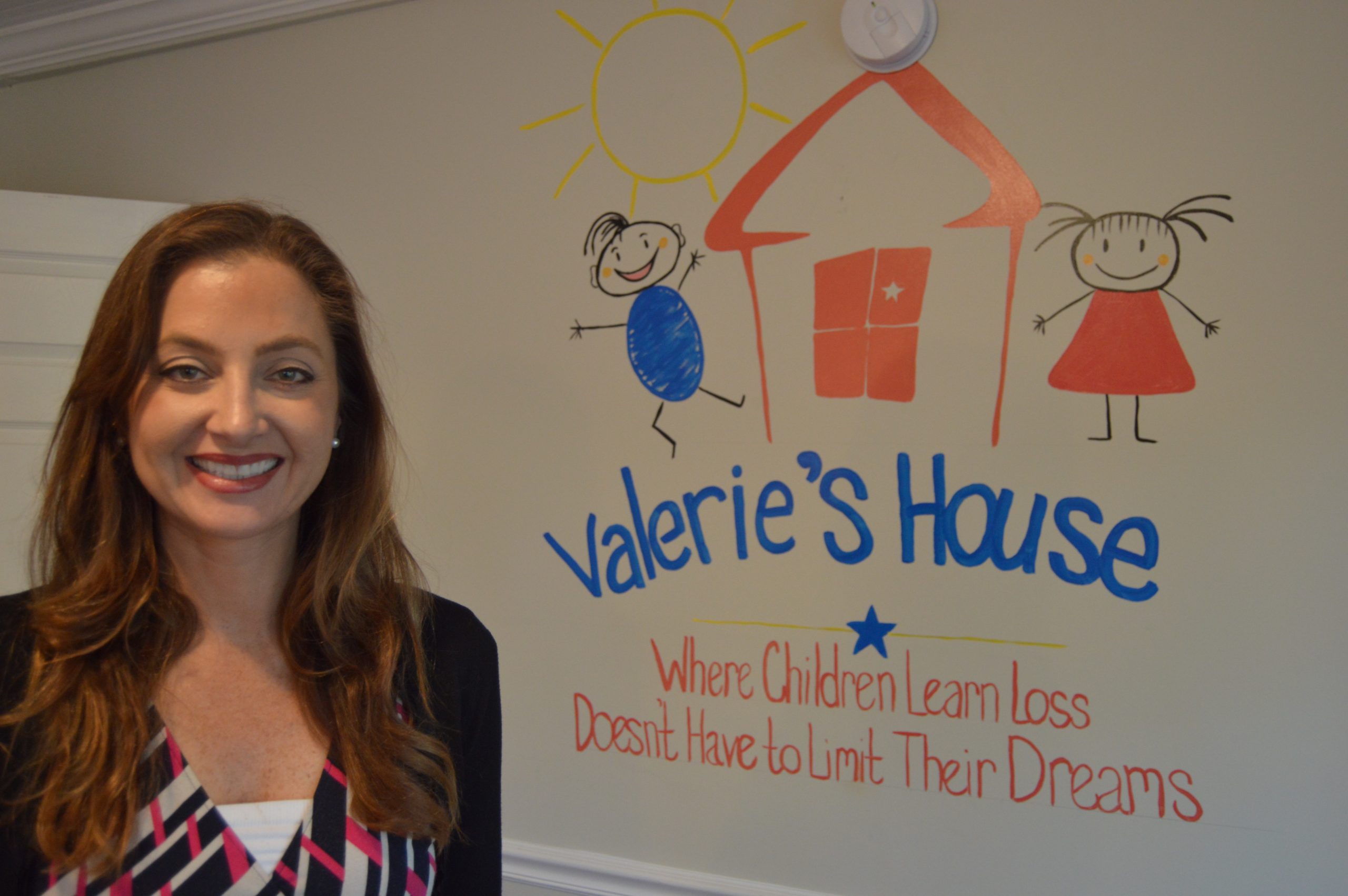 By 6 p.m., some 30 children, ranging from 7 to 15, were expected to descend upon her newly opened Valerie’s House, a place for grieving children to learn to cope with the loss of a parent or loved one.

“It’s just pure happiness,” she said, resting briefly in a comfortable sitting room where the parents would meet while counselors led children through art therapy projects.

Melvin was once one of those children herself. When she was 10, her mother, Valerie, was killed in a car crash on her way to pick up Melvin and her little sister from summer camp. At the time, no long-term support programs existed in Fort Myers. Melvin remembers the grief, confusion and sense of isolation. She told her story to Gulfshore Life last summer and outlined her dream of honoring her mother—and helping the countless other children who’d grown up missing a parent.

Years later, she encountered a program, Hearts and Hope in West Palm Beach, established in a cozy home where children could meet other kids struggling with loss, parents could share strategies and counselors could help all.

“This is exactly what I had envisioned,” she said. She’s offering a tour now—through the living room with its fireplace, the kitchen and dining room where families will bond over potluck meals, the children’s room with bean bag chairs and memory wall. There’s a library, too, stocked with teddy bears instead of books. Each child will choose a stuffed toy to keep—a partner in the grief process.

The house was a gift from Stephen Bienko. He’s founder and president of 42 Holdings, the majority owner of the College Hunks Hauling Junk and Moving company. Bienko owns the home in the Dean Park neighborhood of Fort Myers and lives upstairs. He wasn’t putting the first floor to use and offered it to Melvin rent-free for two years after a chance meeting. Florida Gulf Coast University students renovated it. A muralist painted the Valerie’s House logo, and various donors chipped in the furniture.

Demand is already surging—Melvin had intended to offer group sessions twice a month, but she’s adding a third. She’s recruited three social workers—two paid, one volunteer—and a cadre of volunteers. Last night’s opening activities included an art project in which children would decorate hearts with stickers, magazine clippings and other items that represented their loved ones. Melvin planned to glue them all on a poster board.

“We’re all in this together,” she explained.

That’s the feeling that filled parent Scott Sherman of Naples after attending Monday night’s session with his 13-year-old daughter, Shealyn. Shealyn’s mother died 15 months ago from a heart attack. Sherman moved the child from Mississippi to Florida and has tried a number of approaches to help her cope with the loss. Counseling and hospice sessions were helpful, he said, but short-term. And his daughter still felt alone.

“It was an amazing experience,” Sherman said. “It was wonderful to hear people going through same thing.”

He volunteered to help Melvin after he learned about her idea and is now serving on the Valerie’s House board. “I see the potential. I know what we’re missing, and this will fill a big void.”

After his daughter’s positive first reaction, he’s eager to see how she’ll fare after several sessions. “We deal with grief on a daily basis,” he said.