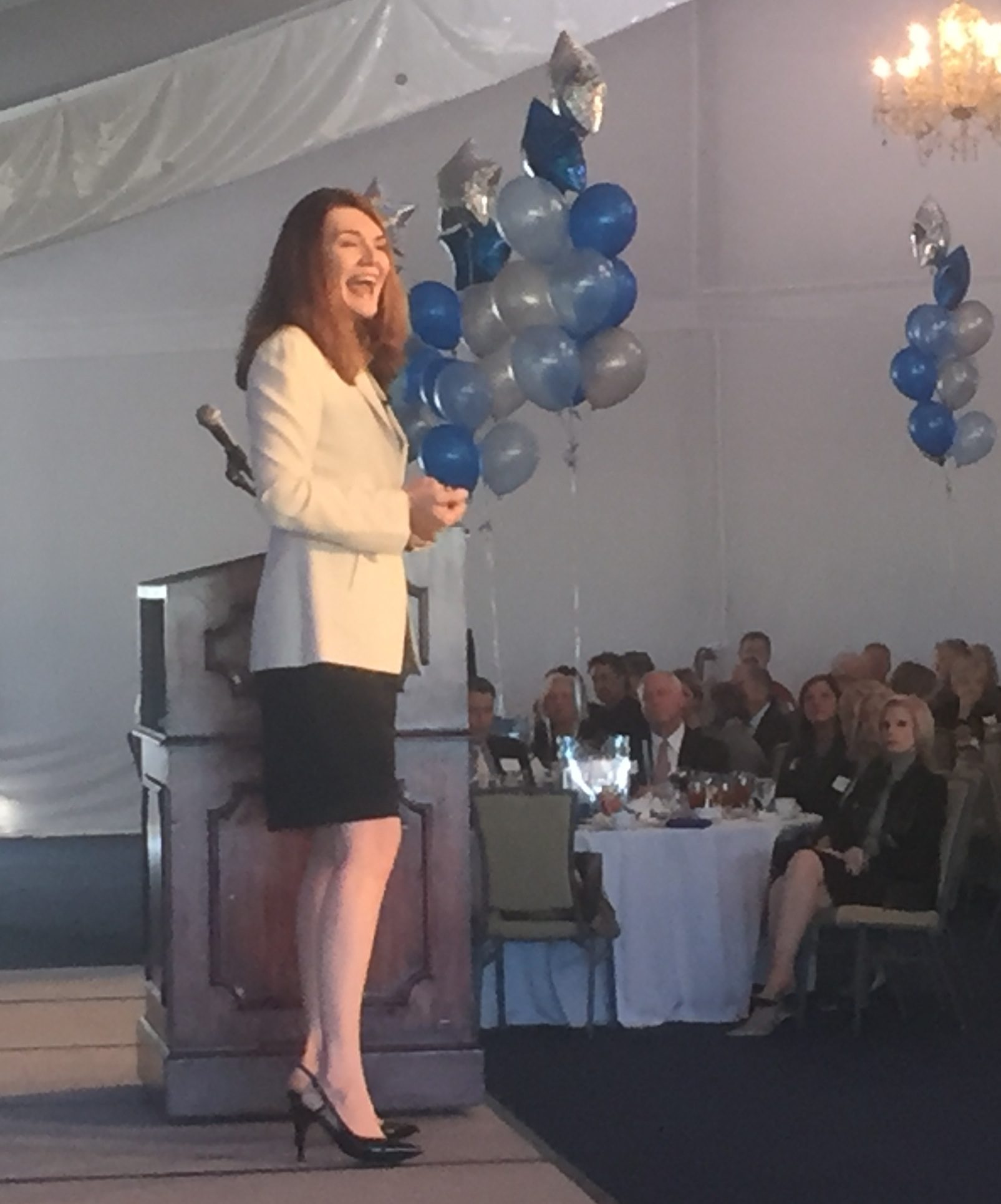 Jeannette Walls used to be afraid her past would be uncovered. She was afraid people would know that she grew up poor, that her father was an alcoholic, that she had to read by candlelight because her family had no electricity. She grew up to become a high-profile celebrity journalist. She couldn’t let people find out.

She was living in New York City when her parents moved there. One day, she came across her mother living on the streets. Her two lives had crossed. had to confront it.

Walls wrote about growing up in poverty in The Glass Castle, which became a New York Times bestseller. She recounted how telling her story changed her life at the 2016 Youth Haven’s annual Home, Hope and Healing Luncheon. Youth Haven provides housing and services to children who have been abused or abandoned.

She drove home a message to the crowd: Don’t be afraid of your past. If you’ve been neglected, abused, failed or hurt in anyway, confront it. Her father used to make a game of chasing imaginary demons when she was a child. Now, she says, she has harnessed the demons of her childhood.

“We don’t have to sit around and feel angry or sorry for ourselves,” she said. “We can do something positive.”

Instead of being resentful of her parents, she learned to take the positive from it. Her harsh upbringing taught her to be a fighter. Her father’s relentless dreaming meant he had difficulty staying put, but it taught her never to give up.

“Everything can be a blessing and a curse,” she says. “It just depends on whether you want to see it as a blessing or a curse.”

She later learned that smooth is only what we see of others. It’s never the reality of people’s lives. As a woman once told her, “If you look closely enough, even silk has texture.”