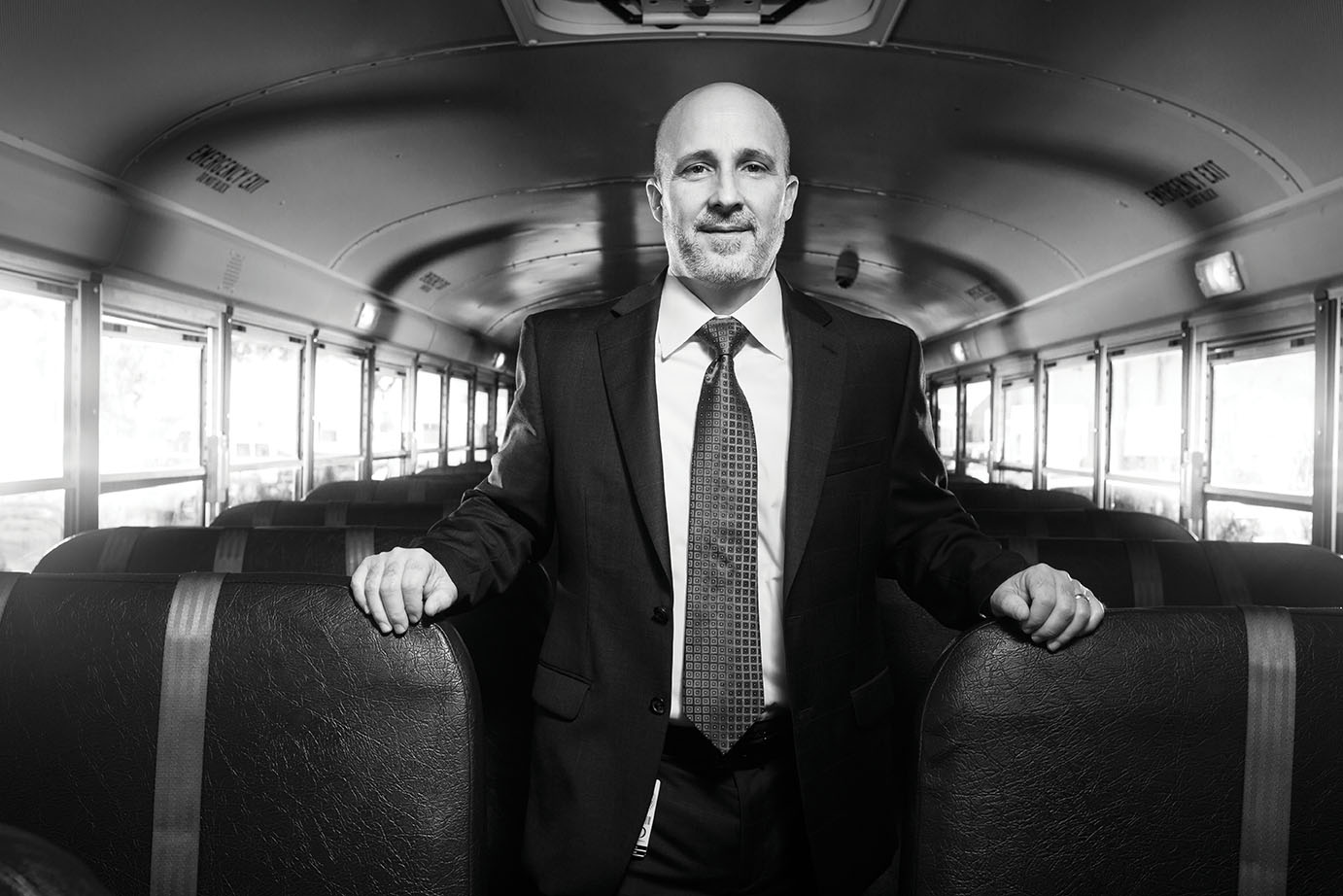 Being a superintendent in Southwest Florida is a pretty perilous task for anyone who values job security. Both Lee and Collier public school systems seem to have a hard time deciding what they want in a leader, and an even harder time not running off the people they hire. Greg Adkins jumped into this pressure-cooker environment in October after serving barely a month as Lee County’s interim superintendent following the abrupt resignation of former head Nancy Graham.

Like Graham before him, Adkins has a lot of ideas on how to make the system better. One of his big long-term plans is to address the way students are assigned to schools. Right now Lee County has an extremely complex school-choice plan that buses students all over the county, a legacy of the district’s issues with desegregation in the 1960s. We sat down to talk with him about what the future holds for Lee County schools and how he thinks he can get the job done.

On taking the job

“Really it was a couple of reasons. First, this is my 28th year in the district. I started here in 1988 and have slowly worked my way through the system doing different things. You become very invested in the system. You feel an obligation to the students and the teachers and everyone else involved. Those people are the backbone of any great school district. So certainly obligation played a role.

“The other thing is being superintendent puts you in a unique spot to make things happen. We have a lot to do as a nation to improve our school systems.”

“One of the things that I’ve done is been the negotiator for the district for the past 14 years. Your job is to get the employees and the administration together on the same page. In a lot of ways that’s what the superintendent is doing with the school board. It’s a type of work I enjoying doing, to persuade people to come together in a singular perspective as difficult as that might be. You use open communications, use data and research, and prove your side.”

(Editor’s note: Lee County school board members voted not to participate in certain statewide tests after parental uproar in 2014. That decision was quickly reversed.)

“This has caused a lot of controversy for us. But it’s literally like that across the state and nation. This isn’t a Lee County problem. We certainly support a rigorous curriculum that is relevant to student needs. But there needs to be flexibility. And we need to test better, not more. There was a study out of UC Berkeley that showed students coming into college with better grades performed better than students with higher test scores. Grades were the best predictor of student success. My experience has been that performance in the course of a class can be assessed in a wide variety of ways. It’s verbal, it’s short answer, long answer and multiple choice. Having said that, we have to have a way to measure our performance.”

“Education is the key to making our country better. We have to look at how we are doing that with both short-term and long-term goals. Some things we have to deal with quickly. We have a teacher shortage, and that is certainly a priority. And we have capacity issues we need to address pretty fast as well. In the long term, we need to look at student assignment. That’s something that has to change.”

“We have to have high-quality leaders and high-quality teachers in every school. There can’t be underperforming schools so that parents don’t feel like, ‘I need to be in a certain neighborhood for a good school.’ They need to have that right in (their) backyard. Because when schools all perform well, then you don’t have to bus students across sub-zones. Right now some students have as many as 17 options of where they can go to school. The goal has been to stimulate diversity. But there are some schools now that don’t have as much diversity because of busing.”