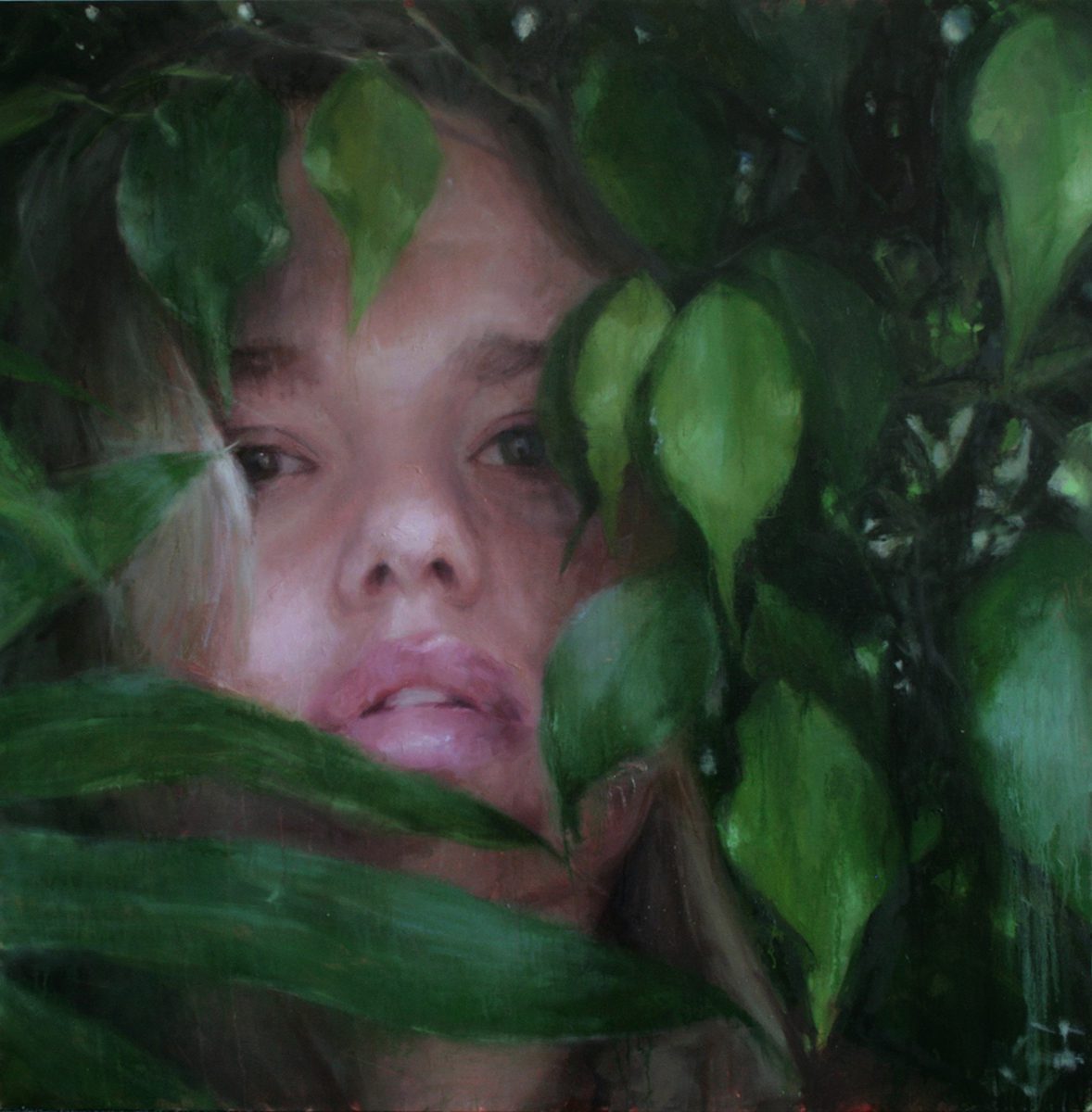 Reisha Perlmutter wanted to evoke a very specific feeling in her latest series of paintings: what it’s like to grow up in Southwest Florida. It’s an ambitious goal. She thinks she’s captured it.

The Naples native will have her work displayed locally this month. An opening reception will be held 6-8 p.m. March 23-24 at Sea Salt restaurant for her Origin exhibit (a portion of the sales go to the Conservancy of Southwest Florida). She’s also been selected to participate in the Artis—Naples Artists’ Studio Tour March 6-7.

Reisha (daughter of the famed Grain Brain author Dr. David Perlmutter) basically grew up in the neighborhood where her parents still live today. She came back into town in June, and while recovering from a surgery spent a lot of time outside on the back patio. She’d watch how light reflected off the canal waters or just how it’d creep across a table. It was inspiration.

Her exhibit can be seen as a reflection of growing up in Florida. The individuals she paints are visible through water or foliage, light bringing an added dimension to the work. What is it like to actually stop and feel the sun on your skin?

“I want these paintings to glow,” she says.

The intention wasn’t to make the work a perfect reflection of reality, as she let the oil paint run and dry in ways that may suggest imperfection. However, she sees it as part of the process of creating art. The paint brings its own dimension to the work. She accepts that.

Art has been her intended career as long as she can remember. An entry into a journal she kept in second grade reads, “I want to be a painter.” She’s gone on to receive degrees at the School of the Art Institute of Chicago and New York Academy of Art and has taken part in residencies in France and Italy. She’s lived and displayed in New York City and sees herself venturing beyond her hometown again. But, like the paintings suggest, the feeling of Florida will forever linger.