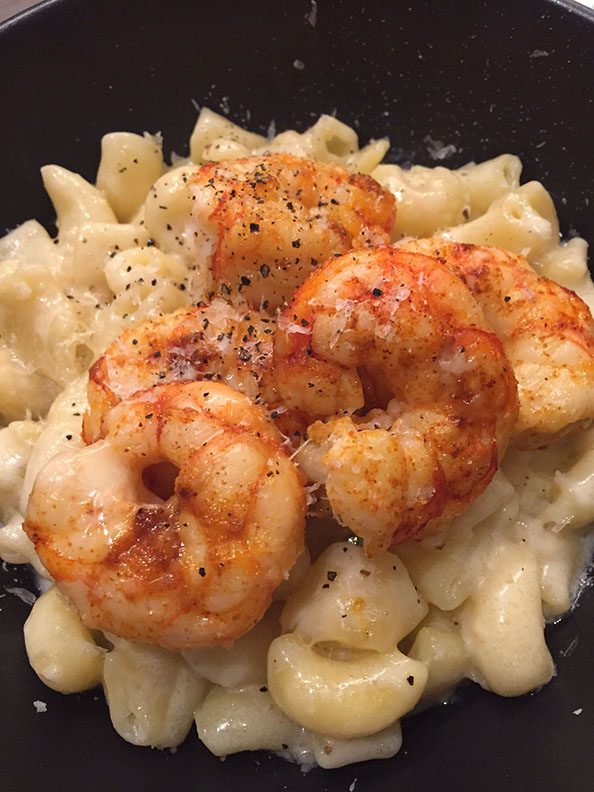 Ever since we broke the news in town that celebrity chef Art Smith was opening a restaurant in Naples, his first in his home state, I’ve wondered how his vision would come to life—how exactly would he weave an Italian flair into the chicken and dumplings of his youth, and more generally the trademark taste of the South he’s perfected through three cookbooks and two James Beard Awards? The idea, he says, came to him because this is what he views as America’s Riviera and because he was asked to be a “chef-diplomat” by the State Department and the James Beard Foundation at last year’s World’s Fair in Milan, where he ran a pop-up for two days using Italian ingredients to serve his food.

Thanks to an early preview, I got a first bite of the ultra-crispy fried chicken flecked with fresh rosemary and his homemade hot sauce. Said the chef with his famous chuckle as it was being delivered, “Some people have complained it was too hot, but I like it that way.”

I’d have to agree. You can definitely feel the love—something chef Smith always wants for his diners (you know what I mean if you’ve followed him on TV). And the sophisticated comfort food should go over well here, from citrusy olives with cheese curd to a light mascarpone mac n’ cheese with plump paprika-dusted Key West shrimp to a delicate hoecake—imagine something between a hefty crepe and light pancake—a dish, I’m reminded, that was made by field hands a century ago (aside from being a chef, Smith could easily qualify as an amateur food historian). Now it’s Naples' turn to give 1500 South by Chef Art Smith a warm welcome.

Read Hot Dish twice a week online and every month in Gulfshore Life.