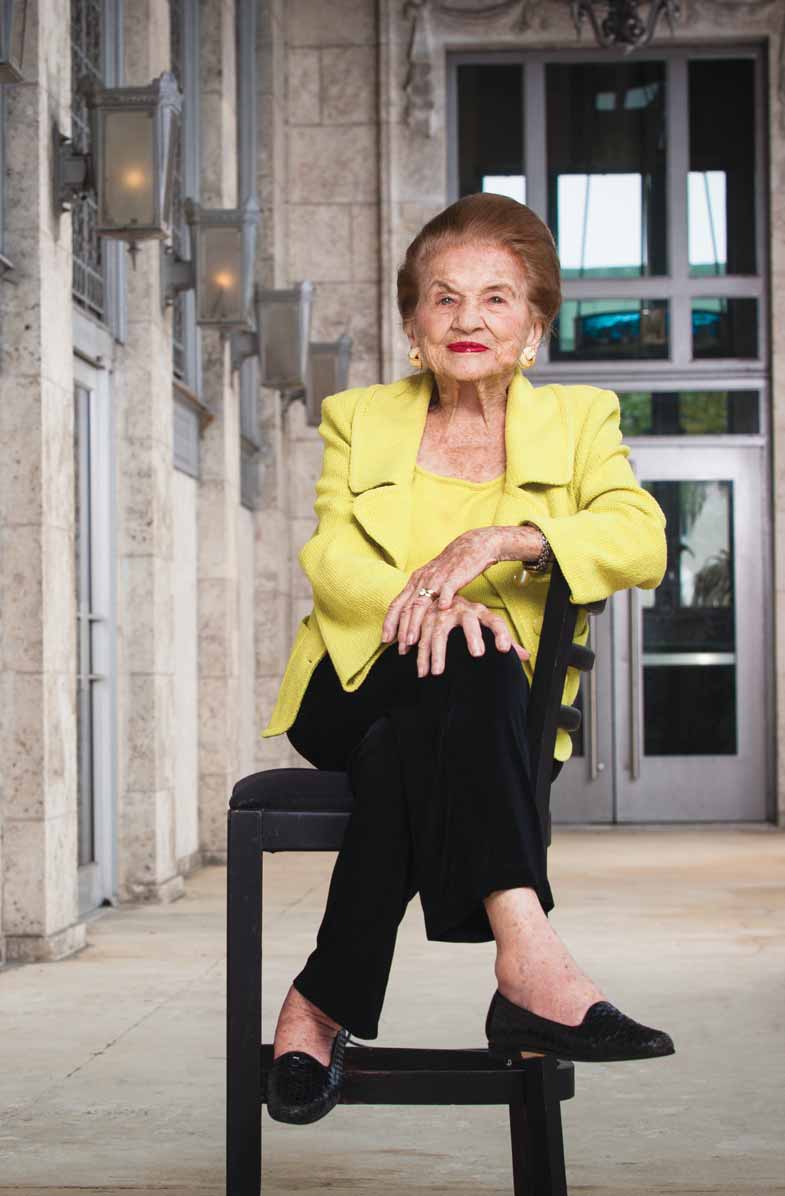 Davis was one of our Men & Women of the Year in 2012. Below is what we had to say—and what she had to say—about her life in Southwest Florida.

Coming from the mouth of a 97-year old, the phrase sounds somewhat disingenuous. And yet, if there was one person in Southwest Florida whose opinion we’d trust, it would be Berne Davis. The Fort Myers matriarch is as indelibly linked to the City of Palms as the Edisons and spring training and spent her life loving and giving to the city. She arrived as an eighth grader in 1928 and watched as the majestic United States Post Office was built along First Street. In a way, Davis and the Post Office grew up together, and are forever linked. It opened the year she graduated from high school (1933), was converted to a courthouse in 1960, and was abandoned in 1998 when a new courthouse was built. In 2007, she donated $1 million to save what is now known as the Sidney & Berne Davis Art Center.

“I grew up loving that building, loving Fort Myers, loving everybody,” says the gracious Davis. “I was just so afraid they were going to tear it down and put up some condo or something. It is just something that needs to be here … I think downtown would be lost without it.”

Something people are surprised to know about her: I’ve lived all over the state of Florida—from Tallahassee down. But I moved here in the eighth grade and I’ve stayed here ever since. Guilty pleasures: I love going out to French restaurants. Left on her bucket list: I have been so fortunate that I have been on so many wonderful, wonderful trips. I have been every place that I ever wanted to go. I guess I would like to go back to some of the places I’ve been because they were all so much fun. Quality she most admires in others: I love honestly, trustworthiness and sincerity in others. Least favorite dinner conversation: Politics. I don’t give a poop about politics. I don’t get excited about it. —Michael Korb