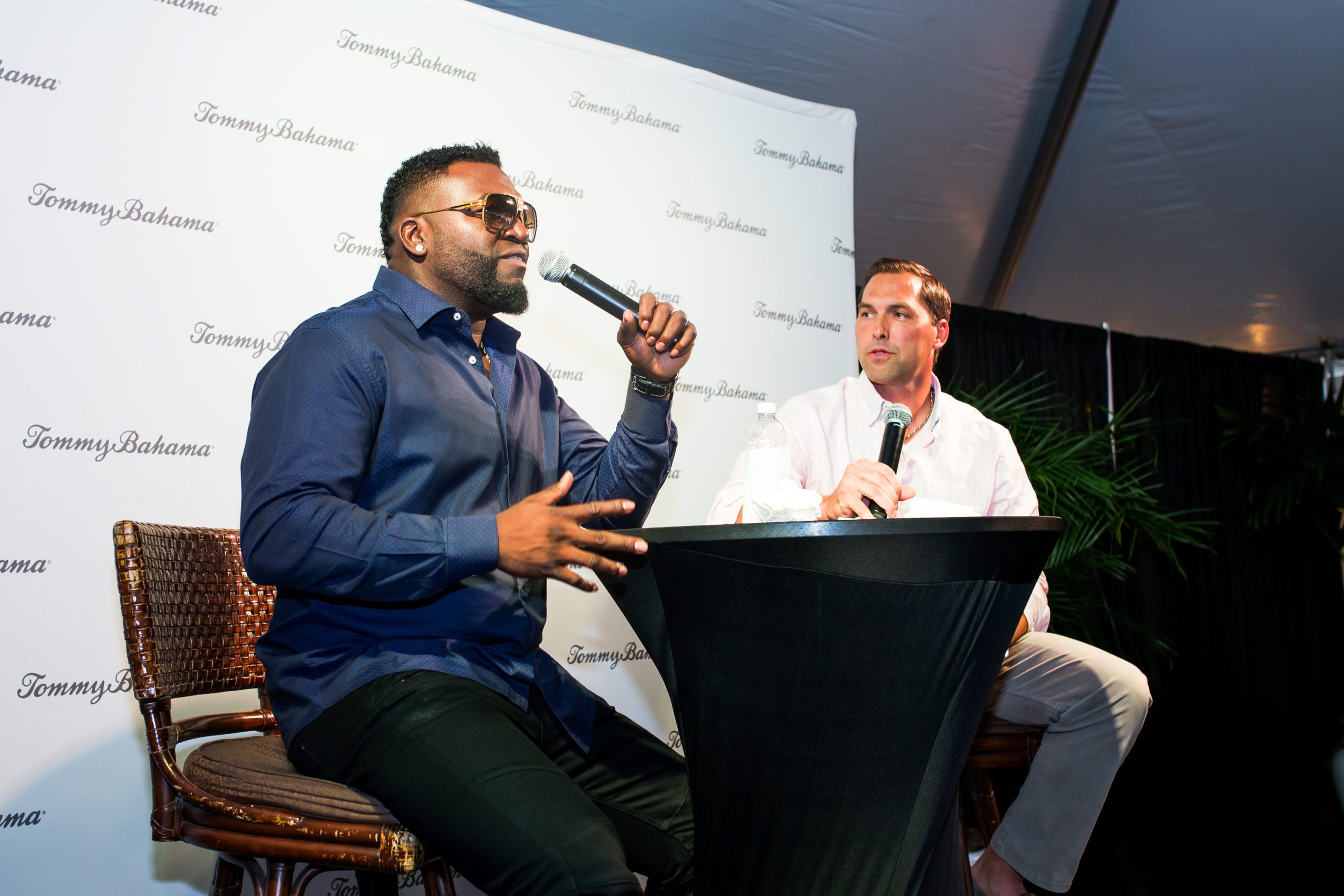 Why is David Ortiz retiring after this season?

Fair enough. The man known as Big Papi made a stop in Naples on March 21 at the Tommy Bahama Restaurant, Bar & Store. About 100 fans paid close to $395 for a chance to get an autograph with the star and listen in on an interview with MLB Network’s Mark DeRosa. Some guests got a more, well, personal experience than others—one female fan event got Big Papi to sign a Sox-themed tattoo on her left shoulder blade.

Ortiz delighted the crowd with tales from the World Series and behind-the-scenes accounts of former players (including Manny Ramirez, who he claimed with a chuckle had a “good brain to hit—but not much else.”) The biggest reactions came when he discussed his retirement. Fans peppered the talk with shouts of “We love you!” and “Don’t leave us.”

Ortiz responded: “You know how much you have to sacrifice to play the game. As you get older, it gets harder.”