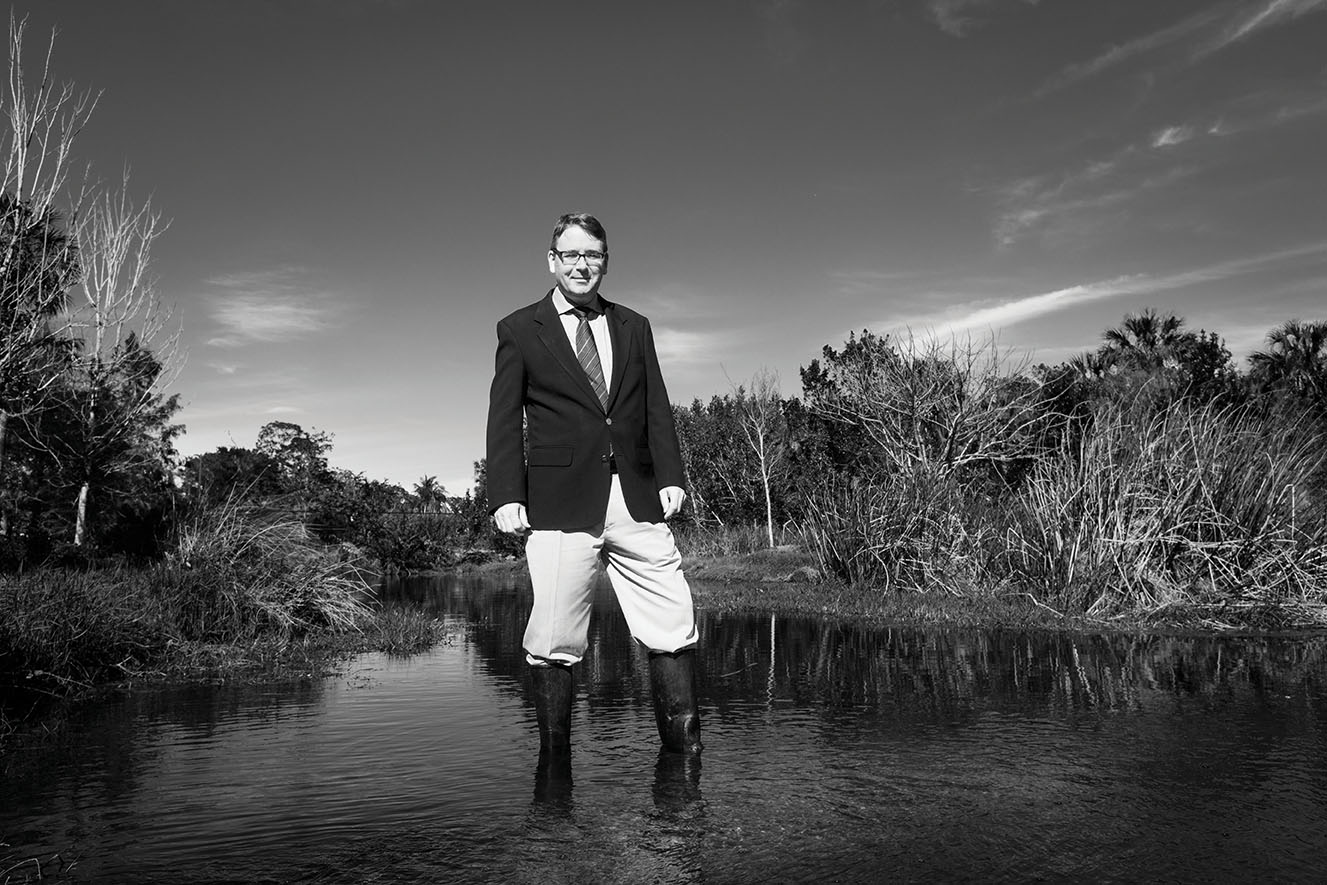 The devil is in the details. That sentiment rules Rob Moher’s professional life. As the CEO and president of the Conservancy of Southwest Florida, Moher finds himself constantly concerned with what most people, including state lawmakers, often see as the minutiae. His organization is currently lobbying against proposed fracking legislation, not because it wants to see fracking in Southwest Florida’s sensitive ecosystem but because Moher doesn’t see the legislation going far enough to protect that ecosystem from other forms of oil and gas extraction. At the same time, projections have shown that the territory of mangrove estuaries, one of the issues that caused the formation of the Conservancy 50 years ago, is increasing in part because of rising sea levels.

We caught up with Moher just after the turn of the year to talk about what he sees for the early legislative session, oil and gas regulation, community control, development and more.

On the legislative session

“I wish I had a crystal ball and could tell you how it will all work out. Obviously our top legislative priority is meaningful oil and gas regulation. With the current bills, we know they talk about fracking, but they don’t talk about all the techniques that can be used for extraction. We have porous limestone bedrock in Florida. One of the techniques used involves using acid. Does that seem like a good idea? But it isn’t regulated under these bills. We will be successful if we can close that loophole, ensuring objective scientific study takes place.”

“One of the issues with much of the legislation is the preemption of local regulatory authority. These bills specifically deprive communities of the right to decide for themselves. That doesn’t make sense. Imagine a mine is being proposed. With local controls, you are thinking about things like noise, light, surface water, traffic patterns. What if it’s 1,000 feet from someone’s house? Does it operate 24 hours a day? State controls only the extraction regulations but removes the other controls from local lawmakers. We’re starting to see some pushback on this from people who are concerned about losing home rule.”

“There is an opportunity to focus on creating a smart plan for eastern Collier. Some numbers show as many as 500,000 (people will be) east of Collier Boulevard. We are advocating ramping up the density of development balanced with retaining that rural character. These need to be self-sustaining communities with employment and shopping.”

On the total costs of development

“There is a lot of concern about the economic cost of all this development. At the end of the day, what is the cost to taxpayers? With the six-lane expansion of Oil Well Road, taxpayers lost out on all of that money that was spent just for a specific development in Ave Maria. I think that taxpayers are going to be very carefully examining whether development pays for development.”

“Rather than just looking at mangroves moving inland, we are asking, ‘What does that mean?’ At this point we know that mangroves serve as a nursery for juvenile fish, that they protect us from more intense storms. So we are going to err on the side of caution.”

On the survival of Florida panthers, after the worst year for road kills on record

“You can’t sustain a population when double the number are being killed as being born.”