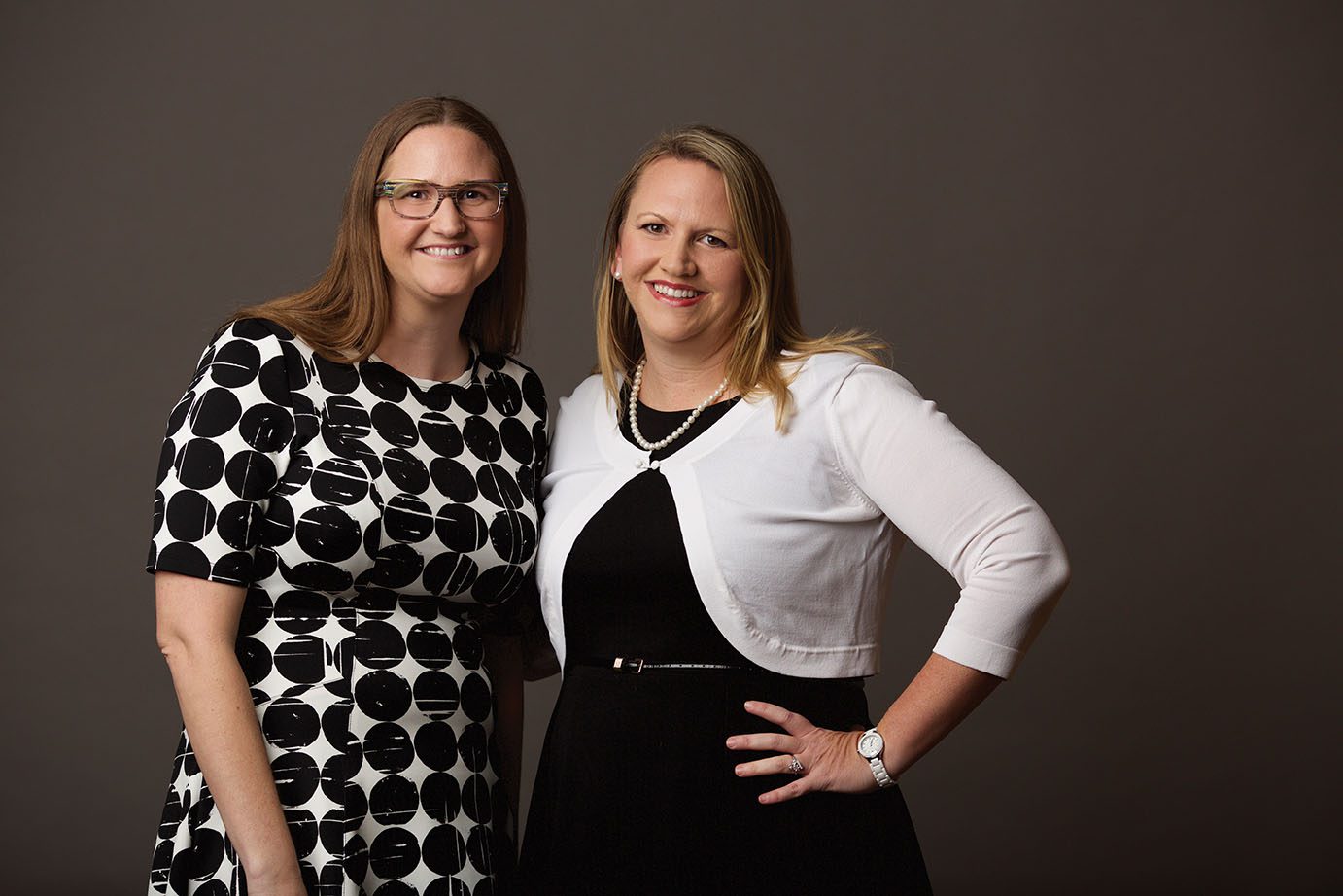 As part of celebrating its 40th anniversary, the Southwest Florida Community Foundation is lining its walls with a photo exhibit of people who make Southwest Florida such a giving community. Photographer Brian Tietz proposed the project and included some of the next-generation contributors to signal the promise of the future. Here’s a sampling of the new faces of philanthropy and the stories behind them.

The Meek sisters returned to their hometown to help run what had become a family business: Harmon-Meek Gallery. Juliana, 35, and Kristine, 38, had ventured out on their own—Juliana with intelligence agencies in Washington, D.C., and Kristine in development and communications for wildlife agencies like The Conservation Fund. They came home and took over their parents’ gallery, then opened Harmon-Meek|modern. But they wanted to do more. They’d always been involved in community organizations as children. So, they decided to get more involved as adults, co-chairing and funding the Visionaries of the Visual Arts Award, which recognizes local artists and awards grants to nonprofits involved in arts education. They’ve served on committees of local nonprofits and have been instrumental in getting next-generation organizations formed, such as one for The Shelter for Abused Women & Children. They tell their peers that there’s more than one way to help. “You can have a big impact without having a big wallet,” Kristine says.

When the Shores started their Full STEAM Ahead program, they wanted to make sure it could reach as many children as possible. Ryan, 30, and Hillary, 32, had spent their careers as public school teachers. They didn’t want to just reach the select few who could afford their after-school and summer school program focusing on science, technology, engineering, arts and mathematics. Full STEAM Ahead is a for-profit operation, but its nonprofit arm raises money for the students who otherwise couldn’t afford it. Every day, a diverse group of students climb the stairs in Naples’ Sports Club Center to the rooms full of keyboards, guitars, laptops and other gadgets to get fun lessons reinforcing what they learn in school. As it turns out, some of their best memories come from those scholarship students, like the young man they gave a ride to every day for the summer program because his parents couldn’t drive him. “You see how excited these kids are, and you know they’ll remember this forever,” says Ryan Shore. “You pray they’ll have more experiences like this.”

Jay Scanlon, 44, is a busy man. He oversees two major car dealerships as the president of Scanlon Auto Group. He inherited the position from his father, who worked for Ford Motor Company before opening his own dealership in Southwest Florida in 1980. From the time Scanlon was 9 years old, working around the dealership after school, his father passed on to him the importance of hard work and the knowledge needed to “sit in every seat” of the organization. But he also passed on a philanthropic principle: Support the community that’s supporting your business.

Today Scanlon Auto Group pours north of $200,000 back into the community each year, through a multitude of organizations. Scanlon has developed a particular passion for his work with Habitat for Humanity. He loves “swinging the hammer,” working with the future homeowners, seeing exactly how those people’s lives are affected instead of just writing a check.

“I think for anyone it’s just—take a Saturday, or take a half-day off work if you can, and just go. Get dirty. Go serve food, do something,” he says. “I think once you make a connection with the people that are being served, you won’t have any question that it’s the right thing to do.”

In their 20s and 30s, most people are busy building a career, building a family, maybe building a home. The Devisse siblings are also building a future for others.

The eldest at just 32, Marc Devisse had the idea to start a philanthropic fund through the Southwest Florida Community Foundation with his company (he owns Tri-Town Construction in Bonita Springs). But he changed course and approached his siblings: Julien Devisse, 29, a coastal engineer in North Carolina; Claire Gogan, 27, a Realtor in Naples; and Matt Devisse, 25, an attorney in Naples.

Everyone was on board, which is no surprise considering their standing commitments. Among the four of them they are involved in about a dozen causes, with future volunteer goals already in mind. Right now, the goal is to grow their fund as quickly as possible. They do know children will be a main focus when it’s time to distribute. Not everyone, they say, has been fortunate to grow up as they have: pushed to excel, with food on their table and a loving family in their corner. As for why they’re doing it now, to them it is simple. Everyone has the same number of hours in a day. In fact, the younger the better when investing.

“Life is about more than yourself and what you do,” Matt says. He adds: “To me and I believe to my siblings as well, what it is really about is making other people’s lives better.”

The spirit of his daughter will live on. Dean Piccirillo, 49, and his wife, Monica, wanted the short life of Gabriella, who died from birth defects, to continue to have impact. So, they started to contribute in her memory.

They focused on the organizations they felt close to. Dean, a financial adviser with HBKS Wealth Advisors, serves as the regional board chairman of the March of Dimes; he and his wife co-chaired a record-setting Signature Chef’s Auction this past year. They are also major donors to the Golisano Children’s Hospital. In addition, Dean serves as the president of the Greater Fort Myers Chamber of Commerce and its foundation that supports local arts educators. The Piccirillos see their charity as something more than just a way to give back to the community. It’s also about setting an example for their 10-year-old son, Dominick. He will grow up with parents who invest time and money in giving back. Hopefully, he says, his son will one day carry on that legacy of philanthropy. “If you’ve been successful, I think it’s an obligation to give back,” he says. “We’ve been fortunate to have benefited from the kindness of others.”

His big 4-0 birthday approaching, photographer Brian Tietz took a hard look at his life. The result was humbling. He realized he wanted to be a better person, role model for his children, member of his community.

So Tietz, now 41, turned to his talents. For the most part before his shift in perspective, he would brush off requests from nonprofits asking him to take photos at little or no cost. It seemed the perfect place to begin.

He first reached out to The Heights Foundation. For them, it was photographs of their child beneficiaries in a series of fun, large-format close-ups for their facility. Next came a conversation with Carolyn Rogers of the Southwest Florida Community Foundation. She took his idea of 10 to 15 portraits of community-minded people and ran with it. They’re now up to more than 50 Faces of Philanthropy—including the next-generation givers you see here—each photographed simply to showcase the soul.

“I feel like I really got some images from a lot of the people that will generate some sort of emotion,” Tietz says. “Even people who don’t know them will see in their eyes and their faces that they’re doing something they don’t have to do but they’re doing for the good of their community.”