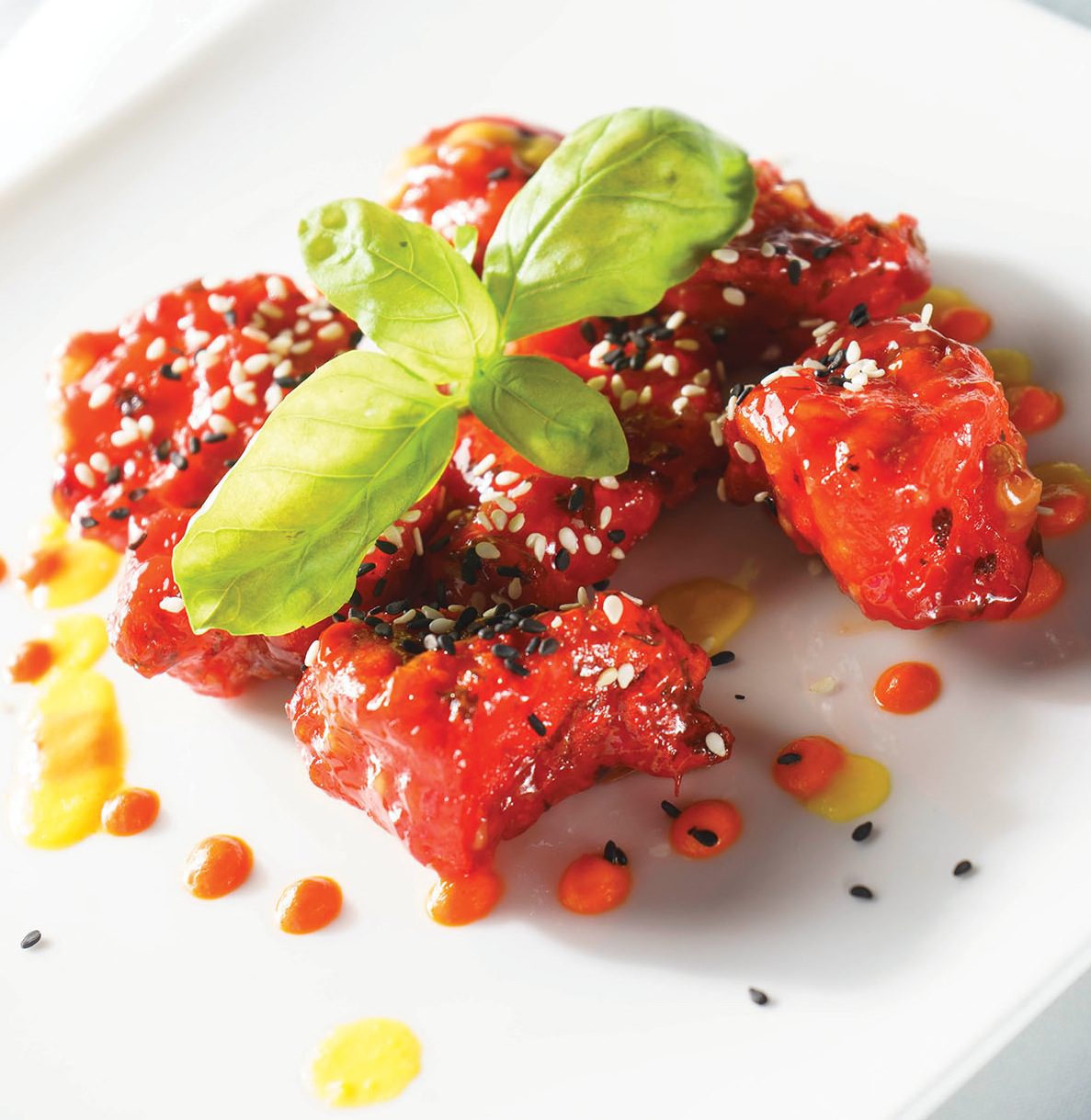 When I moved here six years ago, I had heard every excuse why we didn’t have the same breed of upscale ethnic restaurants I took for granted living in larger cities.

While talk of unadventurous palates and food phobias was dependable for a laugh, judging by the early success of 21 Spices by Chef Asif, we’ve officially entered a new norm.

As the restaurant name implies, a multitude of flavors take center stage in an Indian meal. But the real test comes not from fire-engine heat but from a layering of coriander, tamarind, mustard seed or star anise, jolting taste buds in unexpected directions.

When my husband and I went with friends a month after the restaurant opened, we didn’t know what to expect from chef-owner Asif Syed. But we had learned from traveling around India it’s always good to keep water glasses filled or, better yet, have mango lassi ($6), a yogurty smoothie, at your side. (Try it—the dessert-first approach is one you won’t regret.) Amid a packed dining room, our waiter upheld his end of the bargain, making online chatter about hiccups in service seem resolved.

When we first sat down, palpable excitement aside, I could barely focus on the menu. My gaze darted from the intricately carved lanterns punctuating the ceiling to a chic nook fashioned with wine bottles (a diverse collection from the Americas and Europe, mostly between $30 and $130).

My dining companions brought me back to the task at hand.

“Because the entrées come with rice or naan, let’s order extra naan?”

Another rule of thumb: Curry without rice is akin to marinara minus noodles, but the ample fragrant rivers of sauce also beg to be scooped up in pockets of hot dough. We agreed we needed both plain ($4) and garlic ($4).

Orders lodged, our feast was set in motion with the delivery of airy poppadums, lentil crisps with a kick from cumin seeds, and a trio of chutneys. Samosas ($8), savory pastries I’ve always found touch-and-go, were a revelation: The crisp exterior belied a smooth current of local vegetables, a far cry from oft-dry clumps of potatoes and peas.

The night’s all-star, the “Progressive” chicken ($8), with an unmistakable Szechuan undertone, showed the chef’s grasp of the modern influences swaying the subcontinent. Coated in a sweetened batter with hints of sesame and a wallop of spice bringing up the rear, the nuggets melted in our mouths.

If those dishes proved he could cook, the Nawaabi Paneer Tikka ($8) sold us on his ability to reinvent. Lightly charred cubes of cheese, threaded on an elegant skewer, sat atop a vibrant pool of chili sauce with a purple-tinted mess of microgreens. The colors alone made me forgive the undercooked pieces of bell peppers between the springy bites.

There were plenty of fusion dishes and curiosities, but my husband and I craved our usual suspects: Chicken Tikka Masala ($18), a true-to-form velvety simmer of tomatoes and cream, and a delightfully garlicky rendition of Palak Paneer ($16) with firm bits of cheese bobbing in ribbons of wilted spinach. Thankfully, our friends were more daring. A lobster masala ($30), intriguingly spiked with fenugreek, had enough sauce to enhance but not detract from the Maine crustacean. Dumpukht Goat Biryani ($20), an inherently drier rice-based casserole from the chef’s native Hyderabad, itself a culinary melting pot in India’s heartland, prompted a wistful, “I’m happy with my dish, but I’m missing sauce.” Using garlic-speckled naan as shovels, the rest of us rectified that with shared helpings of our curries. (Many menu descriptions may not turn out how you picture: Play roulette—pick something and let yourself be surprised.)

Dessert seemed challenging because we wiped our plates clean, but we didn’t want to miss Indian doughnuts ($8). Two perfect spheres, soaked in milk with a hint of rose, were perched on saffron custard. Sweet but not cloyingly so, the confection drew nods all around—and we admired the chef’s unorthodox drizzle of chocolate and diced strawberries.

On the way out, we couldn’t resist poking our heads into the sparkling lounge and vaulted patio. We were shocked both were bustling, but we shouldn’t have been. 21 Spices aptly straddles the line between what’s expected from Indian cuisine and the modern interpretation of what an Indian restaurant can be.

Naples, it appears, is embracing this.