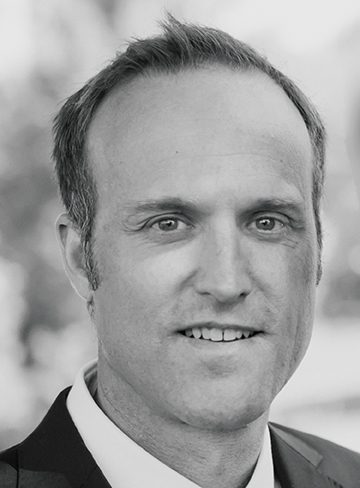 The move just made sense. When Shannon Franklin decided to step down as executive director of the Naples International Film Festival, her replacement needed to be someone who could build on the already successful event. Turned out that someone had basically been around since year one.

Jon Fitzgerald came to the first festival in 2009 to show his film The Back Nine, a documentary about an average 40-year-old man’s quest to become a pro golfer. That started a relationship that now sees Fitzgerald stepping in as the festival director.

The longtime film festival organizer has moved quickly to build a bigger and better festival in Naples. The early moves have put in motion an expanded event, one that will have a presence year-round. The first of what will be monthly screenings was scheduled for May at Artis—Naples. An amped-up membership program will buoy the year-round screenings and help generate more money for the festival.

The October festival itself will basically remain the same (although Fitzgerald mentioned the potential of adding a day sometime in the future). Organizers will be playing up their international selection of films and introducing a selection of socially conscious films with a tie-in moviegoers can later contribute to the cause. Overall, “(NIFF) will be a lot more robust,” Fitzgerald says.

Perhaps the biggest news already happened when the festival hired Fitzgerald. With him comes nearly 20 years of experience organizing film festivals around the world, including AFI Fest and the Hollywood Film Festival. He was one of the founders of Slamdance, a response to the Sundance festival that puts the spotlight on emerging filmmaking talent. And, in addition to his own filmmaking (The Highest Pass about a trek up the Himalayas won Best Documentary at NIFF in 2011), he’s championed socially conscious films with Cause Cinema, helping independent documentaries find audiences. The program also organizes screenings for students—an idea Fitzgerald would like to get going with local schools. “He really has the ideal background for us,” says board chairman Bill Hoffman.

The relationship started after Fitzgerald’s screening that first year. Organizers learned about his extensive background and got him to join their advisory board. Since then, he’s been involved as a consultant and contributor in Naples. The festival has shown six films he’s been involved in. Shannon Franklin recommended the board members hire Fitzgerald once she announced her desire to move on to focus on starting a film production company. (She remains on the advisory board of the festival.) “Given his history with the festival and his industry experience, I felt he would work well with the NIFF team,” Franklin said via email.

The move made sense for Fitzgerald, too. He had bounced around the globe organizing film fests, including stops in Abu Dhabi and the Bahamas, so telecommuting from his L.A. home wasn’t a big deterrent. His familiarity with the festival from a filmmaker’s and consultant’s perspective made it easy for him to pick up where Franklin had left off.

Even though the festival is still months away, the process is really year-round for what will culminate in four days in late October. As Fitzgerald rather bluntly explains, there are a lot of film festivals and just not enough quality films to fill them all. Many festivals rest easy at a level of mediocrity, settling for what comes in. Successful festivals are more aggressive in attracting quality films. Fitzgerald estimates that about half of screenings at a festival are from organizers recruiting filmmakers to show their films; the other half coming from the unsolicited submissions. So, Fitzgerald has been traveling the festival circuit to make connections (not to mention the fact that he’s based in the movie capital of the world).

With the help of a local staff, the festival is quickly evolving to become a year-round event for the public, with its monthly screenings. The theme this year is “Happy Anniversary, Hollywood” and the screenings will celebrate film classics. (The planned showing of West Side Story in May marked the 55th year of its release, believe it or not.) In the near future, keep an eye out for other classics as well as a potential celebrity tribute, he says.

NIFF is seen as a solid second-tier fest, not in the top rung like industry-favorites Cannes or Toronto, but one that’s gained a reputation for attracting good programming and engaging the local audience, Fitzgerald says. Among the claims to fame are screening The Cove in 2009 before it went on to win an Oscar the next year. (The director’s follow-up Racing Extinction was screened this past year.) “It’s really known for being a well-run festival with good hospitality,” he says. “I’m building on (previous) success. It’s not like I’m coming in to reinvent the wheel.”