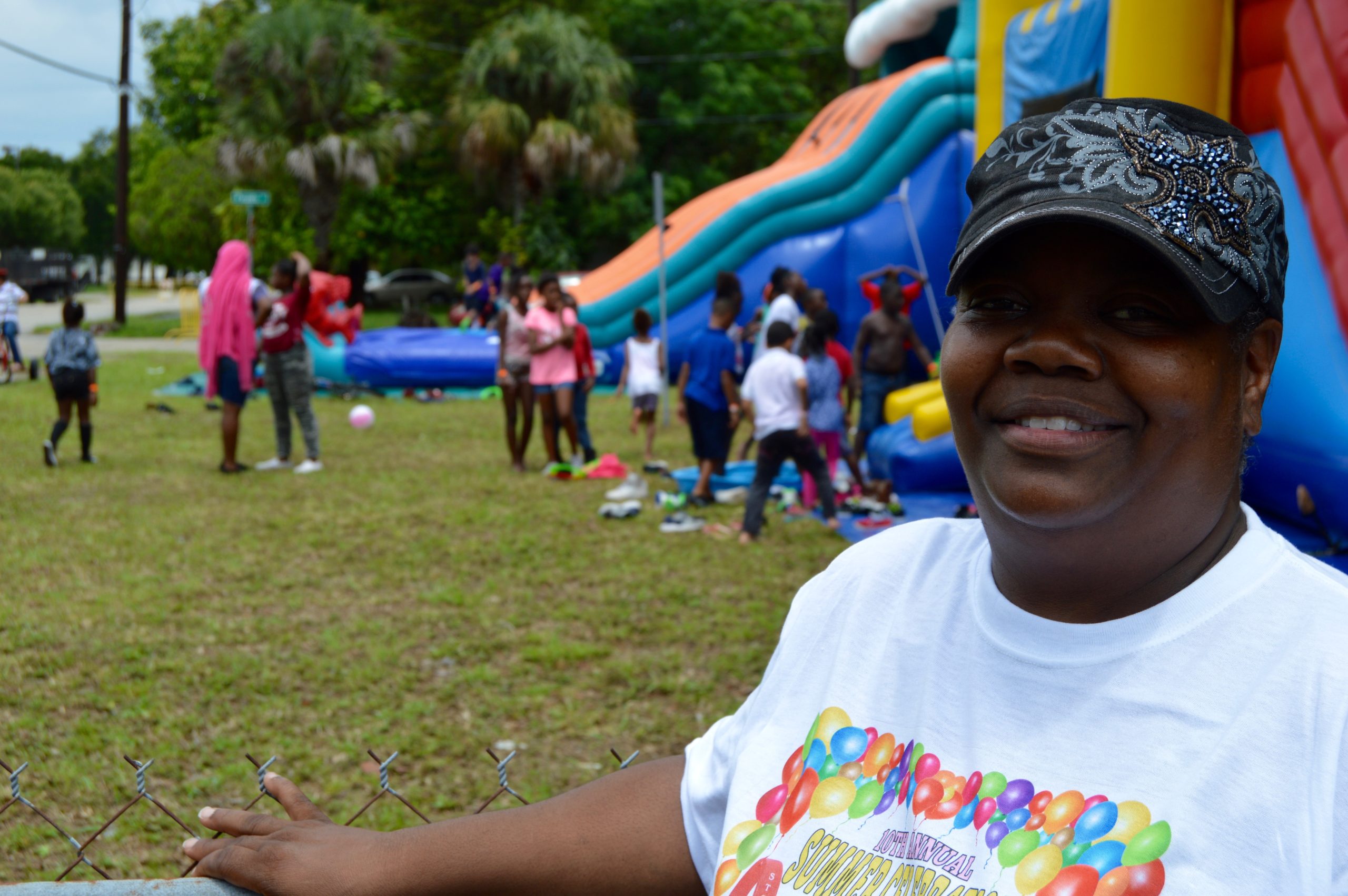 Rain clouds hovered over the last day of school in Lee County on Friday, but the corner of Blout and High streets in Fort Myers had a carnival atmosphere nonetheless.

A giant inflatable waterslide. A bounce house. The snow cone truck. A portable stage for dance contests. Oversized tricycles that could plow even through the muck. A giant spread of food—hot dogs, fried chicken, baked beans, sandwiches, chips—enough to feed a whole neighborhood because this party was, in fact, designed to feed a whole neighborhood.

Friday marked the 10th year of Taunya Cola’s giant last-day-of-school bash, held on her front lawn for anyone who wishes to attend. The affair has gone from a one-woman show to a multi-person production (with lots of donated goods), though Ms. Taunya unquestionably remains the ringmaster.

“She is the positive change that folks talk about,” gushed Twaski Jackson, who has been helping out for the past eight years on behalf of his Phi Beta Sigma fraternity. “She’s not a nonprofit or a big organization. She just makes this happen.”

Behind him, the first arrivals rushed straight to the waterslide.

Cola lives in Lee County’s most troubled neighborhood, Dunbar, which is plagued by drugs and violence, but is also home to community mavericks like Cola who quietly sacrifice much to make the neighborhood a better place.

The party, in fact, had been inspired by a fight. Cola recounted the story right after Easter when her attention turned in earnest to party planning. In addition to the party, she coordinated this year’s Dunbar Easter Parade, runs the Neighborhood Watch committee and spearheaded an ongoing Stop the Violence campaign in response to a friend’s death a few years ago.

If there’s “beef” going around, the last day of school is the day that kids are going to act on it, believing they are free from school rules and consequences of breaking them, Cola explained. Sure enough, she looked out her kitchen window on one such afternoon to see a couple of them brawling—right there in her yard. A slew of classmates stood around them, egging them on.

Cola ordered them to quit or she’d call the police. She’s got a way with kids—she’s the neighborhood mom who opens up her house and listens to whomever needs to vent.

“I would sit out and talk to my daughter and her friends, just hanging out,” she said. “I want to know who is who and what is what. … Sometimes, if you just sit and listen, they’ll tell you everything.”

Anyway, Cola diffused the situation—until the parents showed up and they got into it. She called police.

As the last day of school 10 years ago approached, Cola asked her daughter, then a middle-schooler, how they could make the day special—and violence-free. “I was thinking maybe when you guys get off the bus, you can have some friends come over, and I’ll give you hot dogs and chips and a drink,” the mother said.

Her daughter, Brittnie Cosui, liked that idea. But, she and her friends thought a boom box might be nice, too. And maybe a bounce house? And did they have to limit the gathering to just close friends?

Cola consented to everything, and that first year, 150 kids showed up on her lawn.

Dunbar has lots of internal feuds between the different neighborhoods and housing complexes that make up the community. When Cola looked at the registration form later, she noticed the kids had come from all over the place: Renaissance Place, Habitat homes, the Jones Walker apartments.

“These are the same people feuding and they came here, and no one had a fight; no one had an argument. They were mingling with each other, talking to each other and everyone got along,” she said.

That’s how the party was born and why she continues doing it year after year. Last year, some 1,200 people attended (a count of this year’s was not yet complete). Parents stay these days, too, taking advantage of the opportunity to mingle with neighbors and connect with community organizations that Cola invites.

“I think it’s good for the community,” said Ataria Young, who brought her 3-year-old son, Calvin. “People appreciate it. They need to do things like this more often.”

Cola’s daughter, Brittnie, 21, isn’t surprised at all that the tradition has held—and grown. That’s the way her mom is.

“We looked forward to it every year,” she said. “None of the kids ever want to go home.” 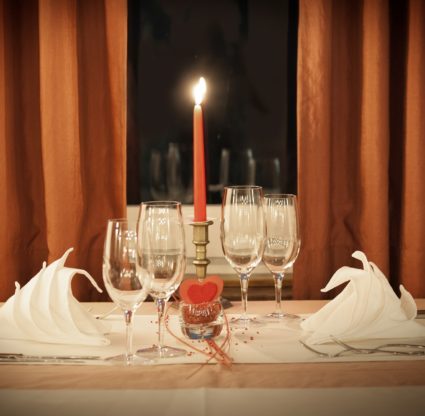