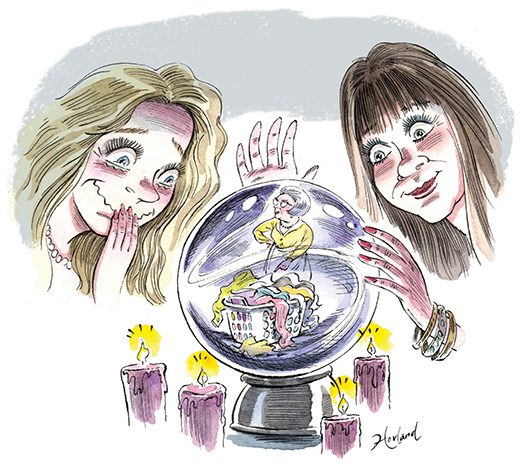 Whether it’s flying the Southwest Florida skies in a wee plane, donning a bulletproof vest and riding along with the Fort Myers Police Department to fight crime, or bravely paddleboarding through manatee-infested waters (I know they don’t bite, but they’re enormous!), Ms. Adventure has tiptoed out of her comfort zone often to share experiences that are out of the norm—at least for moi. But, my visit to medium Guisela Montes was quite the adventure, because it was (literally) out of this world.

When it comes to psychics, mediums and the like, I wouldn’t call myself a skeptic, as I have a healthy curiosity and a certain fascination for folks who have “the gift.” But, on the other hand, I recognize how generalized these things can be, and how persuasion definitely has power. For instance, years ago, a friend invited me to a new-agey gathering at a little shop that sold crystals and tarot cards and incense. Everyone was dressed in long flowing Indian-print-type dresses and skirts and tunics while a girl with blond dreadlocks and a pierced nose played chimes in a corner. It was kind of like the Lilith Fair, only not as fun (I really did expect an ethereal ’90s singer like Sarah McLachlan to suddenly pop in with a sitar or something and start singing). After we discussed our chakras for way too long, a lady with gray hair down to her waist and loads of turquoise jewelry commanded our attention (in the most calm and meditative way, of course) and began speaking to the crowd—there were about 40 of us, mostly women. She called herself a “mystic,” closed her eyes and took several deep breaths. We were actually sort of on the edge of our seats; she was very theatrical as she lifted her arms in the air and swayed back and forth. Finally, she spoke very slowly and melodramatically: “There is someone in this room who knows someone who has died from cancer.”

Really? OK, even I was psychic enough to know that prediction was a pretty safe bet. She may as well have declared there was someone in the room who was wearing Birkenstocks.

Still, a lady near the front of the room with strings of crystals around her neck and who smelled of patchouli quickly announced, “Yes! Yes! My Uncle Bob died six months ago of cancer!”

And I’m telling you, the “mystic” actually said, rolling her eyes back in her head, “Uncle Bob misses you.”

Patchouli lady swooned with such force I thought she might actually pass out. It reminded me of the séance scene in the movie Ghost, but with less Whoopi Goldberg and more Yanni.

So, when I heard about Guisela, I wasn’t sure what to expect—and different strokes for different folks and all, but I’d been there/done that when it came to the whole incense and crystals thing. I typed Guisela’s name into Google and discovered that she wrote a book in 2011 called Memoirs of a Medium and that she’s a “natural-born psychic medium” who discovered as a child that she was able to receive messages from the spirit world. At this point, I actually was picturing Whoopi Goldberg from Ghost (“Molly, you in danger girl”). But, Guisela turned out to be a completely different adventure.

Guisela works in the health care field for the majority of the week, and then on her days off, she does readings at her home in a nice, quiet neighborhood in south Fort Myers.

She’s completely booked until August, so the fact that she was able to squeeze me in at 9:30 in the morning on a Friday was a miracle unto itself.

It reminded me of the séance scene in the movie Ghost, but with less Whoopi Goldberg and more Yanni.

As I left my condo that morning, I grabbed a cup of coffee for the road and randomly thought, “I really need to drink more water.” And while driving to Guisela’s home, I started to dial my hairdresser to make an appointment but decided to put the call off (too busy). So, could it be a coincidence that soon after my reading started, Guisela told me that my mother, who passed away three years ago, was in the room with us and telling me to get my hair done—which is exactly how my mom would say it: “Honey, you really should get your hair done.” Or that St. Jude was also there and told Guisela that I need to drink more water?

Guisela is a pretty lady of Peruvian descent who has a warm, comforting voice, a sweet smile and a lilting accent. We sat at her dining room table looking out to a plant-filled lanai and pool. Her husband was leaving for work and her teenage son crossed though the room once or twice to get to the kitchen. Guisela explained that although she was raised Catholic, she’s more spiritual than religious. Before the reading, she said a little prayer, lit five candles, and started explaining what she was seeing and feeling. Toward the end, she used Angel Cards, but mostly, she just talked—inviting anyone who wanted to “cross over” to feel free to do so. There was my mother, who noted that I didn’t make my bed that morning (correct) and that I really should, and that I’d let laundry pile up (true) and I ought to get to it. She also asked me to call her best friend and tell her hello. It was comforting to know that mom was, well, still mom. “She is always watching over you,” said Guisela softly. Fortunately, the medium keeps a box of tissues on her table.

Guisela told me that an old, dear friend from my 20s that I had lost touch with before she passed was there. “Who is Debbie?” she asked. I was floored. She said my grandfather was there, too. Guisela explained that souls are souls—our bodies go away, but our souls don’t change. I wondered if my soul would still have adventures in the afterlife; it sounded like it might.

Guisela told me stories about reading for law enforcement; apparently she can see how a person died, and even come up with names of those involved. She told me that when some people visit her for the first time, they give her a fake name. “They’re afraid I’m going to Google them,” she said with a smile, “but, that’s so funny—I don’t even have a Facebook account.” She spoke of seeing the imminent death of a client and simply telling her to live each day as if it were her last. “When it’s your time, it’s your time, and you will be reunited with your loved ones.”

There was no drama, no swooning and no chimes. Guisela certainly has a gift—she told me things that only I would know—but, a part of her gift, I think, is bringing peace and comfort to people. If stressed, I’d frankly rather pay someone like her to talk me off the ledge than a therapist. This was an adventure in something I’m not very good at: being still, listening and trusting.

And, yes, mom—I got my hair done and did a load of laundry.

Contact Guisela Montes here. It costs $80 for a one-hour reading. 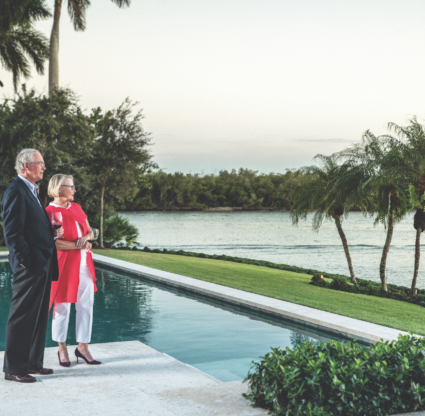