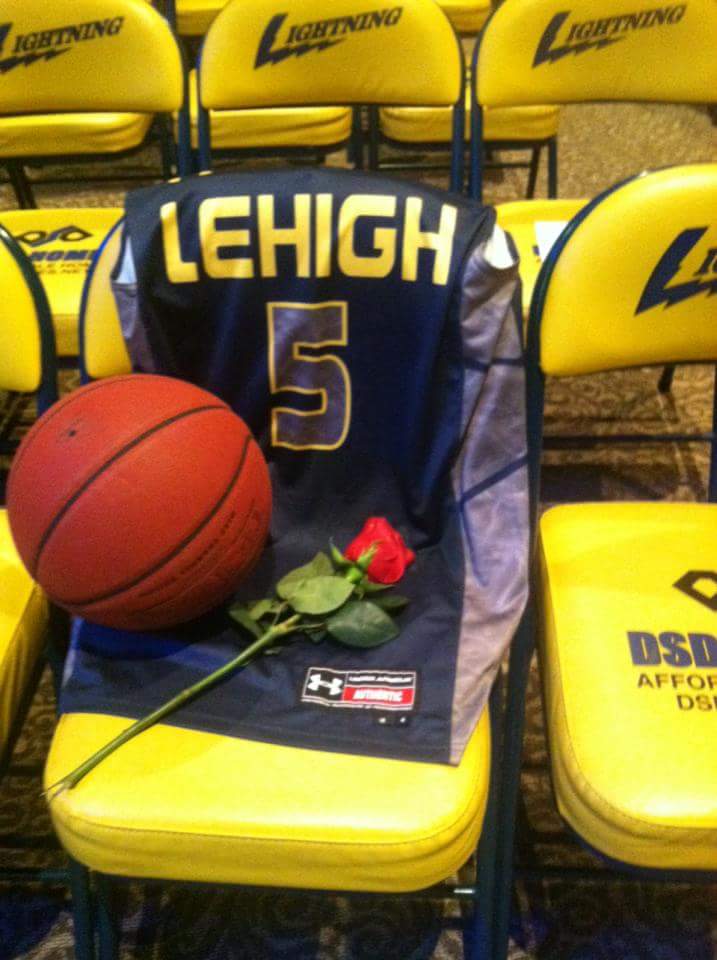 There is no sight more haunting than a child in a casket.

In Fort Myers over the weekend, there were two. Sean Archilles and Stef’An Strawder. Two boys in white coffins put there by shooters who remain nameless, even though their names rest on the tongues of too many people who refuse to speak out.

There is a sight more haunting than a child in a casket—and that is one who lies there for no other reason than being in the presence of one wrong crowd feuding with another wrong crowd.

Stef’An, the kid who never stopped moving, motionless. Above him, a gold “L” for his high school, Lehigh Senior High, where he was a standout athlete. His basketball teammates draped his No. 5 jersey on a seat between them. A portable hoop had been reeled in in homage; the school’s alma mater would play as pallbearers carried him away. Stef’An had been pegged as a Division I college prospect. He’d been destined to get out.

If you really want to cut at the heart of a community, murmurs Ted Sottong, founder of the nonprofit leadership organization Pick Up the Ball, you take out a kid like Stef’An.

We’ve been reporting in Dunbar for about a year, trying to understand the environment in which these teens grow up, chronicling the efforts of a small group of them and their mentors to redirect a generation and restore a sense of morality, order and hope.

We’ve witnessed beautiful things—relationship-building efforts between Pick Up members and police; elated kids securing scholarships through the I WILL Mentorship Foundation; the 10th anniversary of a last-day-of-school bash hosted by a mom who opens her home to the community; weekly soul-searching at Transformers Club and Diamonds in the Rough mentoring sessions. We could go on.

Gangs, drugs, violence—none of it is new. But it has taken a troubling new twist.

“Let me tell you what they did at Club Blu. They got out the car and they just started shooting,” says Tonio Bridley, 24. Stef’An was a friend; Sean was a member of a youth basketball team that he coached.

Hits used to be mafia-style, Tonio says. A single target, a single shooting. The tactic doesn’t make murder “right,” but it does prevent the innocent from being slaughtered. Do you remember the grandmother who died in April while playing cards in her friend’s living room? Or have you already forgotten Gloria Sparrow?

You might blame—as many are—poor decision-making for landing Stef’An and Sean in the path of bullets. But how many other teens in other neighborhoods have to worry about dying as a consequence of pushing their boundaries on a summer night?

Shootings like theirs terrorize an entire community. Charlene Walls didn’t know the victims, but the drive-by is just one more reason she hates that she has to call Dunbar "home." Maintenance workers painted over the two bullet holes in her front door at the Sabal Palm Apartments before she moved in. She runs the TV at night, for light and sound. Otherwise, the smallest of noises—an air-conditioner kicking in, an item falling off the counter—magnify and set her heart racing.

“I’m serious when I tell you: Just to live another day without getting shot is a blessing,” Walls tells me. Her 5-year-old daughter hovers by her side. Walls has a good job in marketing and a track record of community involvement. What the divorced mom doesn’t have: the money to get out.

Fear has a stranglehold here.

It’s why Walls won’t even walk to her mailbox anymore and more insidiously why Sean and Stef’An’s killers walk free.

“Everybody still lives by the snitch code,” says Shaun Sparks, 20, who like Tonio is a friend of Stef’An and former coach of Sean. “You have to start with yourself. You have to look in the mirror. If somebody is complaining about the shootings—look at yourself. Do you know something?”

Within days of the shooting, eight people had withdrawn complaints, The News-Press reported, essentially telling police they did not want them to pursue action, presumably out of fear that they’ll be targeted next. That included some of the victims.

“I remember I was taught in my family if somebody hit you, hit ’em back,” muses CJ Ritchie, who is 19, and a friend of Stef’An. “Now you 17 and … if somebody shoot at you, you better shoot back. It grows up. And that pride grows.”

“He loses his life because these boys out there being stupid. It’s sickening. And it’s rotting our city. These boys, they don’t got a clue.”

He said his good-byes privately; a funeral is too much.

At New Life Assembly church, Gerah Leaphart, who goes by his nickname, RahRah, steps out of the sanctuary. It was his 18th birthday, spent honoring the too-short life of a friend. He says he doesn’t really know what to say, but the words he does offer say too much:

It’d be easy to just write off the whole community as a hopeless mess. But to do that would ignore the resolve of young adults like Tonio and CJ and Tonio’s wife, Jamesia, who are hashing out plans to work missionary-style with the children growing up in the community’s most notorious pockets. Or Shaun, who is urging people to stop talking about change and start creating it. “Just be a voice,” says CJ. “Take it one by one by one.”

To disregard the community would be to write off the potential that mentors like Ted Sottong see buried beneath the tough-guy facades of neighborhood boys.

“I do lose hope sometimes. I lose hope in a community and a culture that seems firmly entrenched in a path of pride and self-destruction. The force behind it overwhelms me often. But it’s the young men who I know as individuals where I see hope. They know there’s another way. They just need help finding it.”