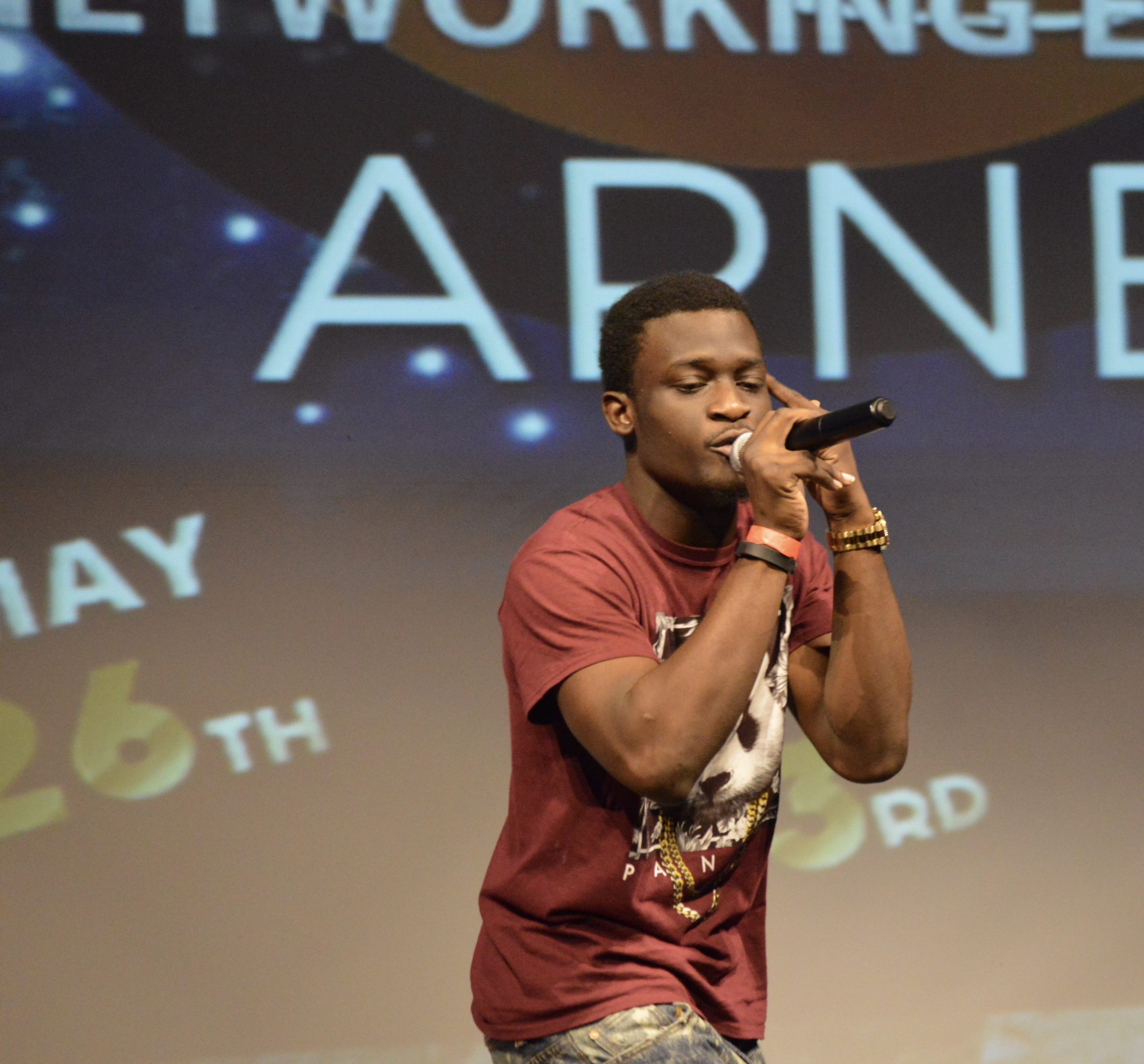 As Southwest Florida’s artists, musicians, actors and dancers gear up for season, we know we’ll be treated to high quality performances and exhibits that are months, sometimes years in the making.

But there’s something special about spontaneous bursts of creativity; something even more special about stumbling into them quite unexpectedly; and something truly touching about seeing residents react to heartache through verse, rap and song.

Once a month, a group called Gulf Coast Leisure hosts an art and poetry networking night at the Sidney & Berne Davis Arts Center. It’s a venue for artists of all stripes and abilities to showcase their work, and it tends to draw a highly diverse crowd, a welcome sight in Fort Myers where audiences don’t always represent the area’s racial, ethnic and socioeconomic range.

The organization was founded a couple of years ago by two longtime friends, Brian Franklin and Marco Cruz, who loved to jam together and loved performance art of all types. Franklin had moved to Tampa for a time and was impressed with the city’s poetry scene. Upon his return, he adopted the “If you build it, they will come” mantra and decided to create what he felt the region lacked.

He and Cruz introduced Gulf Coast Leisure first at a now-defunct restaurant in Cape Coral. When they outgrew that space, the Davis Arts Center took them in.

“You look into the crowd and you see so many people—teachers, lawyers, people with 30 years job experience, people with no job at all. It was awesome to see it organically grow like that,” Franklin says.

We dropped by last month’s session to find out what it was all about. Charlene Walls, the co-host, suspected performers might convey some strong messages in the wake of the mass shooting in Fort Myers that killed two teenagers and just weeks after the nation was rocked by police shootings and then shootings against police.

And she was right. A young woman named Kaitlyn Ryan presented a narrative poem about internal struggles, oppression and anger and urged listeners to perform small acts of kindness as an antidote to hurt, fear and violence. Rapper Judah Williams lamented the conditions of the streets—drugs, violence, loss of rights, loss of hope.

You can gauge the temperature of a community, Franklin says, by listening to the work of its artists.

Not that every performance was heavy—one of the biggest delights at the last session was a 7-year-old girl named Kiki who sang Meghan Trainor’s “Your Lips are Movin’” with her aunt. Her father, Watson Papillon, a singer who goes by the stage name Siti Slicka, had moved to Fort Myers from Miami where performance opportunities are plentiful. He was glad to take advantage of the open mic.

“It’s a positive thing you are doing for a community of artists,” Papillon says. “There are a lot of hidden gems in each city and this is providing a platform.”

Performing artists of any experience level are welcome to participate. There is no charge for performers. Franklin’s only mandates: Respect the center and respect yourselves. “Even if this is your first time taking the stage, as long as you’re taking yourself seriously, I know you’re taking us seriously.”

The next session is tomorrow, Thursday, at the Sidney & Berne Davis Arts Center in downtown Fort Myers. Doors open at 8 p.m. There is a $10 cover charge. For information, visit the group’s Facebook page.