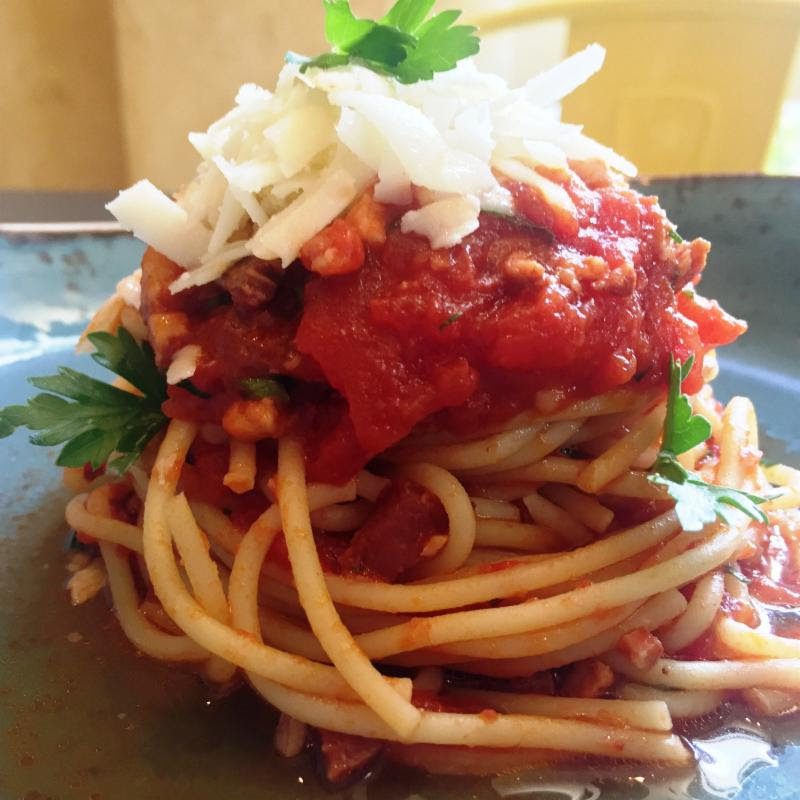 If devotion to red sauce is never a question, and you know the difference between spaghetti and bucatini, chances are you’ve had either of those all’ Amatriciana. But until a devastating earthquake on Aug. 24 leveled entire streets in Amatrice, Italy, to just piles of terracotta and stucco fragments, you may have not known it meant the dish originated in that historic town just east of Rome.

When it comes to disaster relief, every little bit counts—even a dollar here and there—and three local restaurants are pitching in to help: Sea Salt, Barbatella and Osteria Tulia. What’s incredible is that they are not alone. Just two days after the quake, more than 700 restaurants worldwide had unveiled similar campaigns of solidarity using that iconic dish. (If it hadn’t been for the earthquake, the town itself would have been celebrating its annual food fest, Sagra degli Spaghetti all’ Amatriciana, on Aug. 28.)

In Naples, Florida, each of the three restaurants will offer an all’ Amatriciana special available for lunch and dinner this fall, with a portion of your dining dollars being sent overseas.