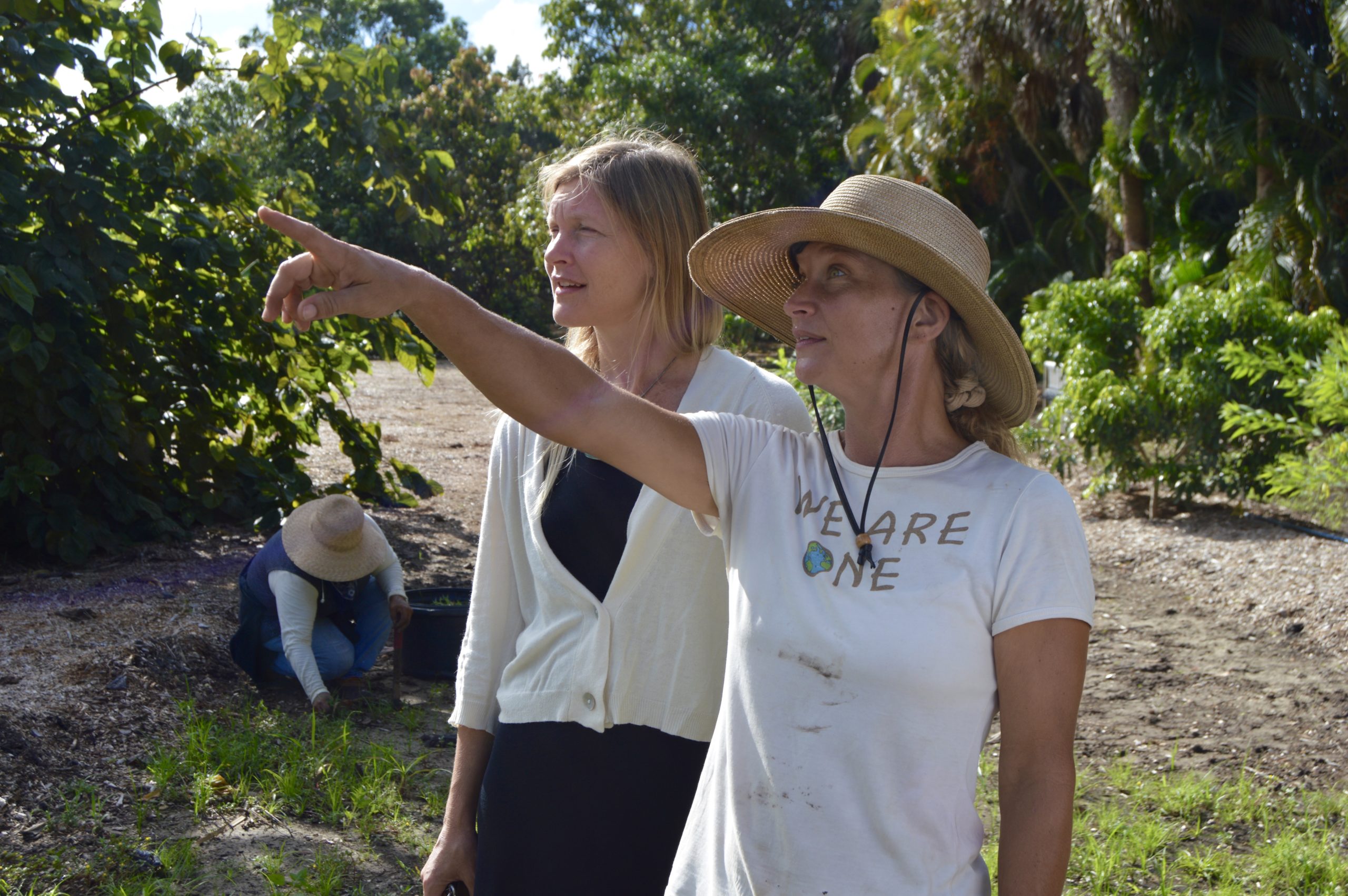 Maybe it’s the exotic name, the Shangri-La Springs. Or the concrete wall obscuring lush grounds from street view. Or the quizzical-sounding title of its current owner, the Lama Hana Land Trust. Or perhaps, it’s on account of its many-year closure followed by its opening to private groups only.

Whatever the reason, the Shangri-La Springs in Bonita has been shrouded in secrecy for years, despite its very public origin as the Heitman Hotel, which its namesake family built in 1921 to provide lodging for potential buyers of its real estate developments.

Its current managers, though, have lifted the proverbial veil and want to make the old property a centerpiece of the newly evolving downtown Bonita Springs.

“We really want to be a part of the community,” says Zawi Borsa, the general manager and artistic director.

“It’s one of the only places left that is really Old Florida,” adds Pyro Rodriguez, the recently hired executive chef, who prefers to be known simply as Chef Pyro. “And anyone can come in.”

Together with their staff, the duo is writing Shangri-La’s latest chapter, which both honors its past and re-imagines its future. The push toward public inclusiveness began about a year ago and has intensified of late.

By December, the one-time hotel will again see overnight guests; a quaint six-room lodge will be rented out for bridal parties, retreats and the like. An octagon-shaped building is being restored and will host classes and special events. There are plans to turn the old tennis courts into an expansive patio for tented outdoor celebrations.

Chef Pyro has opened the dining room for lunch Monday through Friday (and for dinner by reservation on Art and Culture nights), crafting a menu that celebrates local, fresh and organic—drawing mostly from the property’s garden. Just 2 years old, the 2-acre garden is flourishing with herbs, microgreens, vegetables, berries and fruits both commonplace and exotic. Last year, Millisa Bell, the organic gardening consultant overseeing it, and her crew harvested 3,000 pounds of bounty. They expect to harvest even more as it matures and as they complete a 500- to 800-tree orchard installation.

“My magic, my inspiration comes from this garden,” Pyro says.

The programming choices and organic offerings stem from the property’s history. In the early 1960s, the hotel (which had been renamed Villa Bonita) was purchased by Dr. Charles Gnau, an osteopath who was interested in the health benefits of the mineral spring found on the hotel’s grounds. He would set the course for the property’s future.

In 1964, R.J. Cheatham, a holistic practitioner, bought the property, renaming it Shangri-La and dedicating it as a place of spiritual and physical health. It changed hands in 1993, and then in 1998 acquired by the Lama Hana Trust, whose founders wanted to protect it as Bonita’s development boomed. The property was closed until early 2012 and then opened on a limited basis for private events.

To see the grounds teeming with guests during September’s Art and Culture event, indicates that the one-time ghost of a place has indeed come back to life.

“I love this place,” said artist Cesar Aguilera, whose easel was set up near the front entryway. He painted in between mingling with guests. “It has this whole vibe of tranquility, of being transformed to another place.”

Outside, a drum circle set up near the mysore fig tree; inside one building, a yoga class rolled up their mats, artist Susan Sholle-Martin helped children watercolor bookmarks and painter Jane Portaluppi-Durand laid out her latest work.

As a girl, Sara Haven used to be at Shangri-La all the time. Her mother was the spa director and her father and grandfather had done quite a bit of remodeling work.

“I haven’t been here since the ’90s,” she says. “I think (the reopening) is a wonderful thing. I feel like a kid again.”

This time, she brought her own child, 4-year-old Ava, to experience Shangri-La. The little girl worked on a butterfly bookmark with Sholle-Martin.

“I think this is wonderful,” the artist says. “There is such a healing spirit to this place.”