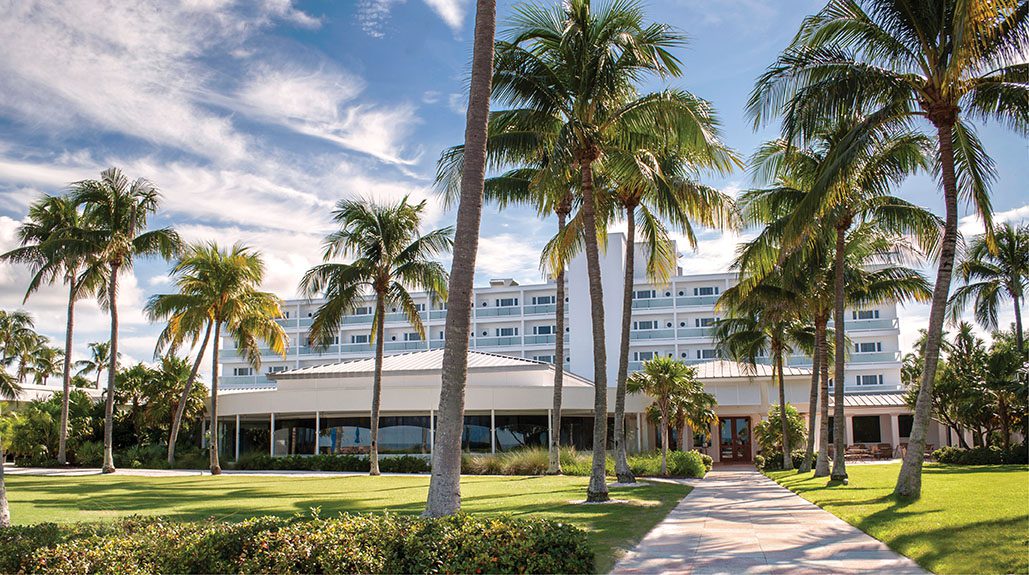 The Naples Daily News reported today that the Watkins family is examining what the future will be for the iconic Naples Beach Hotel & Golf Club, including the possibility that it could be sold. If that happens, it would mark an end of an era in Naples.

The hotel has been in the hands of the Watkins family since the 1940s, when Henry Watkins Sr. moved from Ohio to South Florida to purchase the property along with what was then about 90 percent of the land in Naples. The family has owned and operated the hotel since then, expanding it and hosting traditions like the free SummerJazz concert series on its lawn overlooking the beach. Henry’s grandson Michael Watkins serves as hotel president currently.

The story of the hotel is greatly entwined with the family, which is greatly entwined with the development of Naples. The Watkins crew isn’t one to self-aggrandize, but through the generations, it’s helped shape Naples into what it is today. Their fingerprints are on everything from Cambier Park to NCH to The Naples Players. And, the hotel is a testament to Old Naples, hearkening back to an era when the beaches were a lot less crowded and high-rise condos didn’t loom overhead. We wrote about the Watkins family in our November issue last year. Read the full story here. (Michael Watkins has also been named one of our Men & Women of the Year.)

When I spoke to the family last year, they were vague about the future of the hotel. Michael and his brother, Henry III, own the hotel 50-50. They have five children, all of whom live out of town. The possibility of the kids returning to run the hotel and carrying on the Watkins tradition seemed slim. “Time will tell,” Michael told me. Apparently, time has come to make that decision.