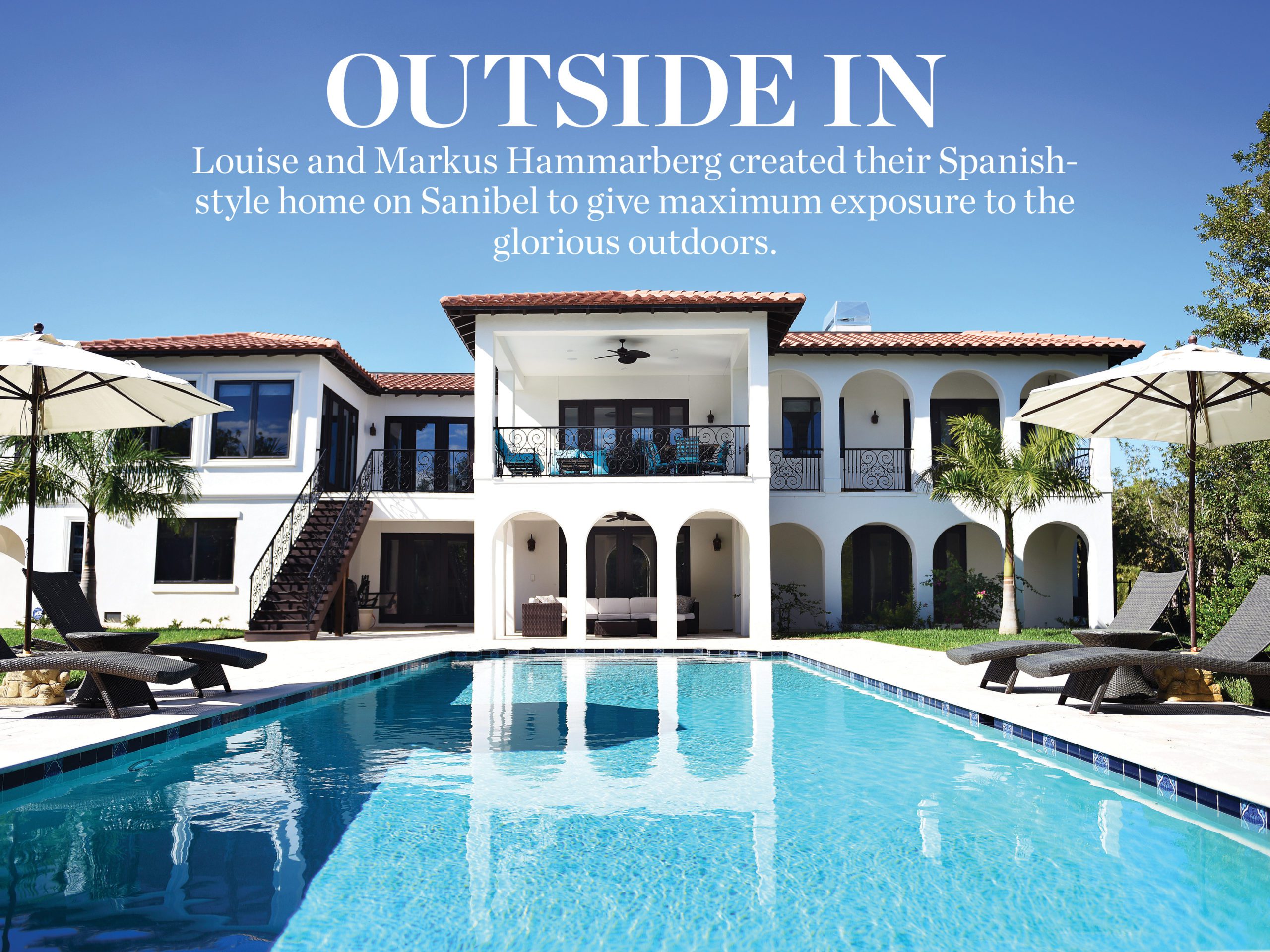 Some people are born glamorous. Others have glamour thrust upon them. It’s difficult to say just where on that sliding scale Louise and Markus Hammarberg fit, but it’s clear they’re capable of covering all of the bases—glamorously.

The couple, who own Stockholm Design, an award-winning Los Angeles-based entertainment advertising agency, built their lovely 4,000-square-foot home on Sanibel Island to bring a little bit of their California lifestyle to the west coast of Florida. Louise had visited the island several years earlier while modeling and never forgot the impression it made.

“My husband and I were sitting in our office one day and talking about how we could never go away on vacation because if a client calls you, you’ve got to go to work,” she says. “The movie industry is not (made up of) the type of people (to whom) you say, ‘Oh, I’m sorry, we’re on vacation.’ So we thought about getting a place somewhere where we could actually work and be away for more than three days. We bought a little beach house on Sanibel, and within a few months we realized we needed something more permanent here.”

Built in 2012, the Spanish-style five-bedroom, four-and-a-half-bathroom home is inland, near Casa Ybel Resort, but still close enough to walk to the beach. “I know all people think about when they come here is ‘beach,’ but for us this is so much better,” Louise says. “For us, the beach cottages usually have a million people walking up to them all day long—or they have no yard. Here we have 2 acres.”

The couple—whose business has created campaigns and key art for such blockbusters as all four The Hunger Games films, all the Divergent films, The Expendables films and even The Twilight Saga, just to name a few—knew what they wanted when they bought the vacant piece of land and brought in an architect to bring their vision to life.

“We wanted a real connection to the outdoors,” Louise says. “So our vision was that wherever you are in a room, it should not be a dead end. You should always have a way out to the beautifulness.”

To that end, four of the bedrooms have access to either a patio or balcony, as do the living room, dining room and kitchen. The latter features a beautiful 13-foot wooden island, quartz countertops, and Sub-Zero and Wolf appliances. The main living areas open onto a patio that stretches the entire length of the house, overlooking the swimming pool. The home is wrapped with elegant wrought iron railings imported from Florence, Italy.

Inside, dark hardwoods throughout flow through elegant Spanish-style arches creating an ambiance that’s fit for Rudolph Valentino, but tends to host the likes of the Hammarberg children, Hunter, 13, and Hailey, 9.